how do I stabilize opamp amplifier oscillation 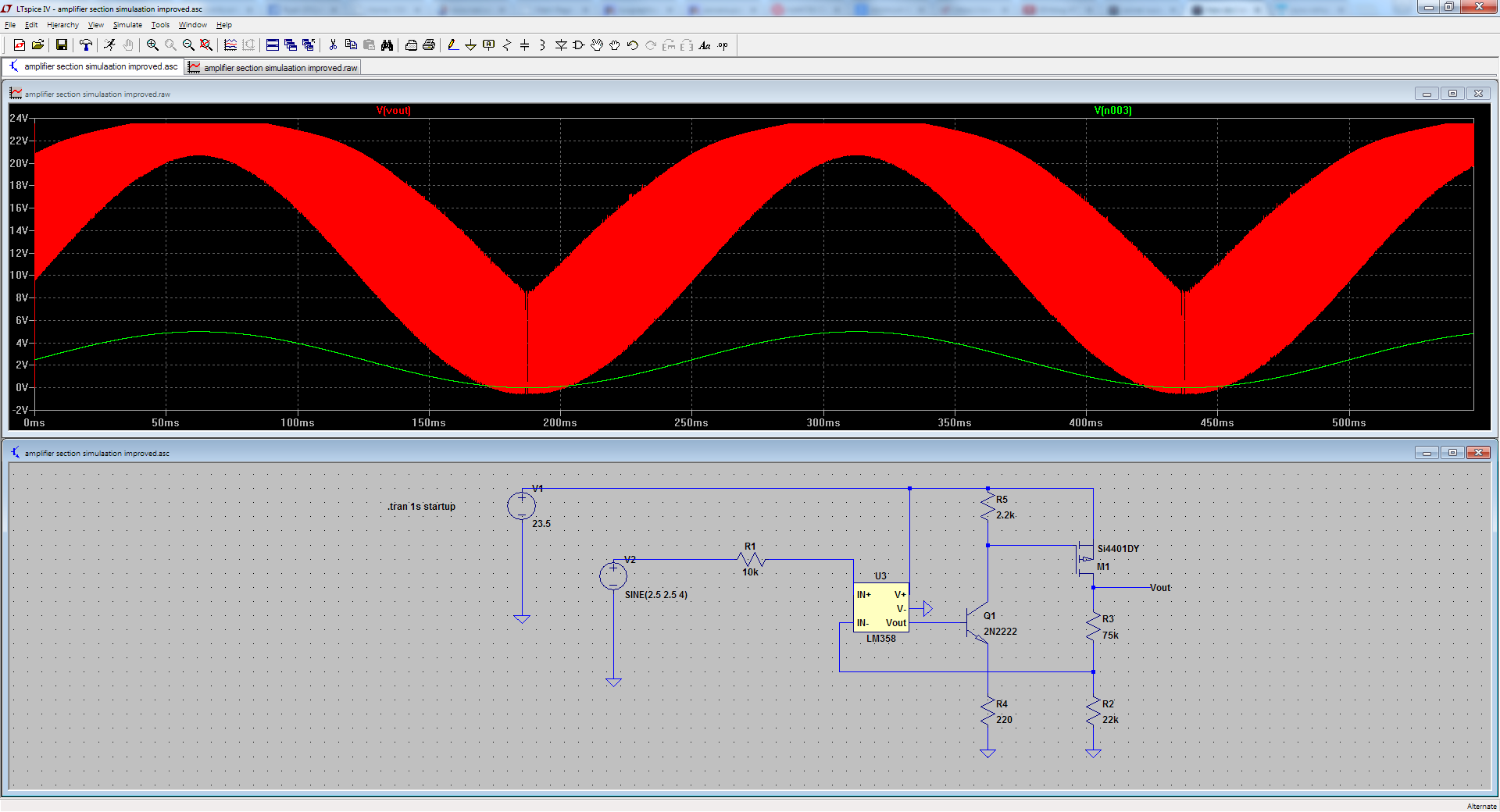 It's a power amplifier which amplifies a microcontroller DAC signal 0-5VDC and very low current, to 0-22VDC, with current draw up to 2.5A. That would be a gain of approximately 4.4. The input voltage only changes several dozen times per second. Let's say 100Hz to be safe. But it needs to operate over a wide range of (fluctuating) loads. Load could be from 5 ohms to 5 megaohms for example.

It simulates just fine with the default PMOS component, which I suppose is an ideal FET. But when I add all "real" components in, I get oscillation occuring. How might I stabilize this? How accurate is a simulation in such things compared to a real circuit?

Is there anything else that looks like it could be an issue in this circuit, for example part choice, voltages, etc?

I've made some changes based on mostly trial and error, but educated by the replies below. I managed to remove the oscillation fairly quickly, but, I have no idea why adding a capacitor in each of these locations solved the problem. I needed both of them, and I needed to fine tune their values a bit. 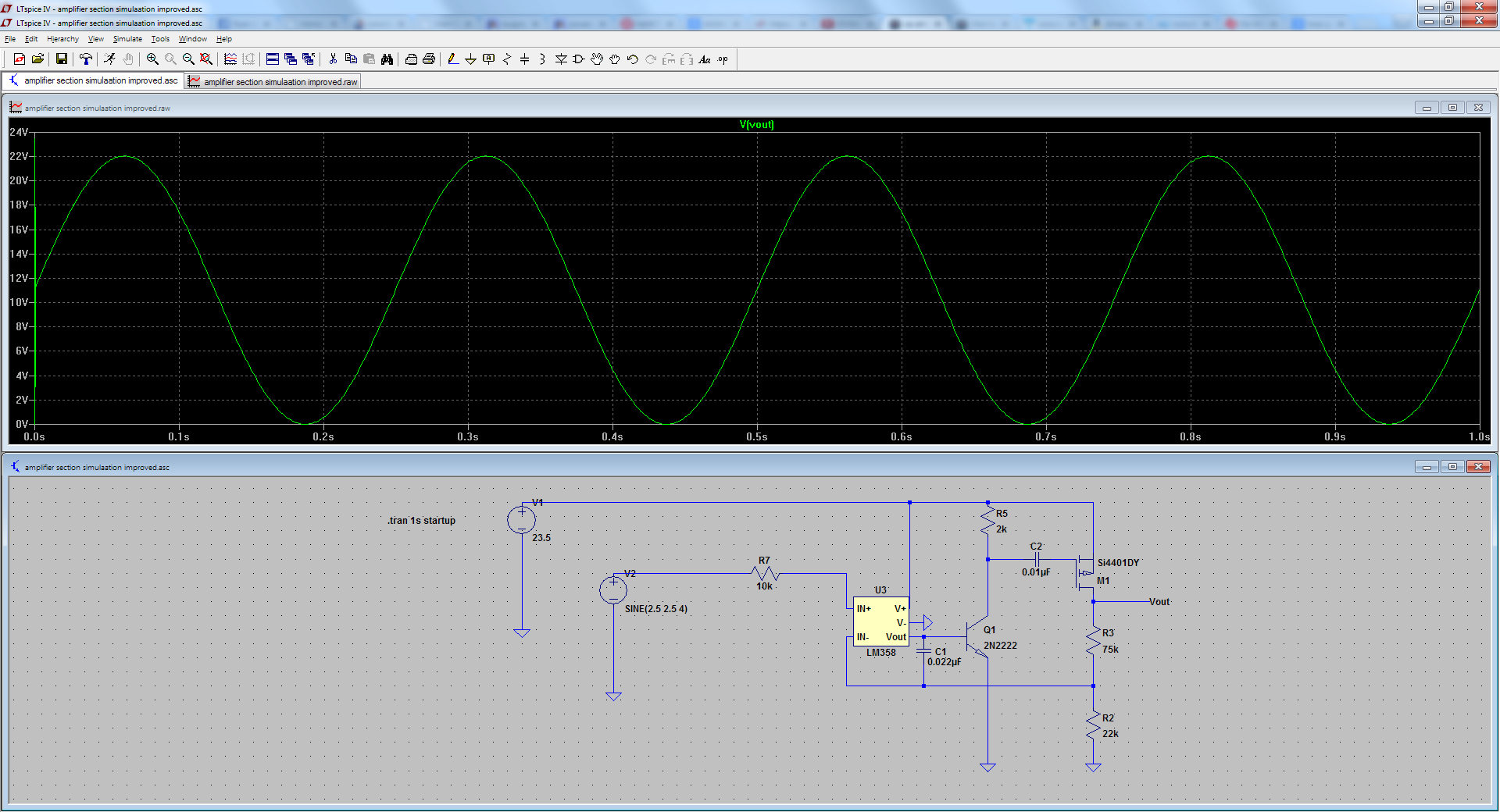 This is for a power supply so the new voltage spike at the beginning is rather disastrous. Here is a closeup of it now with a resistor added in series with C1 to stop it oscillating: 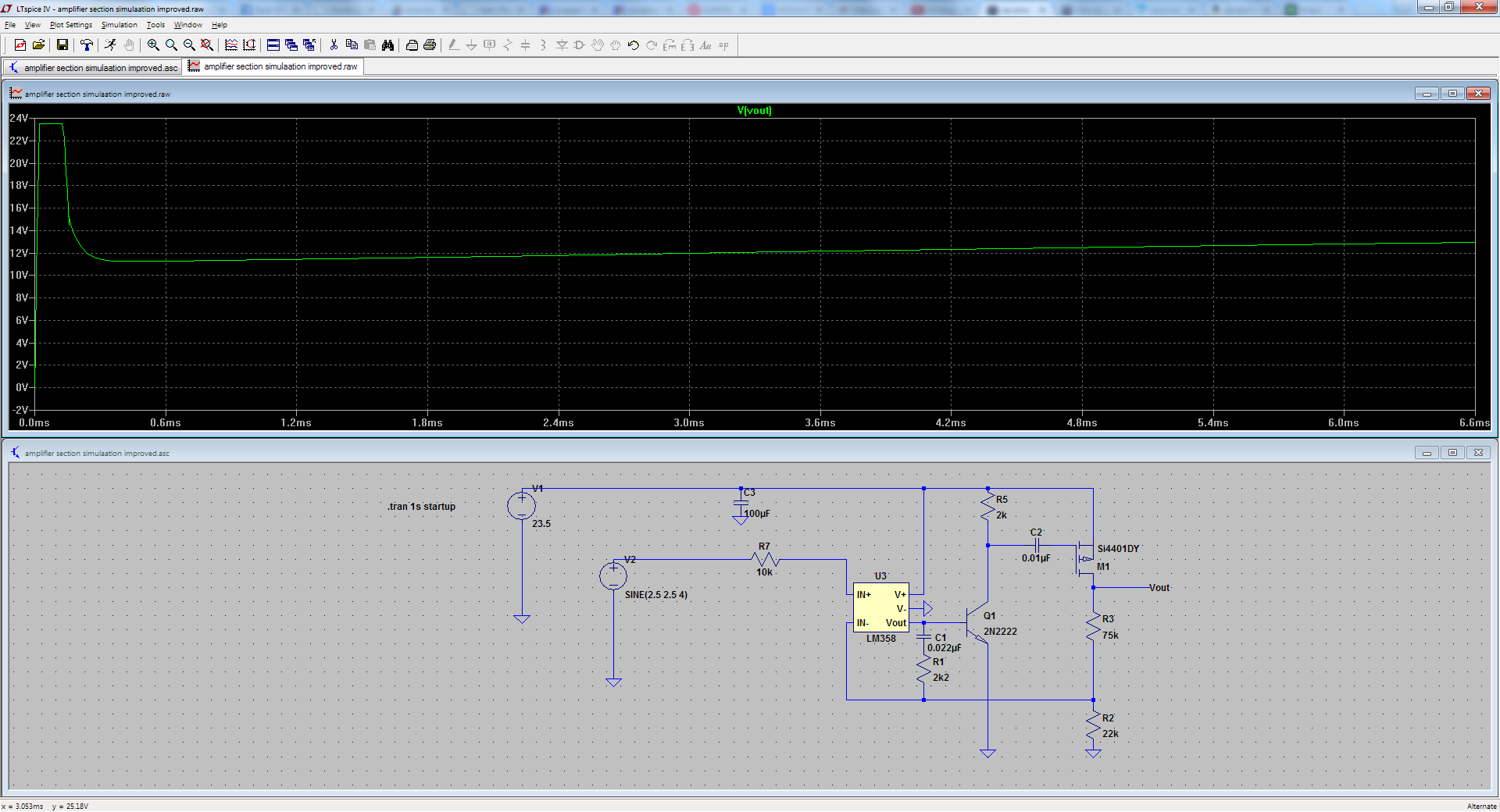 For instance, a typical op-amp might have a phase margin of 40 degrees. This means that instead of the inverting input producing a 180 degrees shift (i.e. true inversion) it is more like 40 degrees.

This of course will be at a high frequency where the op-amp's characteristic has dropped to unity gain i.e. far above where you would consider using it normally. But it's still there in any op-amp circuit you might design.

If you add transistor amplification (say 20dB) after the op-amp output (and before the feedback), you will now have a phase margin that is 40 degrees at a gain of 20dB and, if you determined what the phase margin is at a higher frequency (one where the extra 20dB is eroded to zero dB) you'll almost certainly find that the phase margin passes thru zero degrees and therefore you have created an oscillator!!

Here is a similar question/answer

EDIT - I've added a picture of the open-loop gain and phase of a medium speed op-amp to consider: - 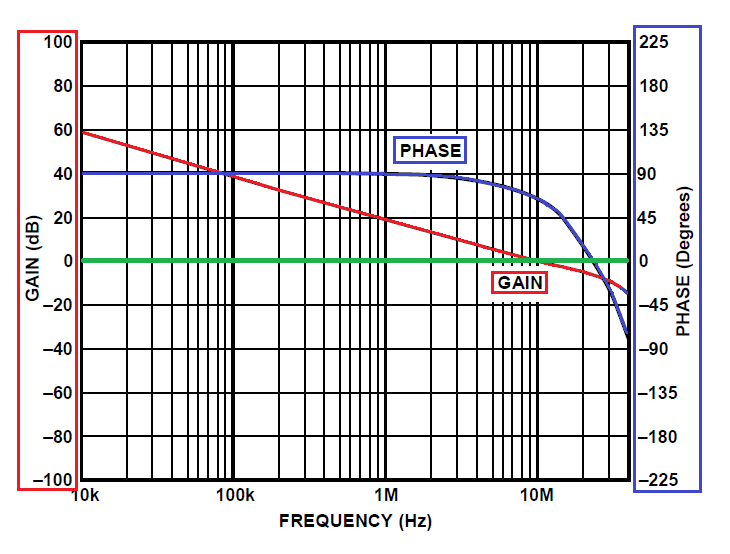 This graph is the basic operation of the op-amp in question (AD8605) and is irrespective of how you apply feedback and how much you apply. The only point is that the red line (gain) will rise maybe 10dB when you put transistors within the feedback loop.

With the red line rising by 10dB, the unity gain crossing point is around 30MHz - what is the new phase margin - it's probably about -40 degrees i.e. well past the point of stability. Look at the graph - with sufficient gain added inside the feedback loop, this device (AD8605) will oscillate at about 25MHz.

Lower the gains in your transistor circuits is my advise.

The LM358 device is unity gain compensated. That means: This opamp is stable down to unity gain with a stability margin which will be "acceptable". Unity gain is identical with loop gain=open-loop gain of the oamp (due to 100% feedback). However, in your case, the loop gain is even larger than the open-loop gain of the opamp (feedback factor with gain). In addition, both transistors add phase shift to the loop which is very critical. Thus, no surprise that the circuit oscillates.

You can stabilize the circuit connecting a R-C series combination BETWEEN both input terminals of the opamp. The corresponding values values depend on the real frequency response of your cicuit (loop gain). Therefore, can you show the simulation of the loop gain response?

3
How to calculate this LDO regulator, and how to prevent it from oscillating?