I am trying to figure out what the following components.

Below, I've included some pictures. 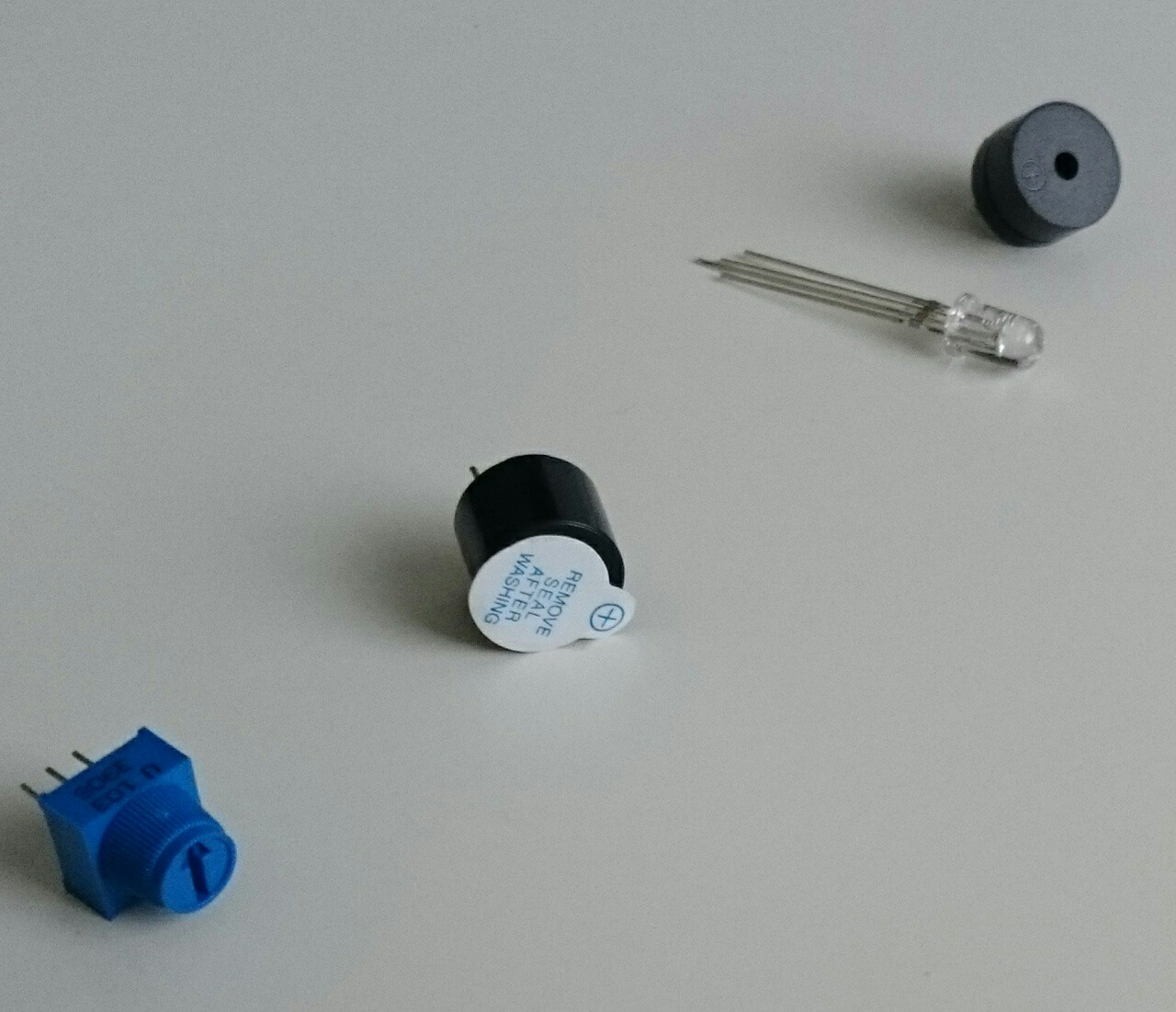 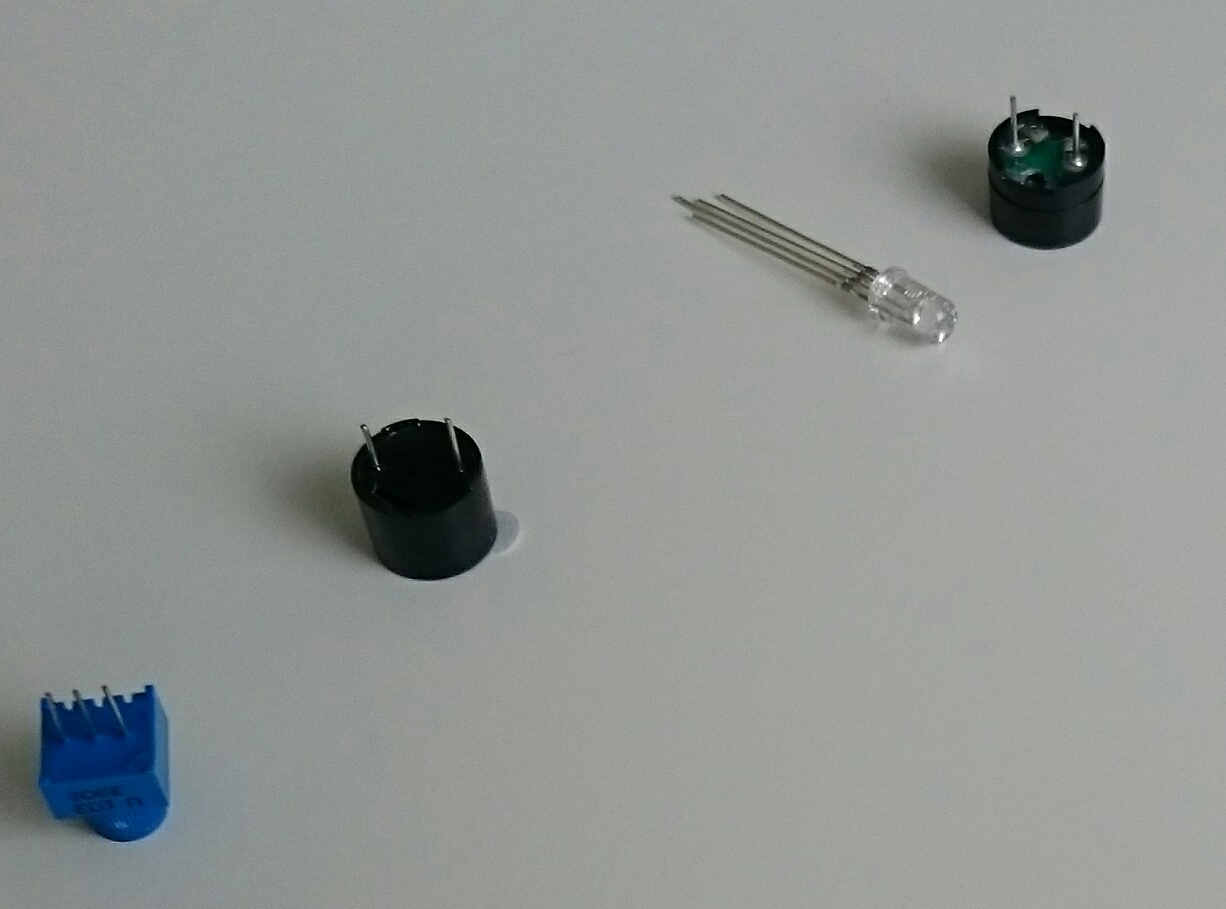 I think your assumptions are correct. Going from left to right and based on something I found describing that kit as including one active and one passive buzzer:

So you'll have some experimentation to do and without datasheets and part numbers getting the exact specifications of components can be difficult to impossible.

While it can cost a little more sometimes while learning it can be less frustrating to start with components of a known origin and most of the more professional suppliers like Digikey and Element 14 are quite easy to deal with even for low volumes. Especially once you get a feel for the components that will be most useful to have on hand and you're ordering a few things at the same time to offset postage.

8
Is this a proper way to connect a piezo speaker to MCU?
-1
Identifying a 20 year old 7 segment 9 digit led display

2
Help on identifying a component (marked 8C609)
4
Identifying piece of circuitry on a PCB
24
Do ‘wiperless’ potentiometers exist?
8
Electronic component that is like an LCD version of an LED?
3
SMD Component Identification 6 pin with diode properties
0
Buck converter output current
0
What are these fuse-looking cartridge case components on small, battery operated RF tranceivers?
2
Please help me in identifying surface mount component