How does electricity move when slowed down?

Everything I know about the basics of how electricity works assumes that everything happens instantly, which obviously can't be true since it would violate causality.

So say you have a battery and a switch hooked up close enough to be considered 'instantaneous', and then have a 1000 mile-long cable (assume near-zero resistance so things don't get ridiculous) running to a light, and back. The light cannot turn on until at least 5 miliseconds later, and likely longer since electrical field changes propagate at 60%-90% the speed of light according to this answer. But then what would this light look light? Would it go from no light to full instantly, or would it slowly turn on? And what about how much current the lightbulb draws? That information has to somehow be sent back, hence taking another 5ms, since some sources of power provide less voltage if more current is pulled. Is there some back & forth in such a system, where it takes some time for things to even out?

When does the light turn on?

And what about how much current the lightbulb draws? That information has to somehow be sent back, hence taking another 5ms, since some sources of power provide less voltage if more current is pulled. Is there some back & forth in such a system, where it takes some time for things to even out?

A transmission line is the missing link in your knowledge I believe. Using your scenario, at the instant the power is switched on, the cable offers its own characteristic impedance as the "knowledge" for what the load is. For a short length of time the voltage travels down the cable accompanied by a current governed solely by the characteristic impedance and the voltage.

Chances are slim that the lamp, as a load exactly matches the voltage and current arriving at it but, if it does then all is well and there are no reflections back up the cable. Here is a picture of what happens: - 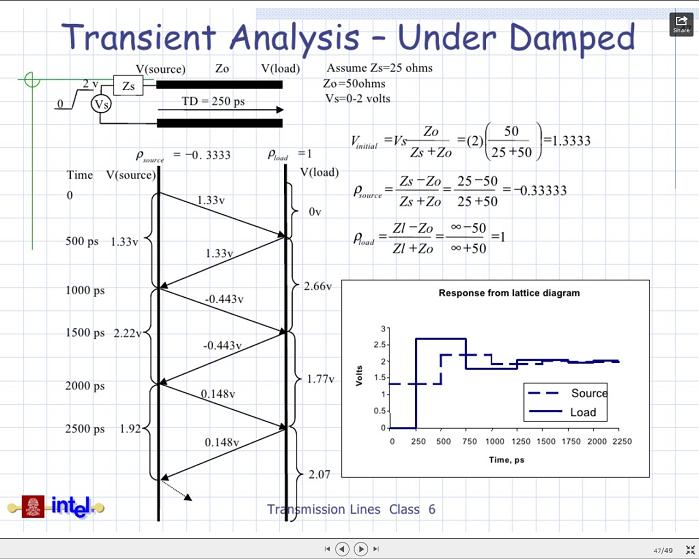 You have to get to grips with the concept of reflection and reflection coefficients to understand this properly. Here is a really nice tutorial that takes you through the steps and where I stole the diagram from. It starts at the below type of level so hopefully it'll be enough to get you started. 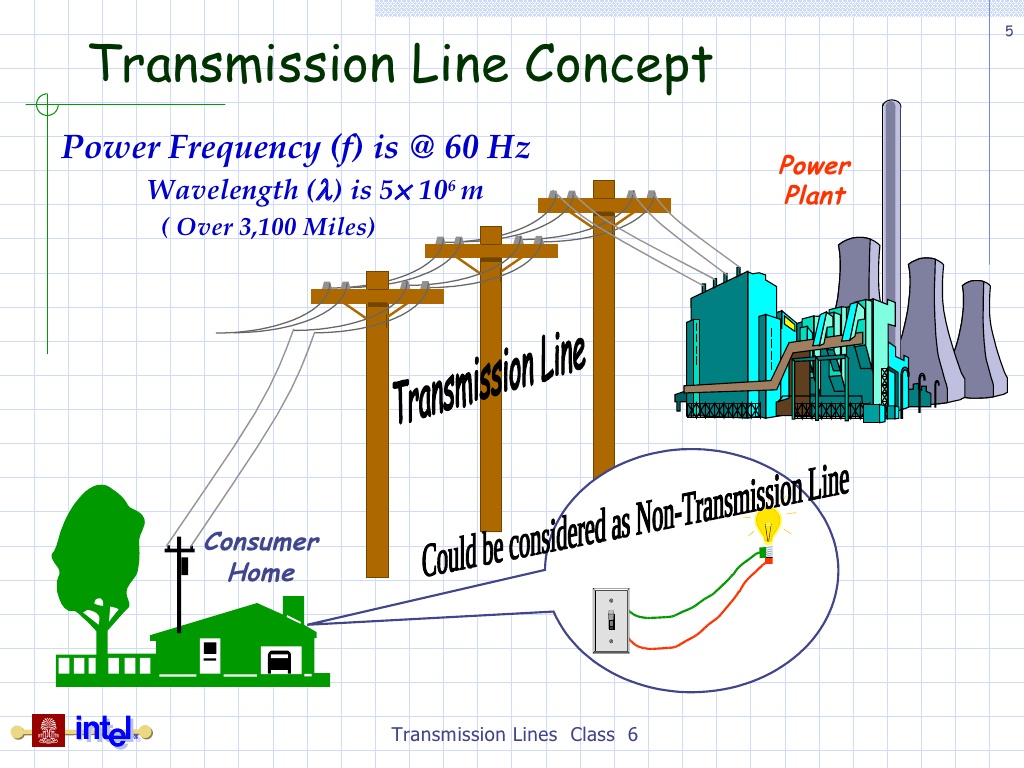 Assuming zero resistance across the entire length of cable, the light will turn on at the same finite speed it usually would, starting when the current wave gets to it. This also assumes no inductance or capacitance.

Amperage tells us that the individual electrons are actually moving rather slowly down the wire - or more probably shaking back and forth as AC does. That's fine - the wave propogates down the line near the speed of light when all the electrons start pushing on each other and its the same as any other current.

There is a transient when any line is energized, regardless of the load at the other end. Your perfect cable actually makes this more difficult to imagine, but a real cable adds inductance and capacitance as it gets longer. There absolutely is a transient period when energizing any line, and it's perhaps easiest to understand by modelling the wire as a number of inductors and capacitors. This can also give you some idea of what the electrons are doing during that transient. Generally speaking, current starts moving in the near part of the line, charging the cable in that area, building up magnetic fields and allowing the transient to continue on the next piece of the line.

When the current wave first encounters the bulb though, current is now flowing through the bulb and it will start to come on, in the usual way.

39
How fast does electricity flow?
29
Transmission line reflection. I would like a non-mathematical explanation