Switching between two Ethernet magnetics and one simple Phy

I'm deep into a project and I would like to ask how can I switch 2 ethernet interfaces to single PHY. I know that there're some suitable analog switches for this purpose like MAX4890, but I don't fully understand how does this IC work.

It's supposed that Ethernet signals are differential, depending on which interface you use, these levels could be +/-1V and +/-2,5V. My question is, how does this IC work with single and positive supply if needs to switch differential signals? In the same way, the PHY has also single supply.

Since OP has not mentioned the PHY being used, taking Micrel KSZ8021RNL/8031RNL as an example.Please look at the electrical specifications of the PHY 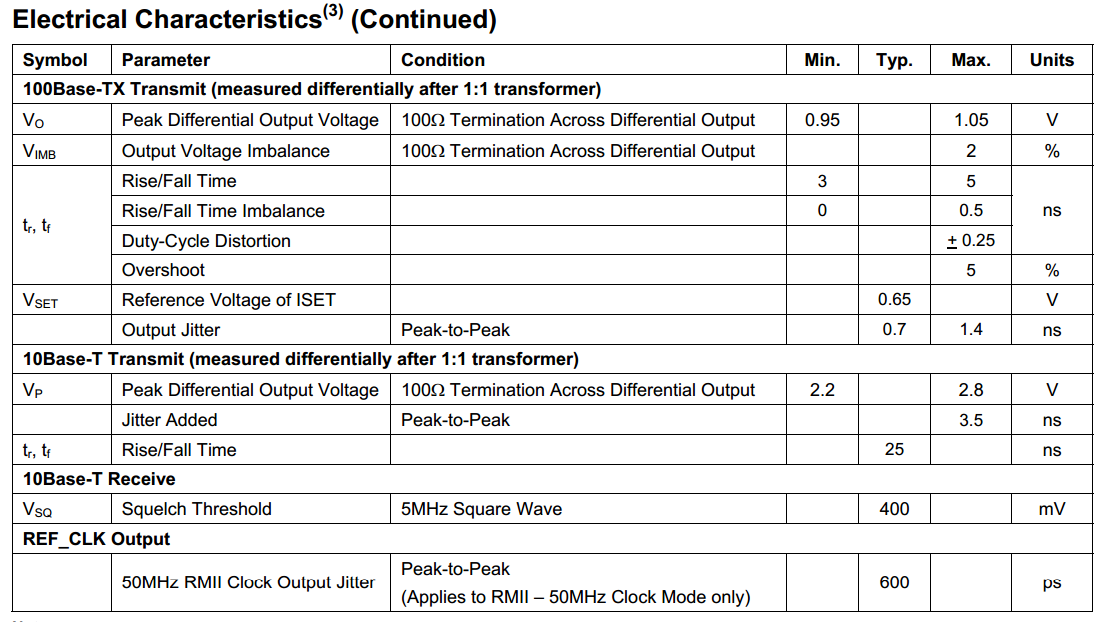 . You can see the differential output measured after 1:1 transfer lies between min. 0.95V to max. 1.05V, which is not the -ive voltage. For more details of the PHY electrical specification you can look page #33 onwards of KSZ821RNL datasheet. 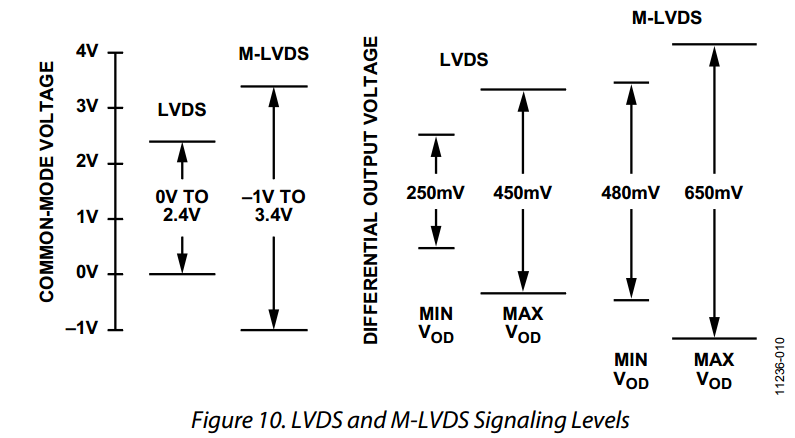 . The image source is Analog Devices application note AN-1177. And this also talks about multipoint LVDS.

Now coming to MAXIM MAX4890/MAX4891/MAX4892 LAN switch, you can easily use this switching between two ethernet RJ45 to a single PHY, as it shown as an example circuit page #39 of the switch datasheet, image for reference below: 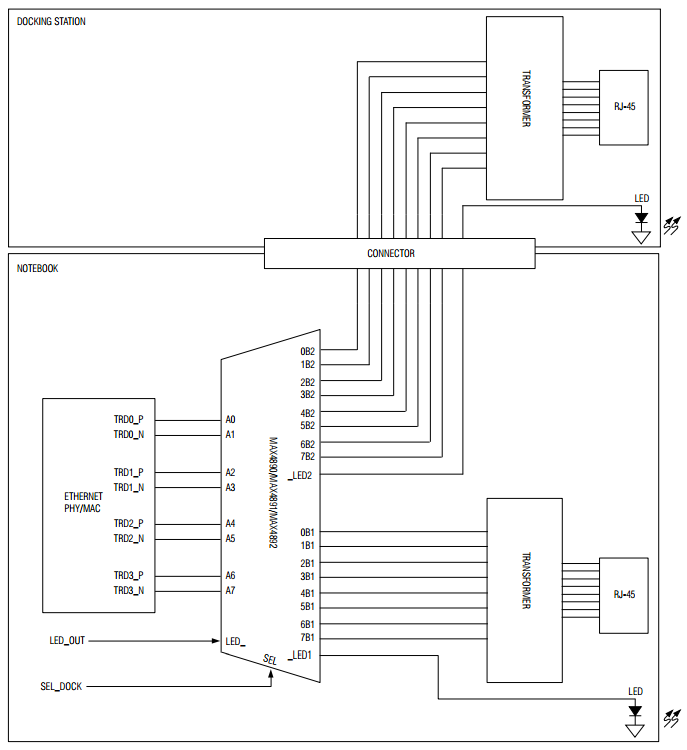 As a suggestion just make sure both your PHY and this LAN switch operate on the same voltage. And make sure to have a closer look at their logic levels as well.

Not the answer you're looking for? Browse other questions tagged ethernet phy or ask your own question.