I am using SPI to write and read the data from slave board. I have two questions regarding this process:

Question 1. Why when I am trying to read 1.000.000 bytes through SPI using 1 message, it works slower than if I divide them into K messages?

I tried to play around difference between one huge message per transaction and multiple smaller messages (which in total gives us exactly the same sized buffers) and I observed that lesser the message size, faster SPI transaction speed.

Question 2. Is there a way to increase SPI transaction speed?

According to my tests, pure SPI transaction for 1.000.000 bytes divided into 500 packages is taking 380ms of working time.

In addition here is some pieces of code that I used to compare and test:

Code is written in C++ and using spidev.h library.

Basically the board is BeagleBone Black.

UPDATE 2: I have done lots of tests and figured out what is going on and what causes the problem.

If we place 100 (which is read 100 bytes) instead of we will see next picture on oscilloscope: 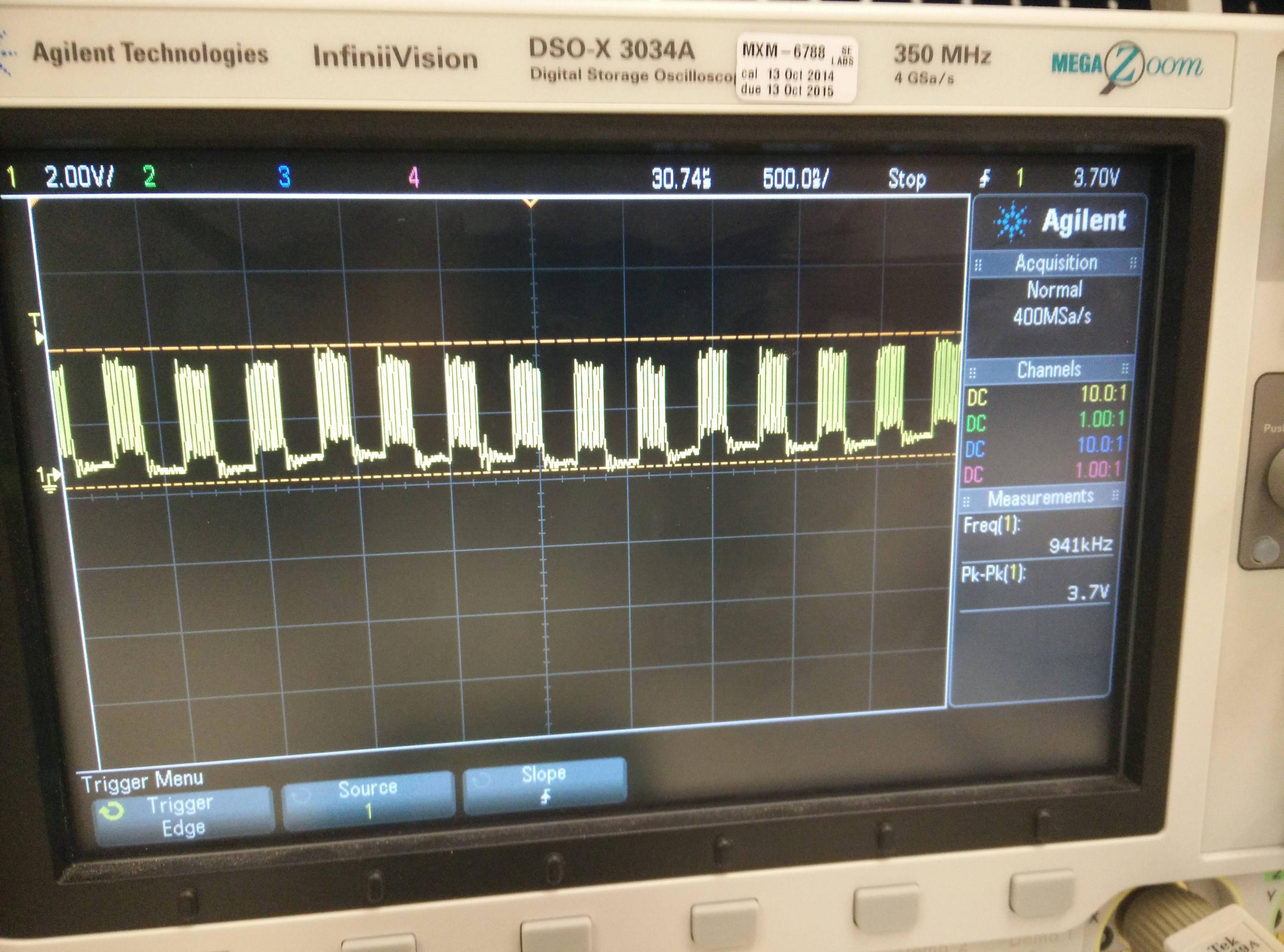 As you may notice, it reads 8 bits then pause, then reads another 8 bits. So the problem is those gaps between reading the bytes. Here is some test results using oscilloscope:

According to results, I cannot read messages larger than 100 000 Bytes in one package, since the gaps will create a huge overhead.

ANOTHER QUESTION What causes those gaps and how to reduce them?

As a general rule this kind of this is not best done this way. Are you actually using this code to do something or are you just trying to instrument the SPI capabilities? What else is running on the board and how is your kernel configured. What's the processor speed actually set to and what priority is your little app?

c) (for the madly keen) the PRU

Hope this is not a homework question! Here are 2 links to get you started on A.

Your SPI buffer is configured to only send a certain number of bits at a time. It will divide your message into segments of the buffer size as you are seeing on the scope.

Not the answer you're looking for? Browse other questions tagged spi beaglebone-black or ask your own question.