Lengthening charging time of a capacitor

I can drop the provided current by putting a resistor, but I don't want to create feedback to the circuit that provides the current.

Well, I like minimalistic solutions, so I decided I would simply let the capacitor leak. Basically, I'll be putting a resistor to redirect a good portion of the current. 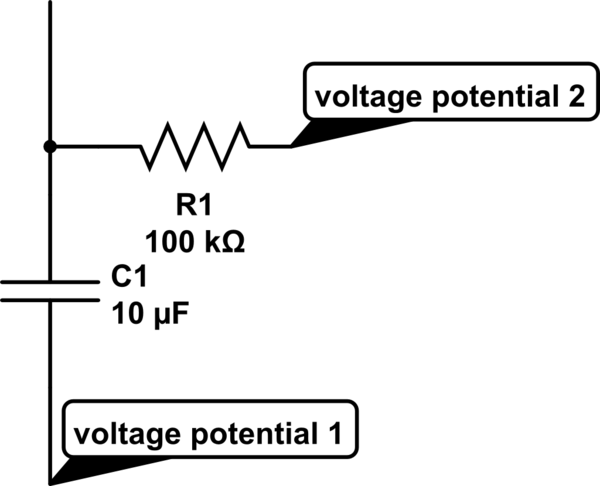 I say "leaking" the capacitor because a lot of time, the capacitor wold be directly grounded and the redirected current would not be used anywhere, so it might as well be flowed back to ground. Hence, it's like placing a resistor in parallel with the capacitor, leaking it: 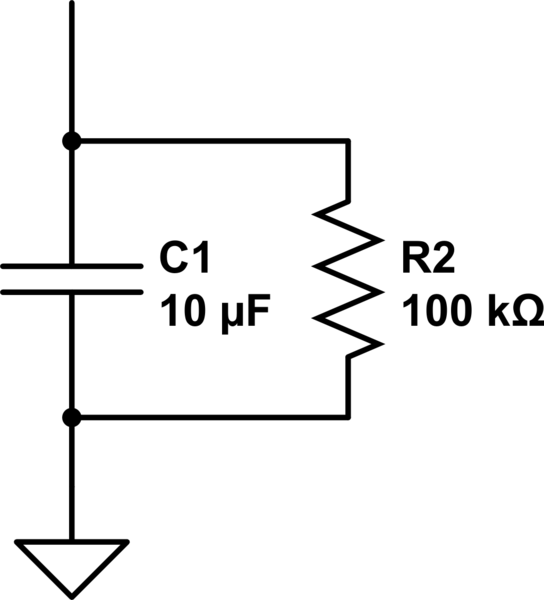 So my question is, given parameters

What are the equations describing this configuration, in ranges

I would hazard a guess that it's C = (I*t)/V ... But I don't know how to split the current (I) between the leaking resistor and the capacitor. Also (I'm not that sure) I think one has to take into account that the splitting of the current will change over time, as the capacitor gets more charged. Then again, one can simply assume that the charging is linear like we do with charging/discharging in smoothing capacitors.

The basic formula for a capacitor is Q = CV. If this is differentiated you get: -

So, for a given current and a given capacitance the voltage rises at a rate of I/C.

You appear to be saying that the circuit that generates the current is "fixed" and so the only option I can see is make the capacitance "several" times bigger in order to lengthen the charge time.

Putting a resistor in parallel will not get you what you want because the capacitor will not charge up to the full voltage.

A more complicated solution is to create a constant current sink (and this is not a simple resistor as per your shunt resistor idea). The sink would be in parallel with the capacitor and basically this diverts current away from the capacitor making the net current into the capacitor smaller and hence increase the charge time.

Not the answer you're looking for? Browse other questions tagged capacitor charging time formula-derivation or ask your own question.