Can I do anything with this LCD? I doubt it

Right, so I have ripped the 1.7" (ish) TFT module out of an HP PhotoSmart C4780. Despite HP's best efforts I can plainly see that it is made by AUO. No model number on it though.

Now, I have never had anything to do with TFT screens before now, but I want to have a play.

The screen has a single mylar strip connector, and I can see which of the connections break off to the back-light, so that's not a problem.

From what I can see the rest of it doesn't need anything 'special' - the board it normally plugs into is powered by a PIC16F727, so it must be possible for me to interface it to some other PIC instead (I have a selection to hand).

But how do I get started? I don't even know what connections to expect there to be on the mylar strip, and how to work out what should be where.

Any pointers would be most appreciated. 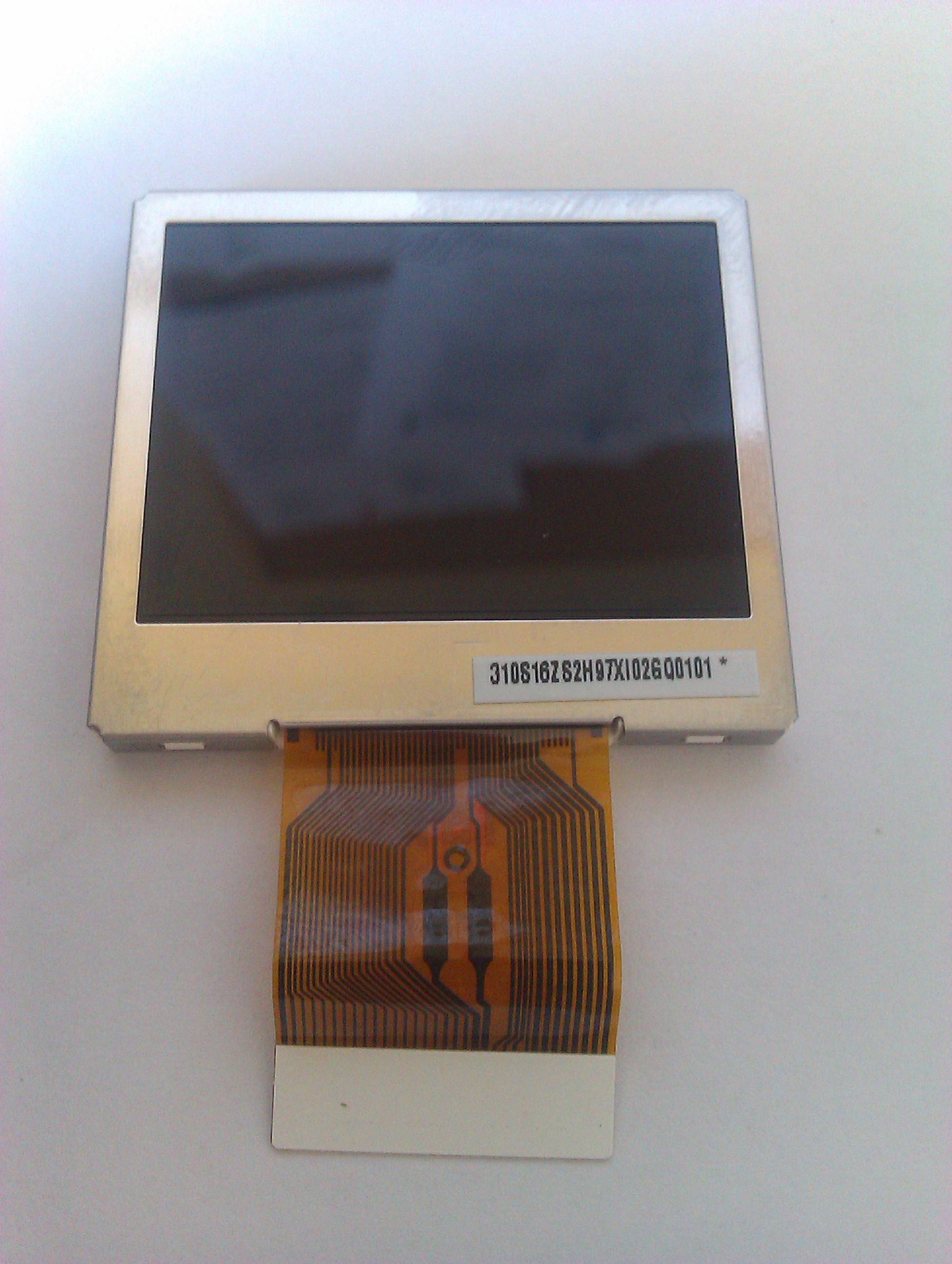 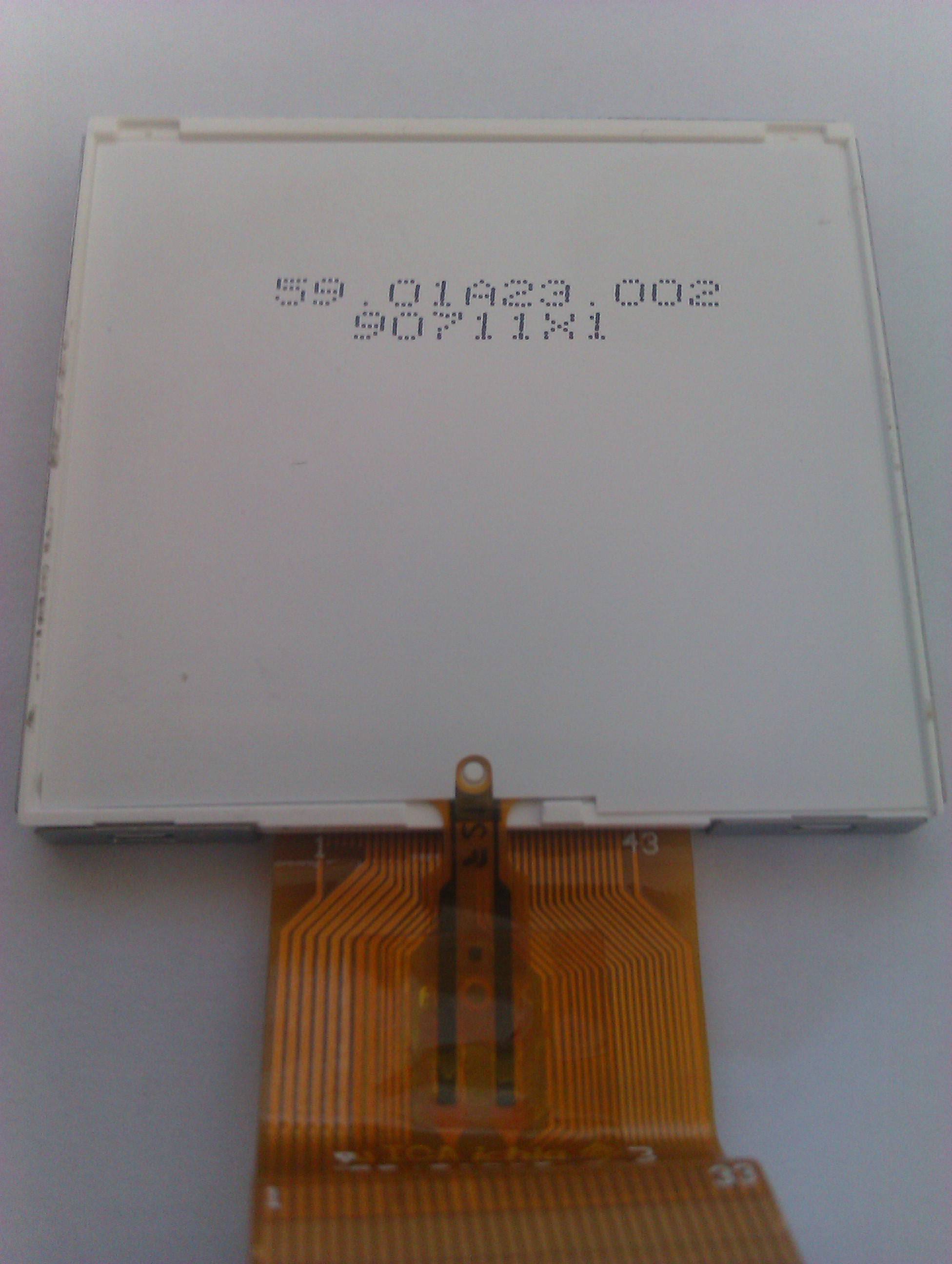 I think I may have just found a data sheet for this device - I'm still none the wiser though...

I see it has a serial data (SPI-like) interface to it - ideal for PIC usage. Nothing in the data sheet about how to use it. Would this interface be likely to be common to all AUO devices?

You may (or not) may have found a datasheet. Unless you can find back the ID numbers on the actual device there's no way to tell with absolute certainty. Checking dimensional properties is the first job. If dimensions differ, it may be at best a variant, but also there: no certainty.
If you're confident enough that you have the right datasheet, scrutinize it. This may not be a pleasant task, especially when a datasheet has several hundreds of pages, but here the most interesting parts are easy to spot: the timing diagrams on pages 14 and 15 reveal a lot. Like the VSYNC and HSYNC. They tell you that this isn't a device with its own intelligence and memory, but rather that you have to drive it like a video signal, doing the refreshing yourself.
OTOH, like you said there are also the SDA and SCL connections, which hint at I2C, though the (again) timing diagram page 29 shows that it's more SPI-like (It lacks the I2C starting sequence). The pages following show that the serial interface isn't used for image data, but to program configuration registers.

Video data is fed into the screen by drawing with a cursor based on HSYNC and VSYNC signals. These indicate the next row and next column. A 8-bit databus indicates the color data. Because this is 8-bits and colours are usually 16-bit or 24-bit, it means you need to have 2 or 3 periods of DCLK (data color clock) to draw 1 pixel. The datasheet even talks abuot having a dummy value to clear the pixel.

In other words, the PIC16F probably connects to some kind of internal bus (may be a UART or something else) so a main controller can easily speak to it. The PIC16F is probably used to configure contrast, backlight values etc.

Not the answer you're looking for? Browse other questions tagged pic tft or ask your own question.

2
How does a TFT panel work?
2
Writing data on EEPROM or Flash memory of the PIC18F47J53
2
Very sensitive PIC16F886 SPI with NRF24l01+
0
PIC32 stops getting interrupts
3
Problems with 16Mhz SPI clock on PIC 18F25K22
1
I2C Master: How to read with repeated start condition?
1
Can you get "raw" TFT display panels where you drive the gate and drain lines directly?