What are these electrolytic capacitors?

I am restoring a stereo amplifier circa 1985 (specifically the Technics SU-Z55). Part of that is replacing the electrolytic capacitors on the mainboard due to some audio popping and general age. There are 6 capacitors on this board that are electrolytic but have no polarity strip on them or negative marking on the PCB.

On the board, they are marked with a special kind of capacitor symbol I am unfamiliar with (caps removed): 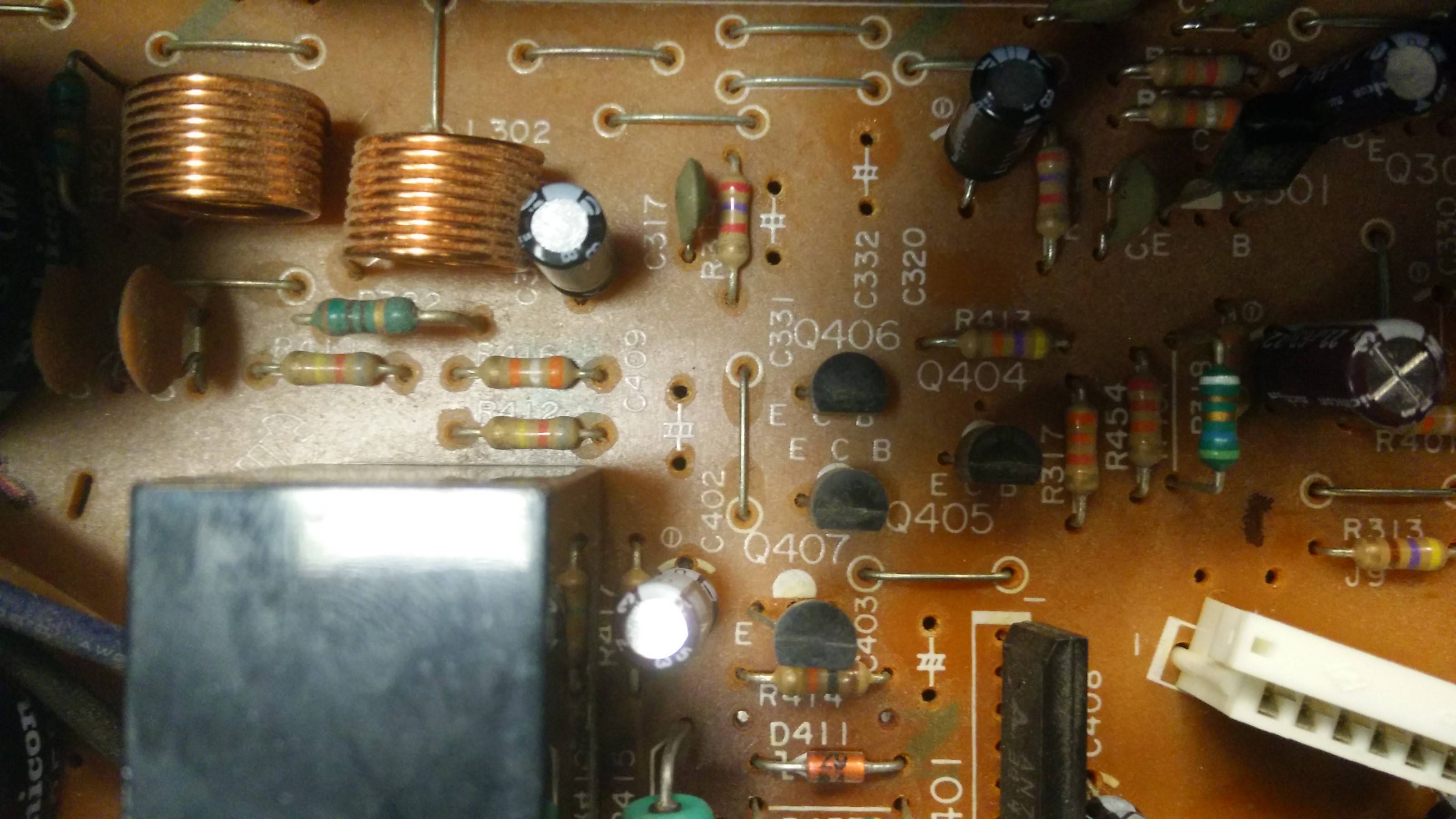 And here are the old ones: 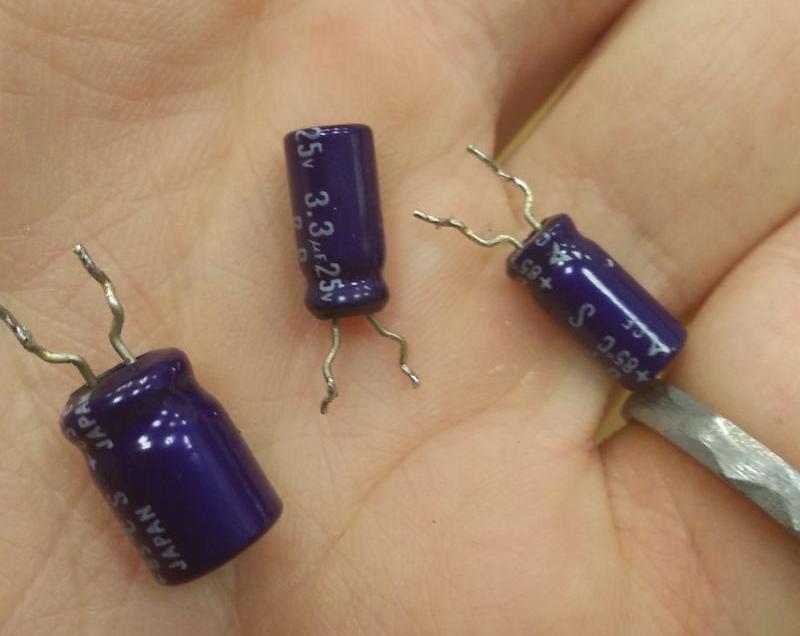 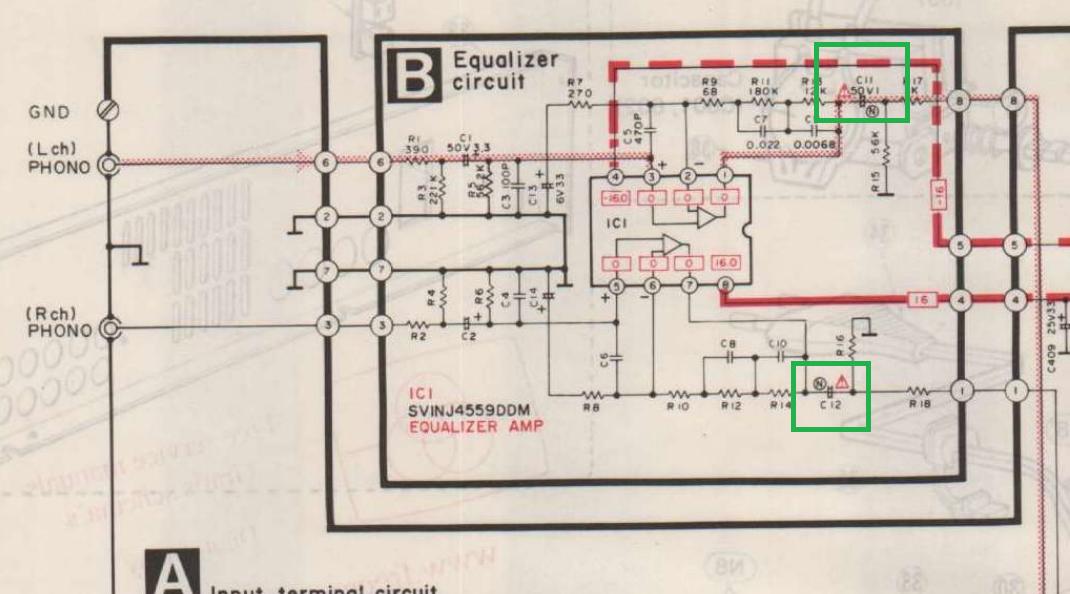 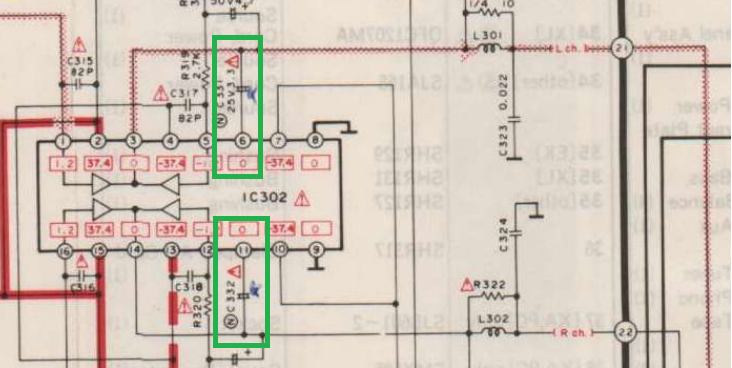 If I had to guess, I would say these are some kind of non-polarized electrolytics, but I've never heard of such a thing and don't want to bet my amplifier on a hunch. What are these capacitors, and is it okay to replace them with a non-polarized cap of the same value (like a ceramic)?

Ceramic caps are great for many purposes but not in the audio path. Among other problems, they suffer from piezo electric sensitivity and their value can vary greatly depending on the magnitude of the DC voltage across them.

The slashed capacitor symbol with a + is apparently a Japanese variant symbol for an electrolytic; you can see it on the schematic for C1 and C13. It definitely seems reasonable to think that without the + it signifies a non-polar electrolytic.

I see a small plus sign (+) on one of the caps in the second photo. That's your polarity indicator. The others may have the same thing but hidden from view. And yes, replace with the same thing, not ceramics or tantalums.

Not the answer you're looking for? Browse other questions tagged capacitor components symbol or ask your own question.

3
Capacitor dilemma
0
Capacitors getting too Hot
25
Normal capacitor vs. audio capacitor
1
Non polarized capacitor in schematics
0
Is using electrolytic polarised capacitor this way wrong?
15
Why do some devices use electrolytic capacitors instead of ceramics for small value components?
0
Size of Decoupling Capacitors in Digital Circuits
0
What factors could have caused the ceramic capacitors on this board to crack?