A friend of mine is having a large, fancy / artistic lamp at home (Europe) and uses a "500W incandescent bulbs on 230V" as recommended by the manufacturer (link).

His problem : every month or so the bulb blows up, and he needs to change it (it's annoying and these bulbs are expensive). It mostly (only?) blows up when he turns on the light from the wall electrical switch (which actions the wall socket where the lamp is plugged into).

Without being certain, I suspect the issue is coming from overvoltage (*).

My question : if indeed the cause is overvoltage, what would be a simple (in a minimalistic sense), yet practical and robust electrical / electronic circuit that a hobbyist could build to insert between the mains socket and the lamp plug to remove the surge? I assume that the right combination of inductors, capacitors, resistors or diodes (maybe a fuse?) used properly could be enough, but if more "fancy" components could make a significant improvement (eg gas discharge tubes?), then why not.

(*) not very scientific but in order to make sure that the issue is not due to a defective wall socket (or another part of is home's electrical wiring), I suggested that he temporarily plug the lamp into another socket, in another room. He did that but he got the same issue (burnt two bulbs in 3 months). I am not living nearby, so I could not go and test the surge myself.

PS : for those of us who are "environmentally minded", I did suggest to stop using incandescent bulbs, but he would not listen - apparently the point with these lamps is to use old style bulbs, that's what makes their charm (I do not really understand but anyway my motivation is elsewhere, I want to learn how to fix this sort of technical issues efficiently).

Addition : here are a couple of photos of the bulbs used, in case it helps. 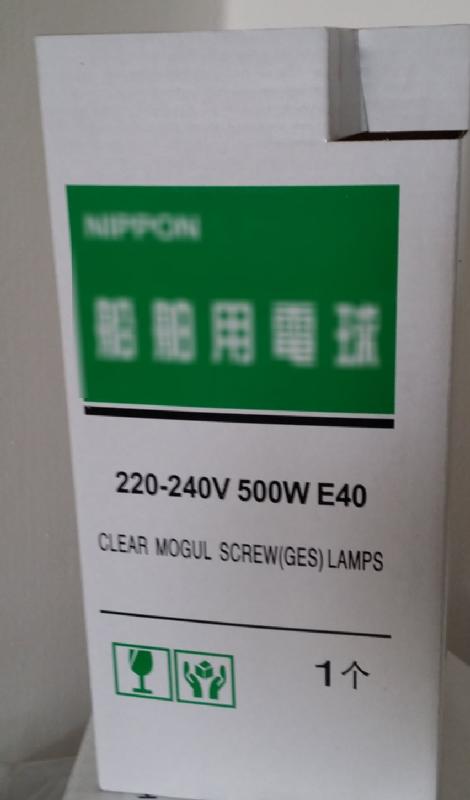 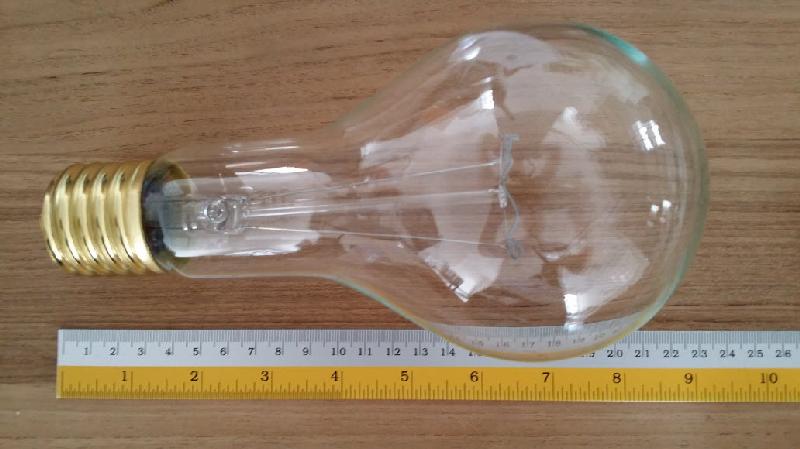 The surge is called inrush current, the cold filament has a much lower resistance than the hot filament.

This is why bulbs usually fail as they're turned on.

The simplest solution might be to fit a regular light dimmer, and turn them up slowly. Or a suitably rated Negative Temperature Coefficient device could be used as an inrush current suppressor.

try this search for a lot or articles and manufacturers.

Incandescent photoflood bulbs run the filament really hot, so their life is very short- typically only about 50-100 hours average. If he's using that kind of bulb the only way to lengthen the life significantly is to reduce the voltage (or use a different bulb). There's a bit of a myth that inrush is what reduces the life- it typically doesn't reduce the life by much but the bulb that's on the edge with a worn-out fragile, brittle and notched filament tends to fail when it is turned on and thermally shocked- but it was going to fail anyway pretty soon.

I suspect if he puts a typical low-cost triac-based dimmer on there he'll have a really annoying 100Hz pinging from the filament mechanical resonances. There may be more expensive dimmers that minimize that effect- check your local market.