Can I connect Arduino ground to the negative terminal of a battery?

I wanted to use a transistor to switch a circuit that has its own power source (a battery).

It appears you could do something similar if you had two battery power sources, but in simulators, it doesn't seem to be the same for an Arduino connected to the USB port's ground.

This seems to work as best as I can tell. The attempt is to simulate a battery powered Arduino switching the transistor with an output pin. 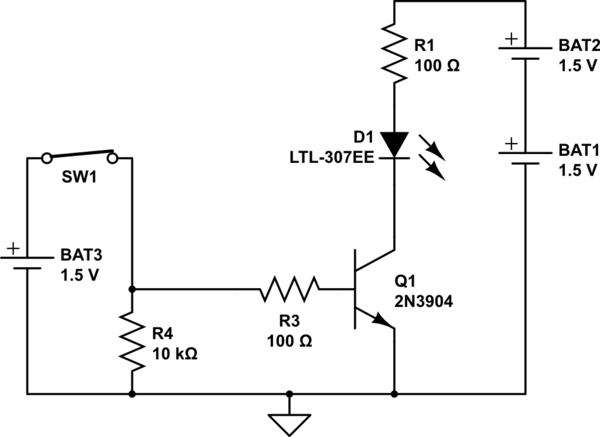 This doesn't seem to work but I don't know why. The intent is to simulate connecting the negative terminal of the battery to the Arduino ground. In the simulator I have that shows current flow, this is a no-go. 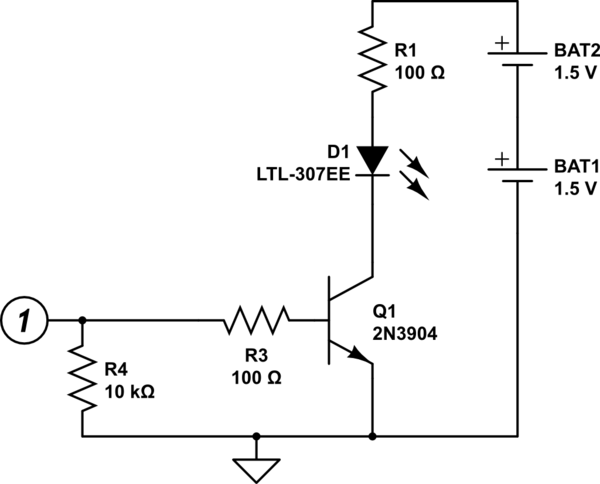 Is this just generally a bad idea? Should I use a relay instead? Or an optocoupler?

You must connect the grounds together, since that is the only way to relate the signal coming into the base with the voltage on the emitter.

Connect circled 1to an arduino output pin and the ground symbol to arduino GND and it will work fine. Maybe R3 is a little low. 1000 Ohms is more conventional.

5
How do I use an Arduino to switch another IC's pin (reset) to ground?
1
Arduino: Common Ground Issue? Powering Buzzer, LEDs via transistor as a switch
1
Can I use two Power Source to Switch with a Relay like this?
1
How to provide an isolated ground for Arduino?
0
Can you saturate a transistor with a foreign voltage?
1
Ground Path Through battery cells
1
Simple Transistor Circuit Question
2
Why is the relay switched by a NPN transistor still on while the Arduino out is off (low)?
1
Connecting switch-mode supply negative terminal to Arduino GND