I was looking over LTC2990, which is a voltage, current and temperature monitor. 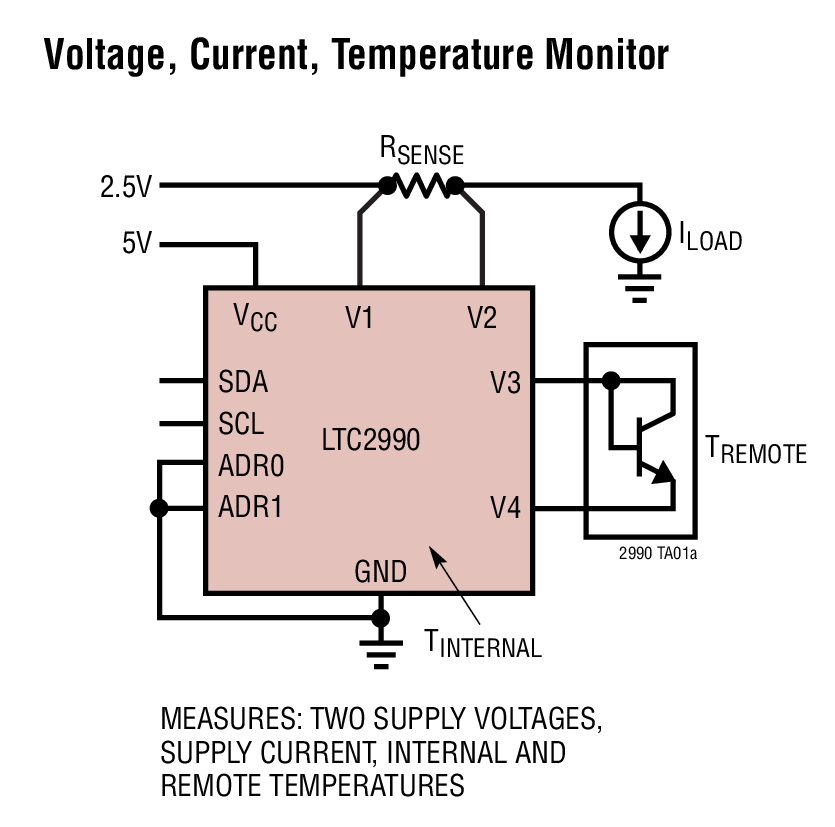 It is perfect for my project as I'm newbie. I want to build a power supply which will show on a display the voltage, current and the temperature using the arduino Atmega328. But the input voltage of the IC is maximum +0.3V over the VCC voltage. Is there a way of raising that value up to 15V?

Unfortunately, you can't "raise" the operating voltage of an IC above the maximum that is given in the datasheet, in this case 5v. It appears that the input voltages to be measured are constrained to also be in this range, i.e. no more than 5v, which is what is causing your problem.

You have a couple of options: if you want to measure just the voltages, but no currents, you can use voltage divider(s) as shown on the right side of page 18 of the datasheet. If you need to measure current also, they show a circuit on the left side of the same page, using a separate current sense monitor chip (LTC6102HV) which adds lot of complexity and cost.

Instead, I suggest using a voltage/current monitor IC designed for higher voltages, such as the ISL28022. It can measure voltage and current over a range of 0-60v. It doesn't include a temperature measurement function, but I2C temperature sensors are a dime a dozen (well, maybe not quite that cheap, but this one -- LM75B goes for 60 cents).

Not the answer you're looking for? Browse other questions tagged arduino power-supply integrated-circuit i2c or ask your own question.

3
How to read and display data from a CO2 logger connected via RS-232?
0
Linear potentiometer for suspension travel
2
Is a 2A transformer too much for a power supply that outputs 13V to 15V DC
0
Reprogrammable Remote Power Supply Raspberry Pi Monitor and Control
0
For a 'customized' arduino consuming less energy making use of Attiny85 vs PCB Fabrication?
0
How to protect IC for VCC surge?
5
Reducing voltage drop over 7805 regulator?
2
Why does this datasheet show an example with an input voltage outside its recommended range?
0
DS18B20 - is current consumption of pullup resistor relevant for battery powered project
3
Outputing Different Number of Pin Depending on the Input