How do ceramic disk insulators support the weight of transmission lines?

I know that the transmission lines are held a certain distance away from tranmission towers using those ceramic disk insulation arms and the number of disks is proportional to the voltage of the lines, but I've always wondered what provides the strength of those 'disk arms' to hold up the cable.

I envision the disks have a center hole and are threaded onto a steel rod to provide tensile strength, but that of course would defeat the purpose.

They sometimes do have a central core, but it's not metal.

For instance, Siemens make some silicone based insulators, and in their catalog they detail the core as:

The core rod is boron-free, corrosion-resistant ECR2 glass-fiber-reinforced plastic rod (FRP rod). Due to the extremely high hydrolysis and acid resistance of the FRP rod the risk of so-called brittle fracture is completely eliminated on 3FL insulators. 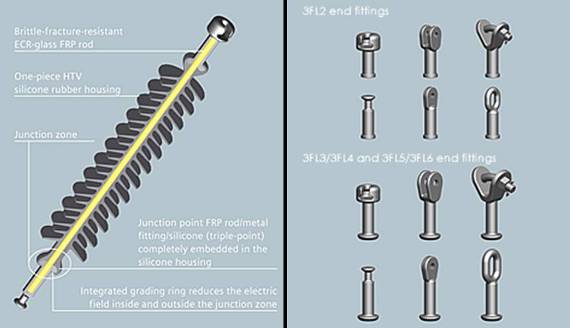 Ceramic ones can be manufactured all in one piece as well where there is no internal support rod at all: 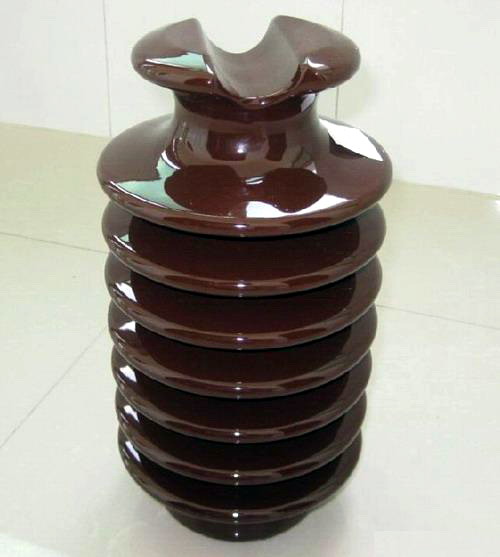 It's largely in the ceramic shell of the insulator. There isn't any metal to metal contact, the ceramic is just for that purpose. Surprisingly, the ceramic of the insulator is strong in tension, but poor in shear, which is why they use short porcelain shells and make strings of insulators where one gets the benefits of high resistance, tensile strength, and shear resistance. 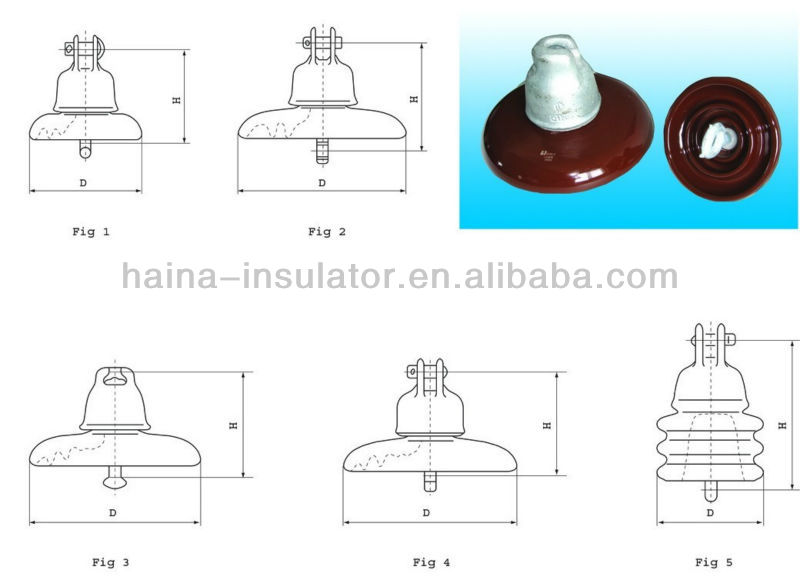 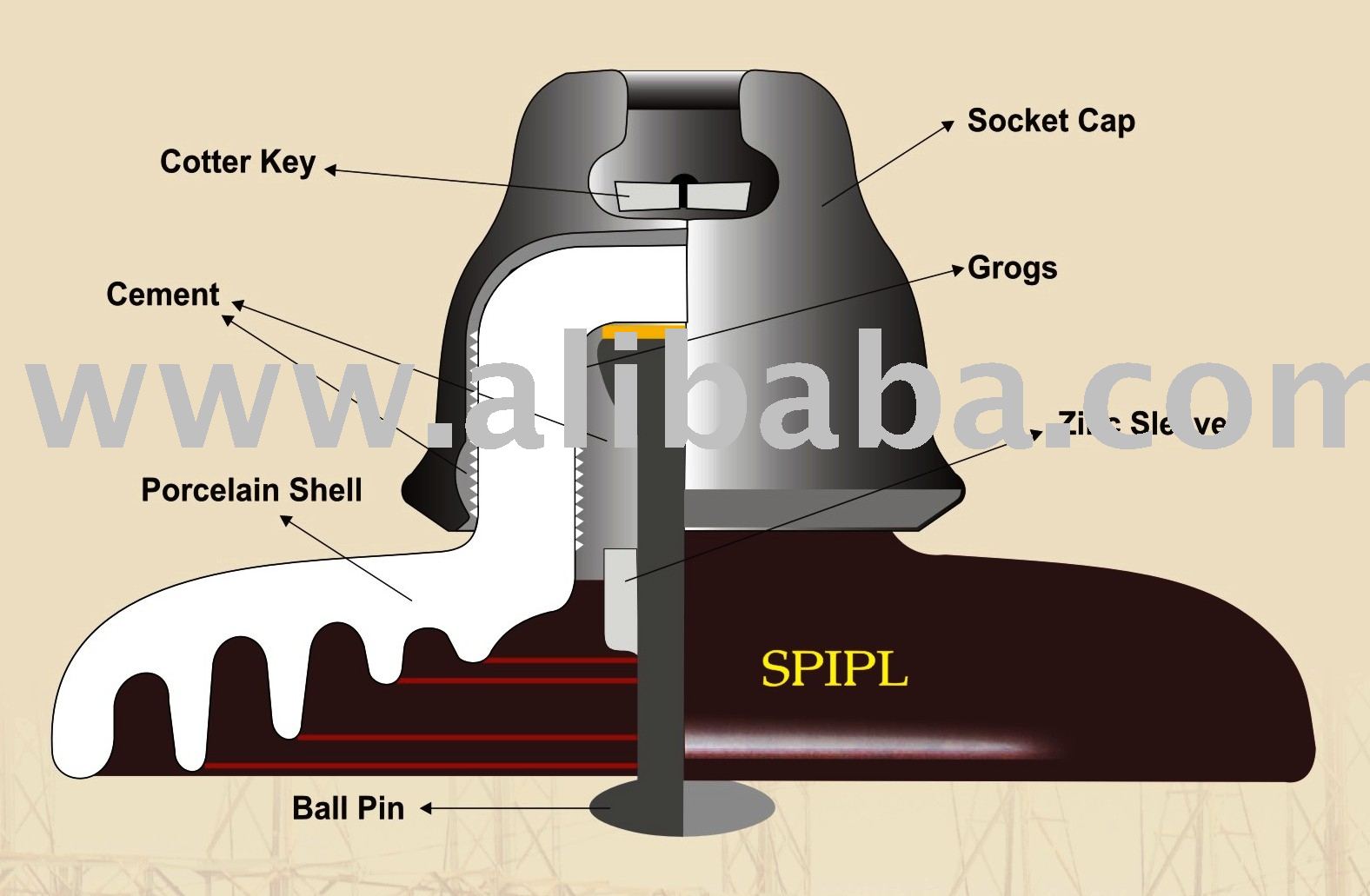 Siemens does indeed gave FRP rods, but they don't have the 12 ton rating that most ceramic string insulators have. The FRP are more suited to distribution than transmission where the tower to tower runs are less than 500' and the conductors no more than say Drake ACSR.

The post insulator in the bottom picture of the answer above is typical of a stand-off used in a substation, it tolerates compression loading only as it's not meant to withstand any shear or suspension loading. It's rare to see a stand-off on a tower, but they occasionally show up on distribution poles as long as they're accompanied by the appropriate shear/suspension appurtenances.