Where is the cold junction on the commercial thermocouples?

According to all textbooks and articles, a thermocouple must have a cold junction somewhere on the middle of it. 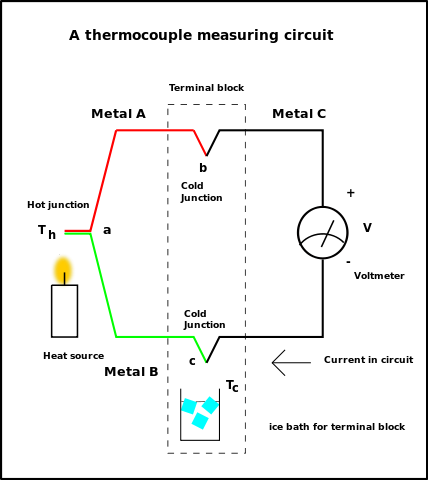 But none of the commercial products have a middle point or a marked spot for indicating the position of the cold junction. They are simply nothing but a long wire. 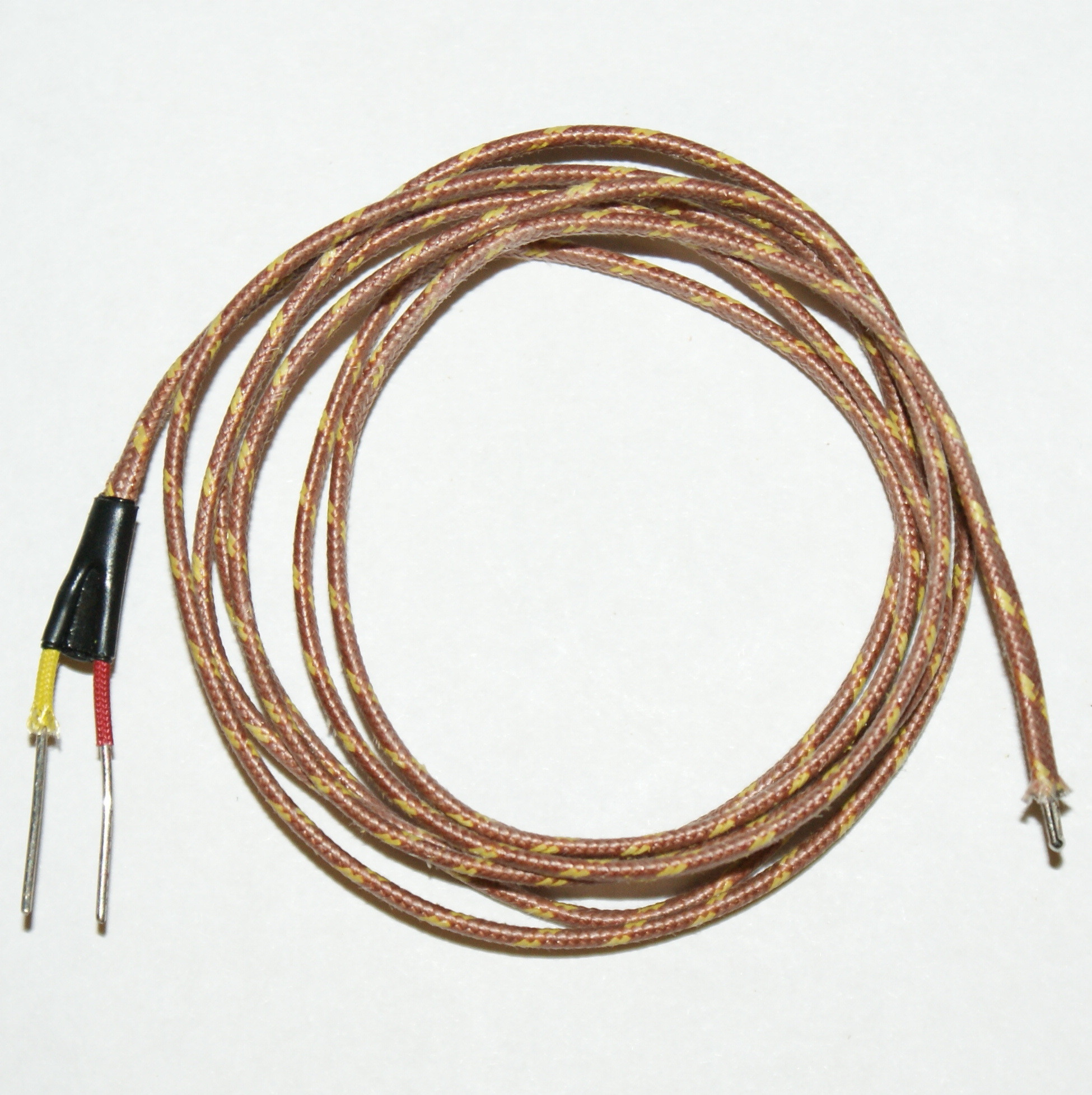 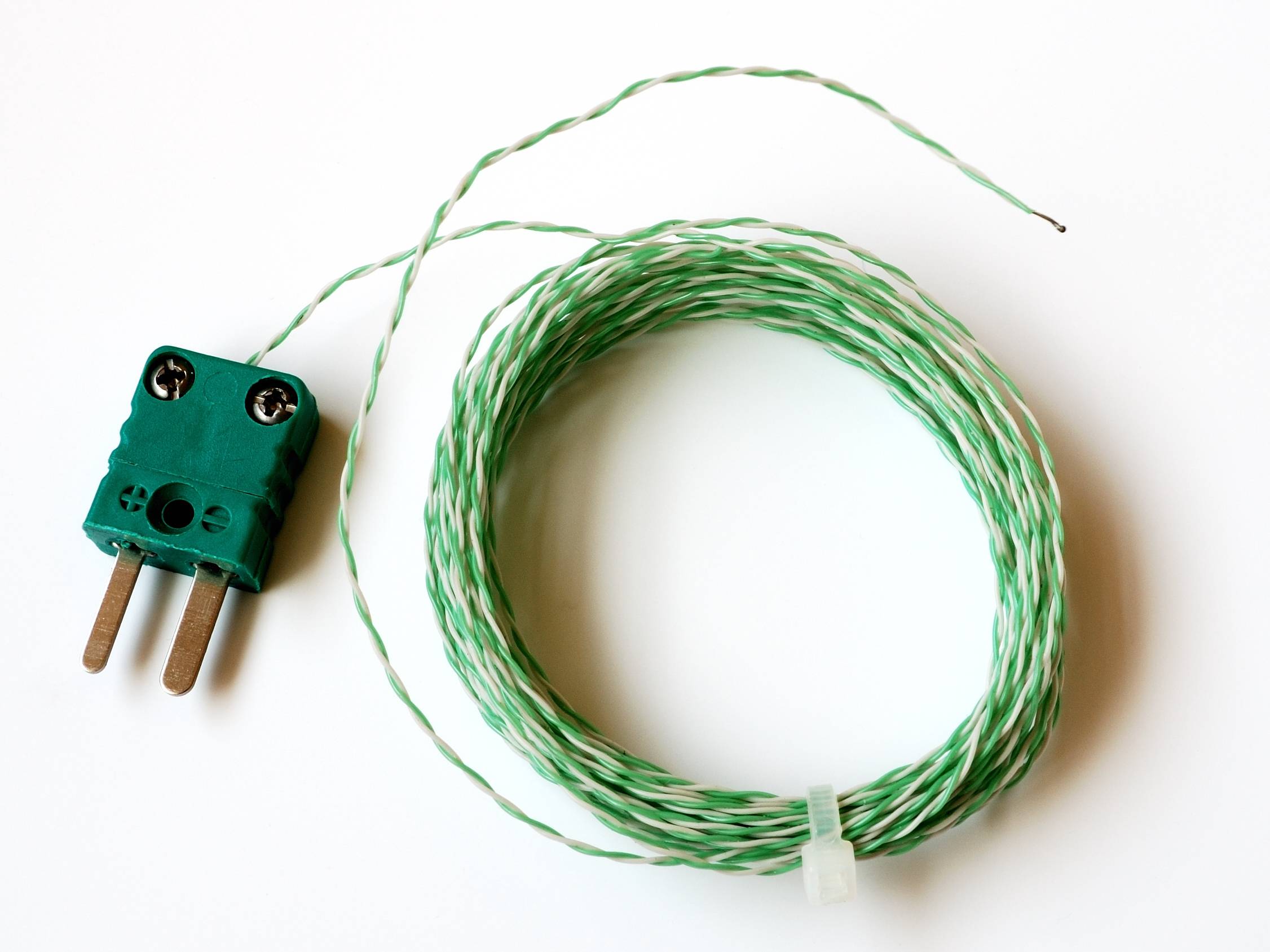 Your cold junctions (at least two!) are where you connect the two (different!) thermocouple metals to your circuit. Note that this can be in multiple steps, like: thermocoupe - connector - wires - PCB. These are all cold junctions. Keep them all at the same temperature and measure that temperature. If no heating or chilling effects occur that is simply the ambient temperature, and you can use a temperature sensor anywhere on your PCB, but it won't hurt to place it near the thermocouple connector and put heat-producing components as far away as possible.

There the 2 metals are connected to the pins of the connector, so here you'll have the cold junction.

For the thermocoupler with the blank wires the junction is either made by you, when you connect the two wires, or it is inside the black part just above.

The 'cold' junction (actually it can be warmer than the measuring junction), is where the thermocouple material wires transition to the circuit material (usually copper). For most thermocouples (other than type T copper-Constantan) there are two junctions that will be physically close together, typically at a screw terminal strip.

If you want any kind of accuracy you must prevent thermal gradients in the region of that terminal strip (prevent air from blowing on it, for example), minimize heating from other parts of the circuit, minimize disturbances brought in through the thermal conductivity of the wires themselves, and use a sensor to measure accurately the temperature of the point where the wires transition to copper. Keeping the thermal mass large in the region of the terminal block helps. A 3°C error between your measured temperature and the temperature of those junctions means you will have (typically) extra ~3°C error in your measured temperature, so the cold junction compensation measurement accuracy is extremely important if high accuracy and/or temperatures close to ambient are being measured. If it's a high temperature you're measuring (say 400°C) and you don't care about 5°C you can be a lot more sloppy. For at least one thermocouple (B) the cold junction is almost not required because of the extreme non-linearity (it actually reverses below room temperature so it is not monotonic).

The traditional method controlled the temperature at the transitions with an ice bath, but that's clearly impractical for most modern applications.

Once you have the temperature you can calculate the resulting thermoelectric voltage from the cold-junctions, adjust the measured EMF by that factor, and calculate the temperature from the adjusted EMF. A straight linear correction can be used (so many uV/°C) if sloppy accuracy is acceptable, but in general both forward and reverse functions are slightly nonlinear, so it's a compromise.

The "cold junction" for a thermocouple, is any "reasonable" distance from the tip of the thermocouple. The reason for the distance ambiguity, is that it depends on the thermal insulating properties of the material between the thermocouple and the "cold" junction. If you have good thermal insulation, a few inches will suffice. If not, it may need a few feet and an "ice bath." If air surrounds the "cold junction", then its temperature will be ambient, otherwise it will be the temperature of the "bath" used to cool the junction.
No compensation will be required, if you calibrate the uAmeter, using accurate reference points (ice water, 0 oC; ambient temp 25 oC; boiling water, 100 oC; etc.).

Not the answer you're looking for? Browse other questions tagged temperature packages thermocouple physical-design junction or ask your own question.