Now I'm confused about which transistors should I use ? or MOSFETs ? Do I need heatsink ? I really prefer SMD transistor or MOSFET, if its possible ?

I also want 5V on other side of transistor/MOSFET too. I'm sure there will be voltage drop, is there any way to get back the voltage drop ? First I thought to use bit high voltage in switching like 7V then put voltage regulator on other side so I can get right 5V. But since the load is 2A. The power will be 10W if I'm not wrong. Then I think its too much heat. 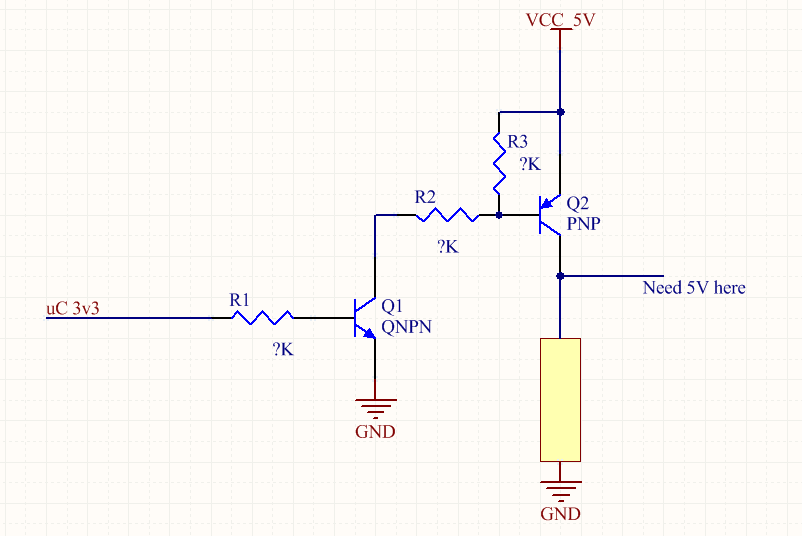 Like the BJT high-side switch shown in your question, this does the same thing using an N-channel and P-channel MOSFET: 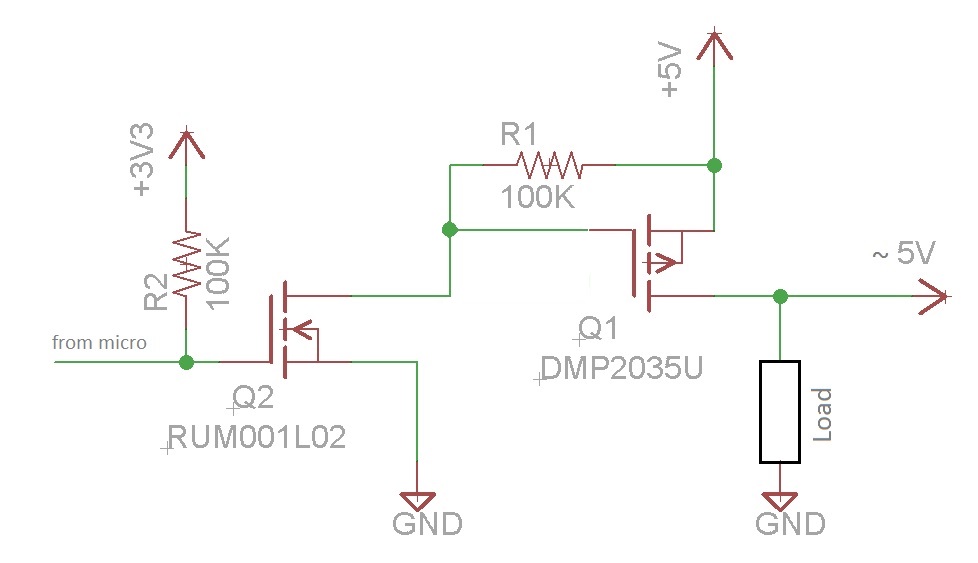 If your microcontroller can tolerate 5 volts on its output pins, then you could hook up the output directly to the gate of the P-channel MOSFET in an open-drain configuration, and not need the N-channel device.

Note there are no resistors in the gate circuits of the FETs, this is because they are voltage-driven devices unlike BJT's whose bases are current-driven.

You want a P channel MOSFET. You need one that has nicely low Rdson with only 5 V gate drive, but that shouldn't be too hard since your voltage requirements are low. You can probably find one in the small 10s of mΩ range.

Another option is to parallel two MOSFETs. That cuts the total dissipation by 2, and the dissipation of each by 4 relative to a single FET. Two of the same FET's in parallel from the above example would only dissipate 70 mW total. Ideally each will dissipate 35 mW, which you'd barely notice getting warm. They won't share the current exactly equally, but even if one dissipated all 70 mW, a SOT-23 would still be fine.

Not the answer you're looking for? Browse other questions tagged transistors mosfet voltage-regulator or ask your own question.