I need to design a circuit that can turn a DC motor on and off. The motor is like a winch motor on a truck an can draw high amounts of current, in some cases up to 200Amps. The motor runs at standard alternator voltage ~14VDC. If I want to be able to switch this motor on and off from a digital circuit what devices are out there that I could use for the switching? Are there MOSFET-like devices that can handle 200 amps?

The solenoid DC switch, used on golf carts and car starters can do the job. Try google for "Solenoid Relay Switch Continuous Duty Golf Cart 300 Amp". There are many parts in range of $20..$30 each.

I'm going to disagree with some things already said. I think thyristors are not a good fit for this application. This is because their forward voltage will be a significant fraction of the only 12V supply. Not only will that require a lot of heat to be dissipated somehow, but will reduce the drive to the motor.

A relay could work. The issue there is you need a very robust relay to not only conduct 200A, but also break the circuit with a inductive load without frying or welding the contacts.

Since the voltage is low, I would look at multiple N channel FETs in parallel as low side switches. That won't be cheap either, but switching 200A with inductive load isn't going to be cheap however it's done. Let's say you can get 20A 20V FETs with 15mOhm Rdson (I didn't look just making up something vaguely plausible). 10 in parallel would give you the 200A rating in theory with 1.5mOhm on resistance. That will still dissipate 60W total, but at least will be spread out over 10 devices. However, the FETs won't share the load exactly equally and you want some margin. In this case I'd use maybe 15 of these FETs in parallel. That cuts down both the total dissipation and the dissipation of each one. Since the drains are connected together, you can bolt them all to the same large chunk of corrugated aluminum.

You also need a place for the inductive kickback current to go. Since your voltage is low, this is best done with a bunch of Schottky diodes in parallel in reverse accross the motor. Schottky diodes don't share current well, but with a separate wire to each and if you're only turning off the motor occasionally (once every few seconds), it should work out. You can put deliberate 50mOhm or so resistors in series with each Schottky diode. They only conduct for a short time when the motor is switched off, so you can get away with mostly using peak current instead of average sustained current numbers. I'd derate by 25% at least anyway though.

If your circuit isn't affected by a large inductive load, you could use a relay with a high switched current rating. Digikey has a bunch of likely candidates like this one -> Digikey Relay

It's rated for 500A with a coil rating of 130mA/12VDC. A little pricey, but might be along the lines of what you're looking for.

I've never seen MOSFETs which can handle 200A. In this kind of application they more often use thyristors (SCRs), some types can switch current of several kA. 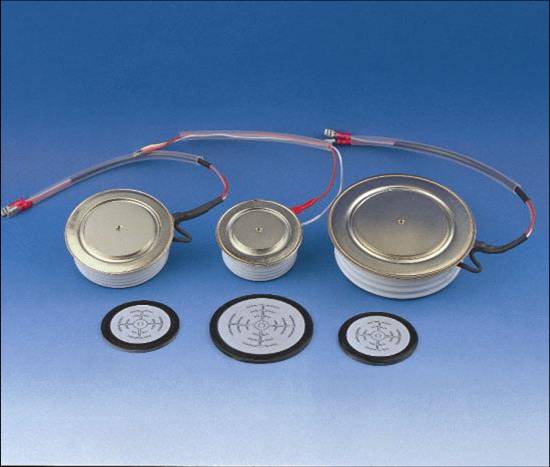 The disc-shaped thyristors cope with the high current by having a large contact area for anode and cathode (top and bottom of the disc). At the same time they drain the produced heat away.

edit
Olin points out that this is a low voltage application, and he's absolutely right. Must have missed this, too much focused on the 200A.
Anyway, since it's so low voltage, the voltage drop over the thyristors will give this solution a low efficiency; you won't get the full voltage for the motor.
I'll leave this part of my answer, however, because it may be interesting for other user looking for a very high current solution.

Sean rightly mentions relays (for this type of relays the name is actually contactors). They have the advantage that they will dissipate less power, but can do nasty things when switching on or off. (Switching 200A is not for the faint of heart.)

In an electrical boat application we have similar current switching on/off with Czonkas. I think I've seen them mentioned on another post that I'll add shortly.

Yes there are. Here are some FETs that will do what you want:

Both available for under $10 from Digikey in quantities that won't sell out anytime soon.

Just get a vacuum switch from kilovac in Carpinteria Ca. You can get a 12 volt or 24 volt coil. Much simpler and easier to implement. Here's why: Using MOSFETs in motor apps is tricky as the off time is critical due to very high voltages being produced by the inductance of the motor and wires. Schottky diodes work but you might still need an RC network to keep the back emf from blowing the MOSFETs. Also driving MOSFETs is not trivial you need a good gate driver and since you will have many in parallel the input capacitance is high enough to be a problem if the gate driver does not have a low enough output impedance. Also the circuit needs to be well made electrically and mechanically. PCB traces need to be wide enough and short enough to handle the current. Unless you want a project, get a vac relay and be done.

I very agree with Connor Wolf. Yes, there are plenty MOS devices at very low Rds-on and very high currents. An example could be IRFS7730 with a theoretical 246A and a practical 60A (at 80A leads will melt), but i will recommend instead a really good case, the new models of D2PAK casing with 5 or 6 source pins! these really have at least 150 Amps, real for good. An example is IRFS7534-7 with its five source pins!.

But don't abuse of one case only: put several in parallel, to reduce RDS-on and dissipation, otherwise you'll fry them. Calculate power dissipated using I2R and ensure your motor is fed during startup when it will absorb 8-10 time more than its nominal current.

And don't forget to absorb the flyback current from motor with plenty of Schottky diodes (for example 16 pcs of 8A/24V in parallel) when the motor should stop. Otherwise the MOS will be exposed to flyback currents from motor and will burn.

Try using this MOSFET as a switch.

It is rated at 660A continuous current provided that you can cool it. It has a 0.85 milli-ohm on resistance. So at 200A the drop across it would be 0.17V and 34W of heat would be generated.

The device has a large isolated pad on the back side that has a junction to pad thermal resistance rated at 0.144 C/W. The pad has screw holes for mounting. So you could theoretically put that isolated pad right on the frame of the truck to sink out as much heat as you need.

The source drain and gate connections on the part are made with screws and ring lugs.

IXYS corporation sells other similar MOSFETs if you need a different package style.

To prevent inductive kickback from destroying the device when you cut power to the motor you should install several automotive grade TVS diodes in parallel with the motor and reverse biased between the output of the MOSFET and ground.

Not the answer you're looking for? Browse other questions tagged switches high-current or ask your own question.