IR sensor is not working

I am trying to make a IR sensor but somehow its not working.Below is my circuit diagram 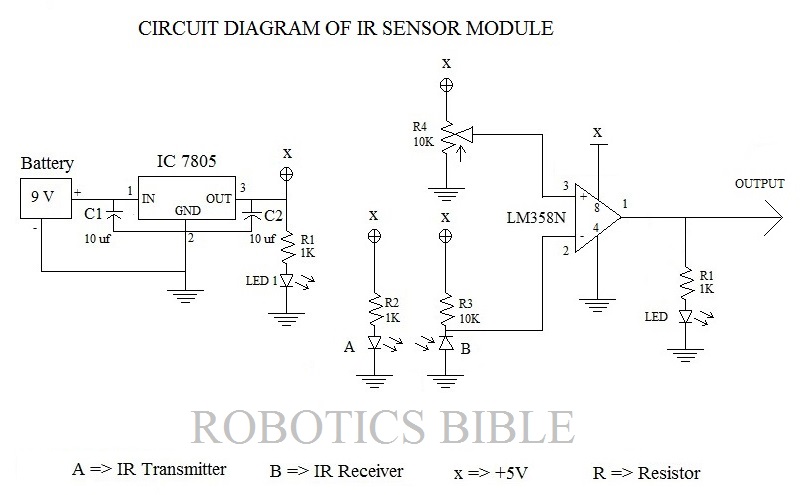 Measuring 5V at pin 2 indicates that the IR receiver is not conducting any current, which would suggest that: a) it is not connected (try re-wiring that portion of the breadboard), b) it is not being illuminated with enough IR to conduct (maybe the IR transmitter is backwards--try reversing it), or c) it is broken (try another receiver).

Digital cameras, including ones on cell phones are sensitive to IR. Try using a digital camera to see if the IR transmitter is working. You might have to point the IR LED directly at the camera and possibly turn off the lights in the room. You can test it with a TV remote control that you know works.

Note that the normal IR transmitters use a high frequency modulation on the IR led, allowing it to drive with peak currents of over 1A to get a better range. Since the led is modulated, it has enough time to cool down, this way the 1A peaks will not make the led burn out. The modulation also helps to separate IR communication from steadly lights, such as direct sunlight - which would be detected as a valid infrared signal by your direct receiver. (Note that sunlight contains a lot of infrared, as well as many incadescent light sources.)

Instead of a comparator, you may wish to use an inexpensive off the shelf modulated IR receiver, such as http://www.vishay.com/docs/82491/tsop382.pdf which contains an AGC and offers you exceptional transmission range. The transmission side needs the led being flashing at 38kHz - you can do that with a microcontroller, or a simple 555 chip.