Why use AutoCAD Electrical?

I'm an electronic & electrical engineering student in first year of university. I have had to use a few core programs as part of my course for programming and simulation software. However I came across AutoCAD Electrical and struggling to understand the use of the application.

It being an electrical CAD software, I assumed that I'd be able to carry out similar tasks as Micro-Cap (which I use to analyse AC, DC circuits) or Proteus (which I use to simulate code for PIC micro-controllers). However I've yet to find any tutorial that says that AutoCAD Elec does any of those.

If not, then I would like to know the essential point of it? If drawings is the main use of it, can't I just continue using Visio, which I had to map a fuse-box design for a side project. It is pretty fiddly on Visio, but if all AutoCAD Elec is, is a drawing tool, in what way would it excel Visio for the kind of drawings I need (all car related: looms, fuse-boxes, motors)?

As I understand it, AutoCAD Electrical is normal AutoCAD, but with some features that support electrical designers. In this context, 'electrical designers' means people designing low-voltage motor control centres, industrial plant, control cubicles, and so on.

Note the distinction between electrical design and electronics design. Electrical design is concerned with switchboards, 200 metre long cables, motor control contactors, junction boxes, and so on. That is the audience AutoCAD Electrical is intended for.

We use AutoCAD Electrical to draw power single line diagrams, motor control circuit schematics, switchboard general arrangements, and so on.

In industrial contexts, all wires and terminals need to be individually numbered. A feature I am aware of is that AutoCAD Electrical can automatically track wire numbers (ferrule numbers) and terminal numbers, making sure these numbers are all unique and sequential. I would have really appreciated this on the last electrical design job I did, where we numbered all the wires and terminals by hand, with frequent mistakes. 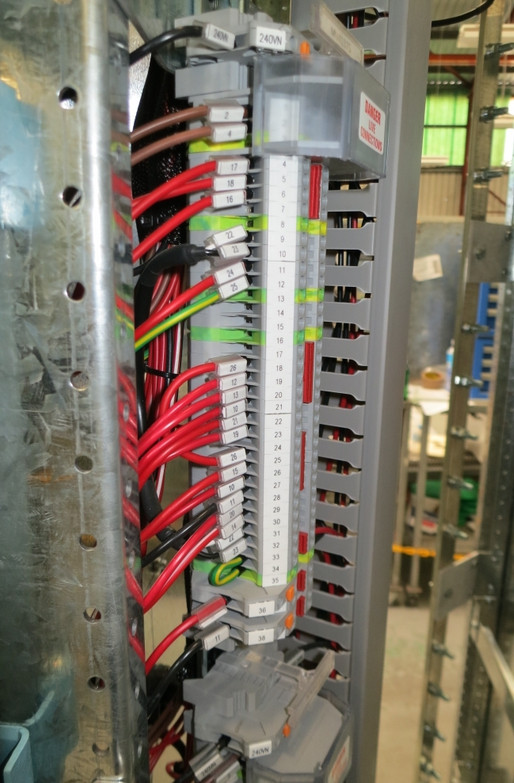 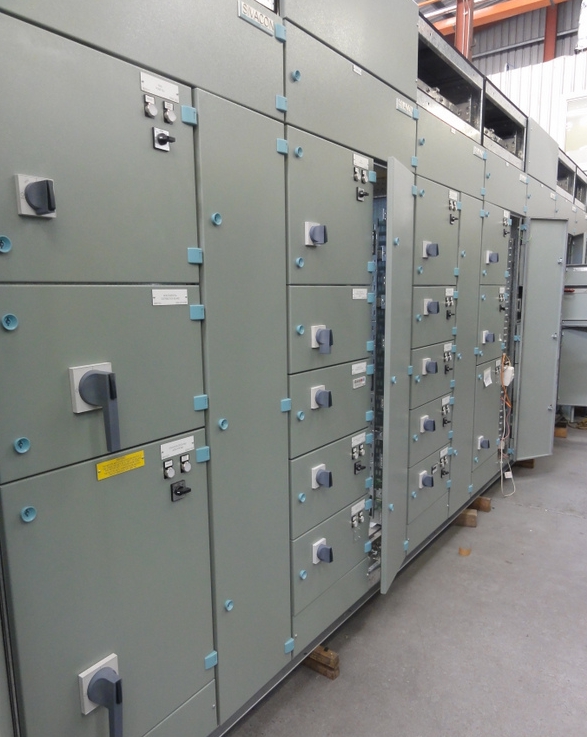 If you aren't designing something like what's shown above, AutoCAD Electrical probably isn't for you.

A bit of foreword; I work in an industrial site where, much like Li Aung has mentioned, uses CAD for schematic and termination drawings of our MCCs (Motor Control Centres, for those who forgot since reading Li Aung's post), Distribution system single lines, communication systems and control (instrumentation inclusive) drawings. See below for example of 'Industrial like' Schematic. 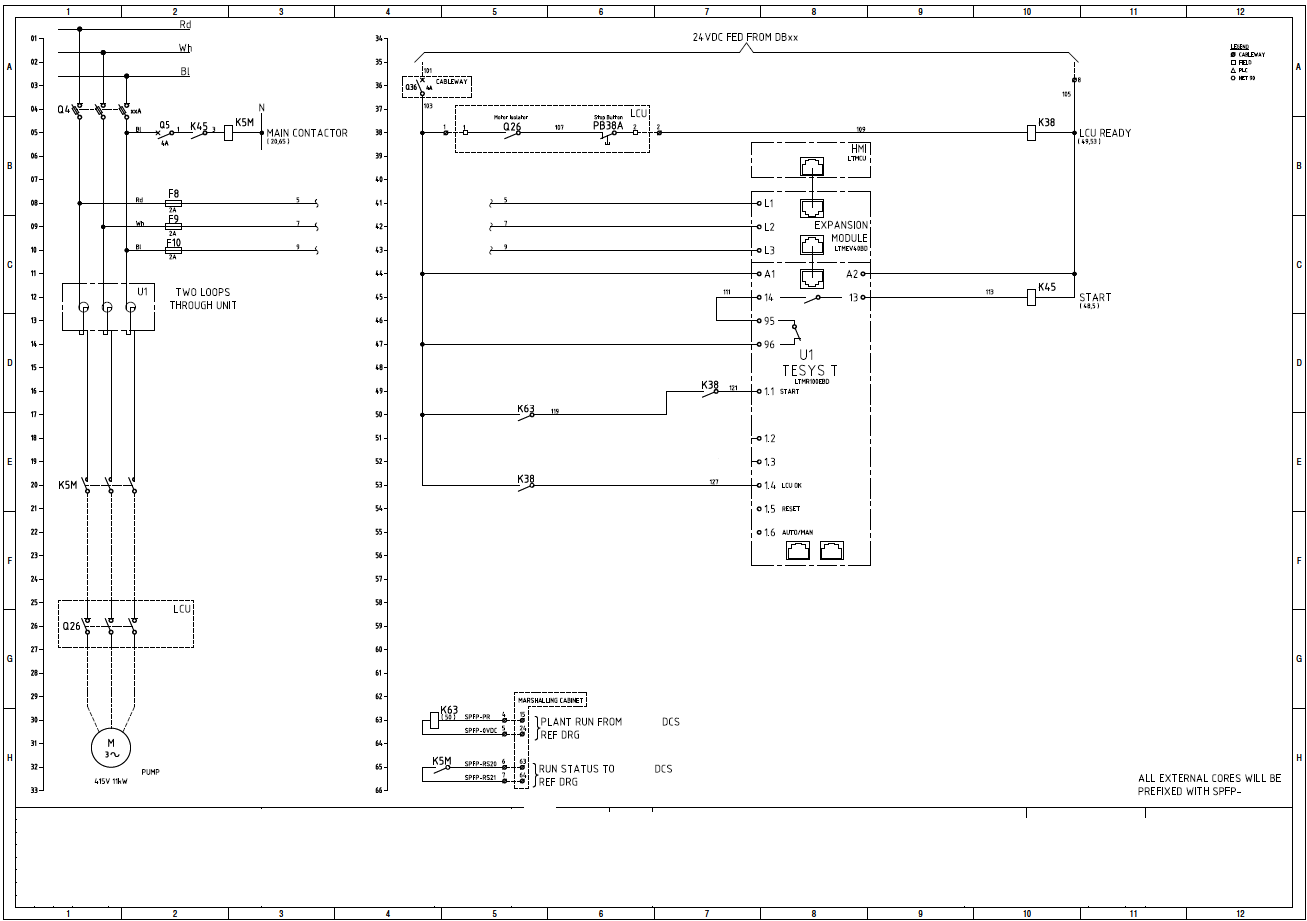 We have just moved across to using AutoCAD Electrical for our electrical drawings from using standard AutoCAD. The electrical component doesn't help much for editing the existing drawings, however when a new installation comes up (replacement of a MCC for example), AutoCAD electrical will allow us to keep track of wire numbers, help with equipment layouts and the like. I haven't played with it too much, but from what i have seen, it has the ability to automatically create layouts of cabinets, allow you to move components around without having to redraw wires and a few other nice neat little things.

It's not built for electronic design or simulation (well not that I have found), it's more for documenting large complex plants. For example, one of the sites (we have 8), has about 15 folders full of drawings. There would be over a thousand drawings there.

To answer your question about designing a wiring loom and a fuse box, I would say you would be pretty safe using something like Visio. Especially since you can create your own blocks in Visio, you could just create some fuses.

Yes why do that to yourself :). In my experience the people who use this are designing things like building wiring, maybe industrial equipment wiring diagrams, or something like a simple appliance with no boards.

I think you will find it most where the primary product has a lot of mechanical drawings already done in autocad and the electrical plays a tiny part. As opposed to something where complex boards and circuits have to be designed and simulated. There's already plenty of autocad licenses and users so why try to do the work in orcad for instance, if you just need something simple.

capturing a circuit that is 100% representative of implementation and drawing something to show the concept are two very different things.

There is a time and a place for visual representation of the detail design (design review, formal documentation) and another to help describe something (higher up presentation, pretty diagrams).

Quite a lot of CAD packages for circuit design and simulation do not provide the greatest of visual 1st glance.

This is why I use SIMetrix/SABER for simulation, Mentor for capture and Inkscape for presentation images.

Keep in mind that electrical installations have to conform to physical requirements when installed. So a lot of designers would use 2D or 3D CAD programs to map out wire placement, for instance for vehicle harneses. They weren't ideal for a lot of reasons, but they were necessary to capture wire lengths, placement in the main harness, etc.

AutoCAD Electrical makes this easier by incorporating features that support this type of use.

I disagree with the original author as Proteus and Micro-Cap are not CAD tools, they are simulation tools. Neither of which were designed to create drawings and lack many of the tools required for doing so

Visio is one of the worst tools to use for creating drawings from my fifteen years of experience. It has no error checking of any kind no decent dimension tools, no wire list output capability, no ability to create intelligent symbols like in AutoCAD Electrical, Promise, ECAD, and a few others that slip my mind. Tools like Visio, Plain AutoCAD, Proteus, Micro-Cap are horrible tools for creating drawings. I wouldn't use any of them for creating professional drawings. You loose so much time not having error checking, wire list reports, etc.

Not the answer you're looking for? Browse other questions tagged assembly cad or ask your own question.

8
Why ratsnest is called so?
2
Electrical Circuitry Programs aimed at Children / Beginners
3
Join together two flexible electrical cables
1
Why do we need to use `avr-objcopy` after `avr-as`?
0
How to edit the colors of a connector in Autocad Electrical?
8
Why are DIY PCB components placed at right angles?
0
Help identifying electrical components
1
What is the difference between Eplan/Elcad/Autodesk Electrical vs Altium/Eagle/KiCAD?