I am playing around with a clipping circuit to protect a adc on my microcontroller. I beleive the following will work, but when I simulated the circuit I saw something funky. Any ideas on why adding the diode cause the blimp seen in the image below: 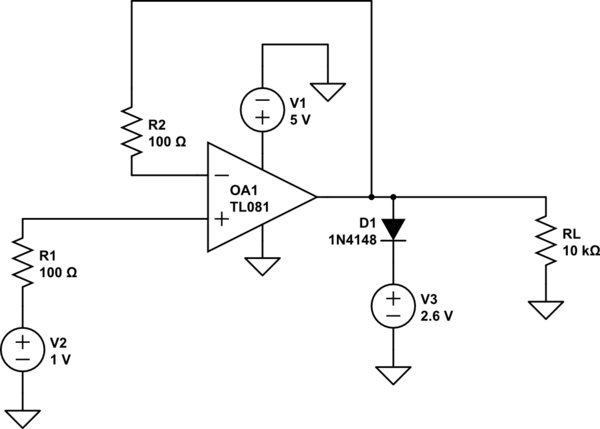 I used Olin suggestion and the blip disappeared: Circuit: 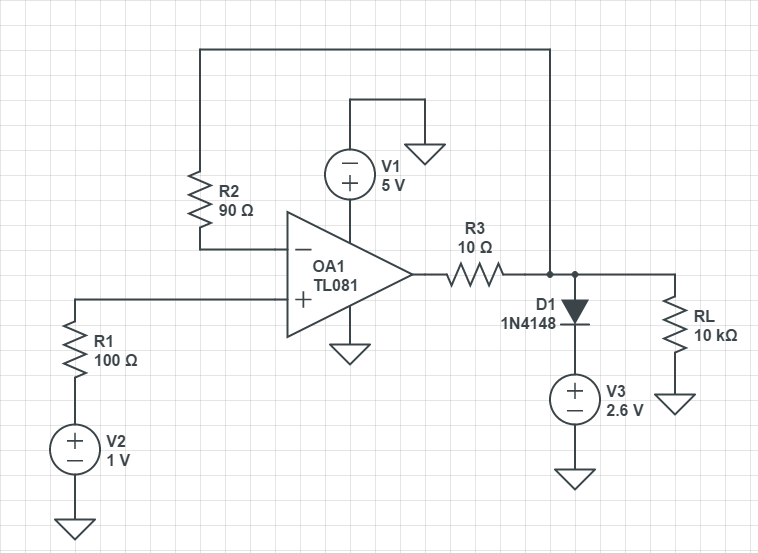 The blip in your simulation makes no sense, but then neither do parts of your circuit:

A more clever way to accomplish this clipping is to put a resistor in series with the opamp output before anything else, including the feedback tap. This way, in the unclipped voltage range, the opamp will drive the left end of the resistor to whatever it takes to get the correct voltage at the right end. This compensates for small offset voltages across the resistor due to load current.

The main drawback to this approach is that the opamp will take some time to respond as the voltage goes lower out of the clipping range again. It might also ring a bit as it transitions out of having its output slammed high and back to linear operation. You might need a small cap immediately between the opamp output and its negative input to keep it stable.

Not the answer you're looking for? Browse other questions tagged operational-amplifier diodes circuit-analysis simulation voltage-clipping or ask your own question.

33
What is the purpose of a resistor in the feedback path of a unity gain buffer?