I have a 17" laptop monitor with a 1920x1200 (WUXGA I beleive it's called? or just UXGA?) resolution which I simply love. Now, assuming the laptop dies before the monitor does, would anyone know if it would be possible to salvage the monitor? Are the interfaces somehow standardized (can I simply solder some cable to a DVI connector and plug it in, more or less) or do they all depend on make and model? I'm guessing the power supply will be the least of my problems..

In this particular case, it's a Dell Inspiron 9300.

Wasn't sure how to tag it, and 'new users can't create tags', so sorry about that. :)

I wish I could give you more information, but here's what I have seen in the laptops I have ripped open:

Usually the LCD itself is no different than any other LCD panel you would pick up at, say, SparkFun (aside from the obvious size and resolution). This in and of itself isn't much, because there are many different interfaces and you would have to identify the panel itself and hope you could weasel something out of the manufacturer. If so, you could probably build something to handle the interfacing, but it would not be an easy task. It's probably right in the wheelhouse of an FPGA, but now I'm really speculating just to give a sense of project scale.

That being said, the panel usually has a ribbon cable which interfaces with some part of the laptop proper, and in some cases it appears as if there is a daughter board that handles the work between the CPU/GPU and the panel. If this is the case, you may find that you can hack together some kind of interface on the far side of the daughter board from the LCD. It seems unlikely but possible, and you'd still be stuck with the task of identifying the interface that is actually used (DVI sounds like a good place to start on a newer laptop) and you'd still have to create a board from scratch to interface with a "normal" video cable.

Even after you figure out the interface, you'd still need to address power to both the LCD and to the backlight. If you can solve the interface issues, these should be a walk in the park. However, it's something to consider since you'll be powering some interface circuit anyway.

Again, my knowledge on this is limited to the few models of laptops I've had in pieces, and I've never looked that closely at the video. Someone else may be able to give you more details and there may be some easier solutions than I've suggested.

I did some poking around on the Internet, because your question really got me thinking. I don't have any more real knowledge than I did a few hours back, but I did run across this site which talks about different LCD types and how you can build custom interfaces with them. It was last updated 3 January 2008 at the time of this post and I have no first-hand experience with this, I'm linking because it describes the lengths someone went through to make a certain subset of panels work.

Some laptop display panels use DVI, but even when that's the case you'll find that the signaling isn't quite the same as DVI. It's generally an LVDS electrical interface.

Other displays still use an LVDS interface, but a different set of signals than DVI, putting most of the brains in the video chip, and removing the need for a lot of conversion and signaling on the display itself.

However, you are partially in luck. That particular display uses the same interface as the 15" WUXGA display used in the Dell Inspiron series of that vintage.

These 1920x1200 displays are widely used by hobbyists building their own projectors, and so input boards exist for them that accept a wide variety of video inputs (usually HDMI, composite, VGA, DVI, etc) and drive the display for you. It's not such a big hobby (especially now that 1080p projectors are under $1000) that they are readily available, but sometimes there are group buys, and often someone buys the interface board but never gets around to using it. One resource for such a hobbyist community is http://www.lumenlab.com/forums/index.php?showforum=54

Poke around those forums and you should have some luck finding what you need, but don't expect to be able to do this on the cheap - when I last looked the boards were $100-$200, and you can get a nice 1920x1200 monitor for that much, though none as small as 17".

I looked into this a few years ago, although I was trying to hook up one of the panels to a PC then. I found EarthLCD, who sell various interface cards designed to work with obscure LCD panels.

Unfortunately they're not cheap, and most are designed to connect to a PC or have a composite video signal applied, but it might give you an idea of the complexity involved.

I believe the new DisplayPort connector is designed to work with laptop panels as well, so in maybe 10 years time we'll reach a point where old laptop screens can simply have a new plug wired on to them.

After many years I've finally succeeded in doing just this. The simplest way I can say it is this:

Here's a project where I did this:

Can you simply solder a DVI or VGA cable? No. You basically need to hook up a video chip with LCD panel driver to the many wires going to LCD. These might exist but I've never seen them. It's a bummer because I've got a few busted laptops that I'd love to reuse the displays on. 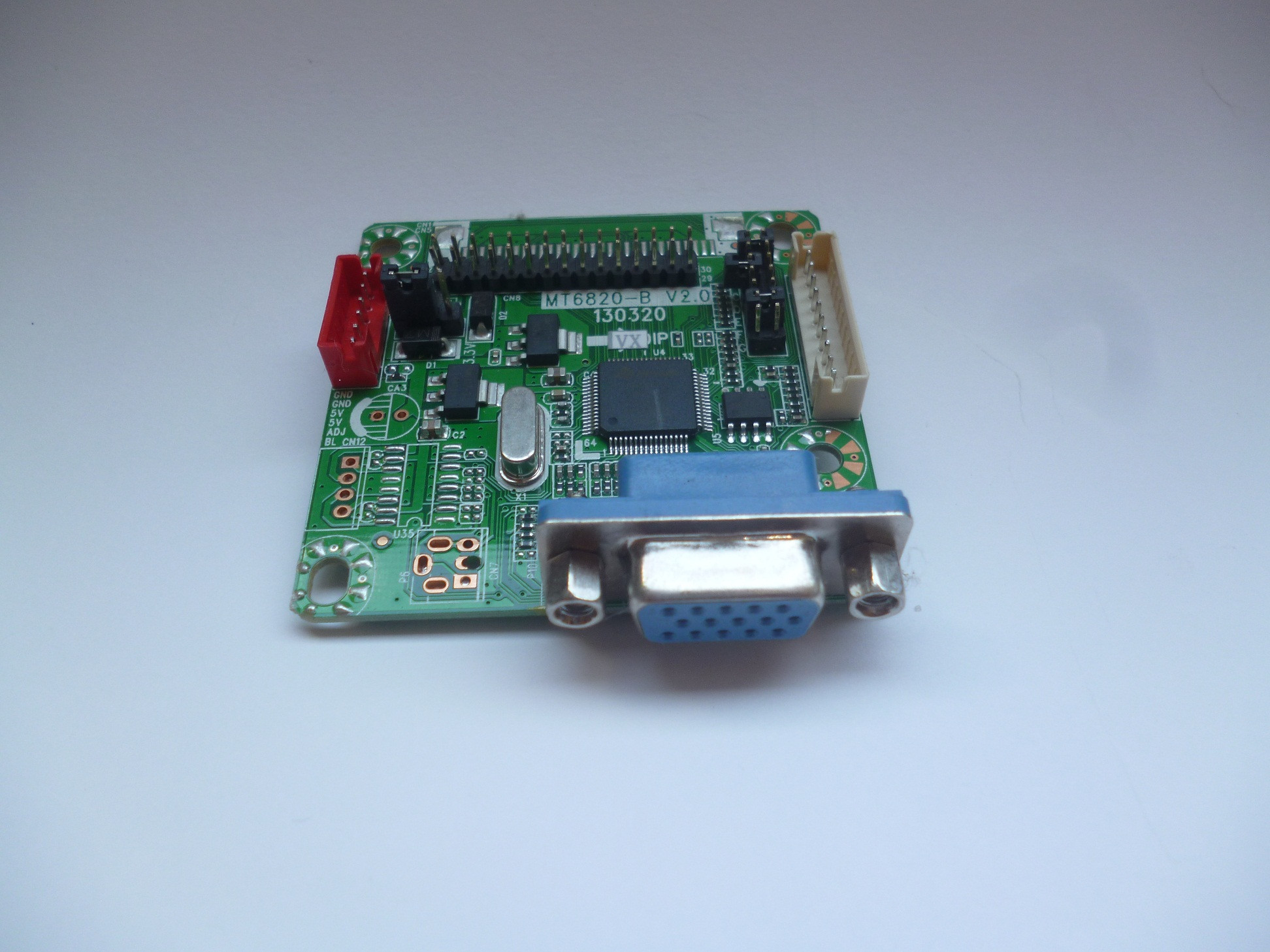 Not the answer you're looking for? Browse other questions tagged lcd computers or ask your own question.

1
Get 12 volt power supply from Dell Laptop
3
Reusing Webcam and Monitor from old laptop
5
How to feed laptop + bulb with solar energy?
1
ESD Wrist Strap When Working on Monitors and Power Supply