Why does the datasheet for this FET show two / three VGS(off) values?

I am using a MMBFJ270 P-Channel JFET and if you look at the characteristic graphs it is saying that there are two values for VGS(off) and in one graph it quotes three different values... Why does it do this and what determines the value for the VGS(off)?

A couple of the graphs are below so you don't have to trawl through the datasheet. 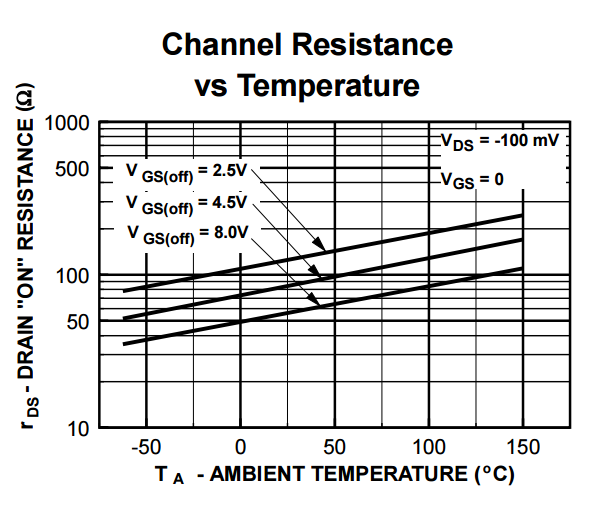 In the datasheet it says in the characteristics table as well that the VGS(off) is 2.0V... I can only assume it depends on the IDS or VDS but I really have no idea...

Can anyone give me some pointers as to what value VGS(off) this FET will actually be or how I can work it out?

So let's look at the first two graphs in the OP's question: -

It also looks like this device has exactly the same characteristic as the J177 P channel mosfet - the graphs are identical as far as I can tell and I suspect that Fairchild may have dropped a major clanger: -

So back to the front page and the specification in the table is incomplete in my opinion. Using the J177 as an example, it lists a range of JFETs that are basically the same device but, due to manufacturing process variations have different VGS(off) voltages: -

In all other specifications they are the same device.

Not the answer you're looking for? Browse other questions tagged datasheet fet or ask your own question.