How do I use superposition to solve a circuit?

Yes, this is a pedagogical question. While answering another recent question, I wanted to refer the OP to concise instructions for using superposition to solve circuits. I found that all the easily found resources online were somewhat deficient. Typically they were unclear about what kinds of circuits superposition applies to, or about the actual method to apply the superposition theorem to a circuit problem. So,

What kinds of circuits can be solved by superposition?

How are different kinds of sources treated when solving by superposition?

What are the steps to solve a circuit using the superposition theorem?

What kinds of circuits can be solved by superposition?

What are the steps to solve a circuit using the superposition theorem?

How are different kinds of sources treated when solving by superposition?

The independent sources are to be treated as explained above.

In case of dependant sources, do not touch them.

Superposition only applies when you have a purely linear system, i.e.:

In the context of circuit analysis, the circuit must be composed of linear elements (capacitors, inductors, linear transformers, and resistors) with N independent sources, and what you're solving for must be either voltages or currents. Note that you can take a super-imposed solution to voltage/current to find other quantities which are not linear (ex. power dissipated in a resistor), but you cannot superimpose (add) non-linear quantities to find the solution for a larger system.

For example, let's take a single resistor and look at Ohm's law (I'm using U and J for voltage/current respectively, no particular reason) and see how current contributed from source \$i\$ affects the voltage:

So I can find the voltage across a resistor by summing up the current contribution from every source independent of any other source. Similarly, to find the current flowing through the resistor:

However, if I start looking at power, superposition no longer applies:

The general process for solving a circuit using superposition is:

Take this circuit with two sources: 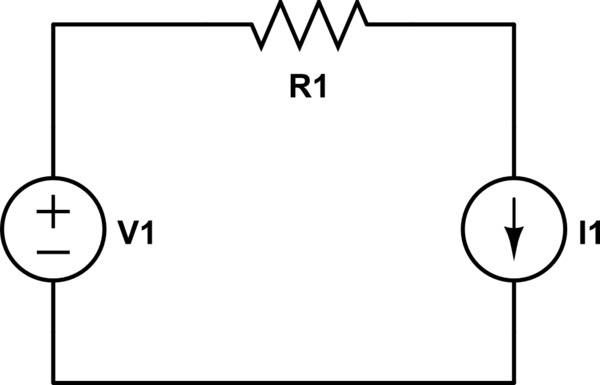 I want to solve for the current J flowing through R1. 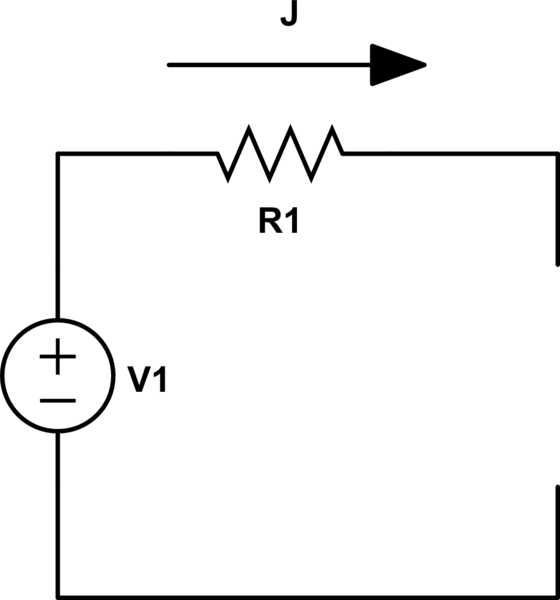 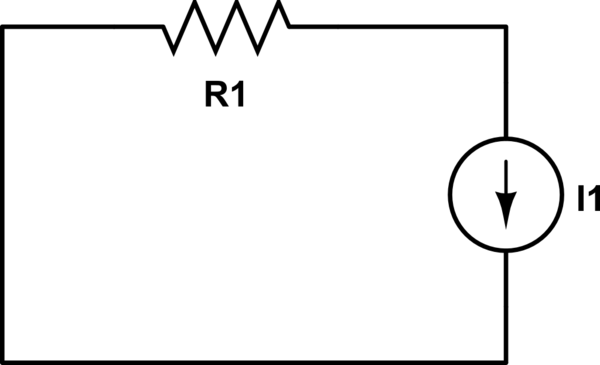 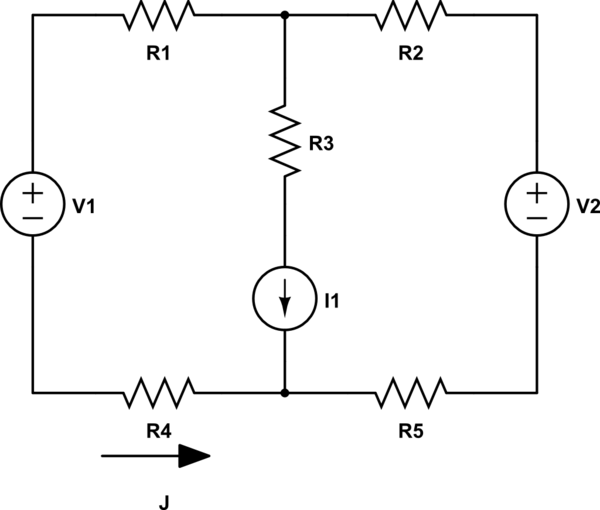 Now I am interested in the current through R4 \$J\$. Following the general process outlined earlier, if I denote V1 as source 1, V2 as source 2, and I1 as source 3, I can find:

The power of superposition comes from asking the question "what if I want to add/remove a source?" Say, I want to add a current source I2: 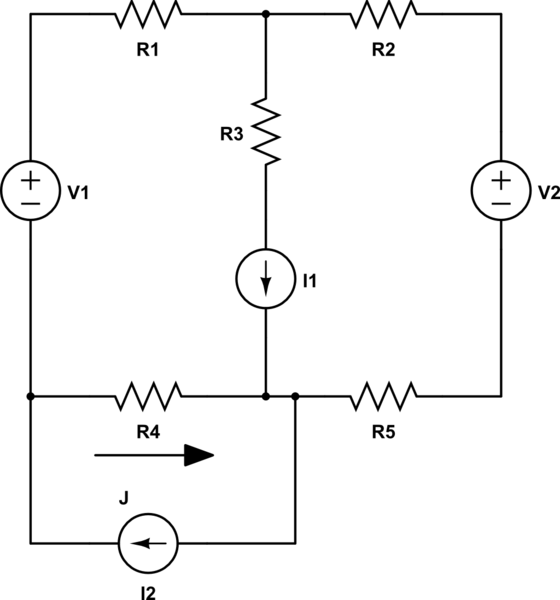 0
How to figure total voltage with two voltage sources in the circuit
0
Superposition theorem with phasors
5
Is voltage divider applicable on circuits where there is no ground?
1
Solving for a current using node-voltage analysis
0
How do I find the open circuit voltage of this circuit?
0
How to simplify a circuit with ideal current source and ideal voltage source?
1
voltage divider — for detecting higher voltage in ADC
0
Using Superposition Principle with Noise Sources
1
Principle of Linear Superposition
1
Using superposition to solve circuit with one voltage source and a dependent source
see more linked questions…