for a couple of years I have been trying to make this one oscillator circuit. 10/10 times it does not work. The best result I can get is the led being constantly on and dimmable with the pot resistor. amplification with out oscillation???

I know I could make the circuit in eagle cad, put together on a pcb and make it work. what am I missing????? I have tried trouble shooting the circuit and the best conclusion I can come up with is something is not working right or being bypassed around the two transistor ans capacitor. 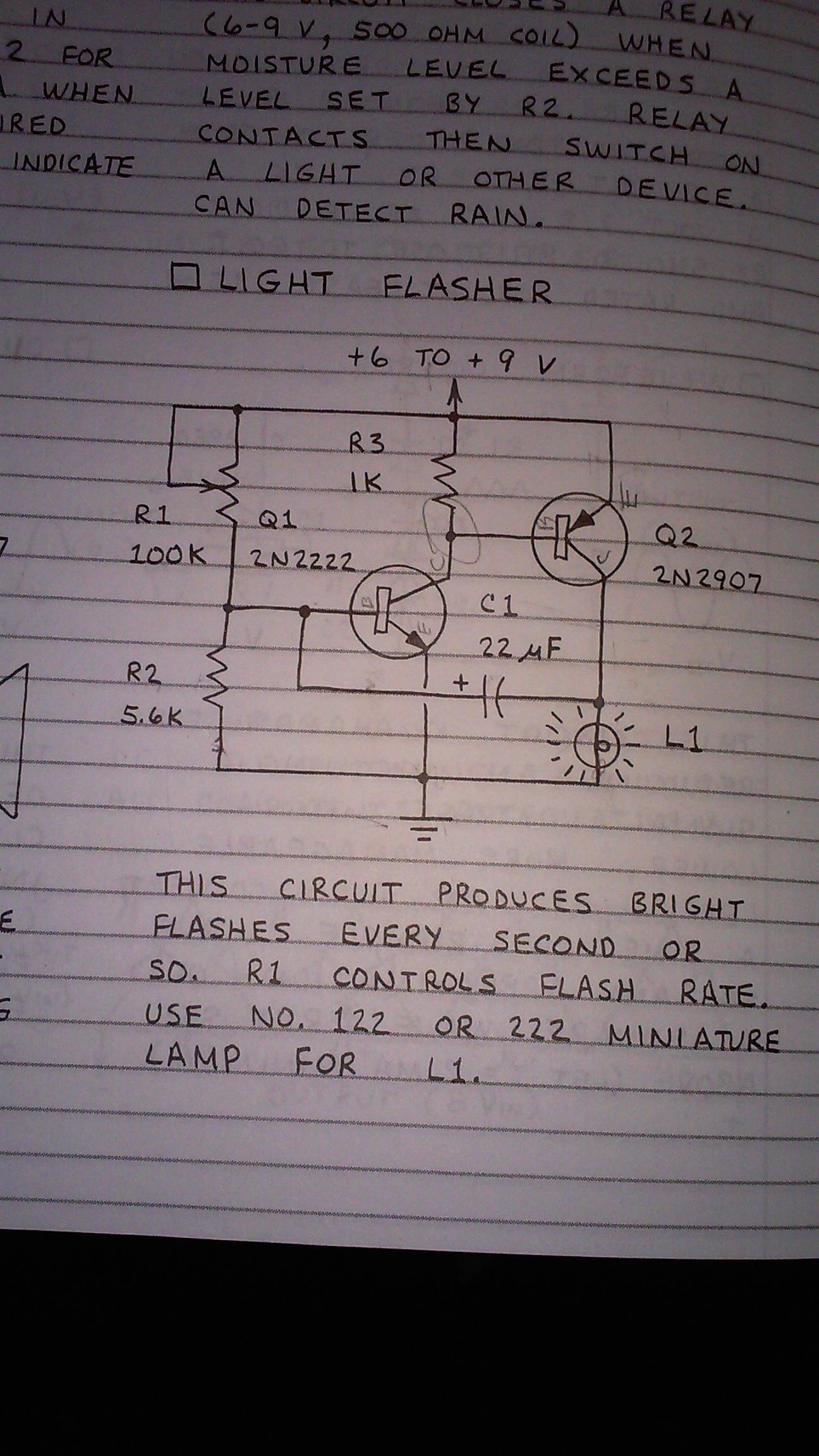 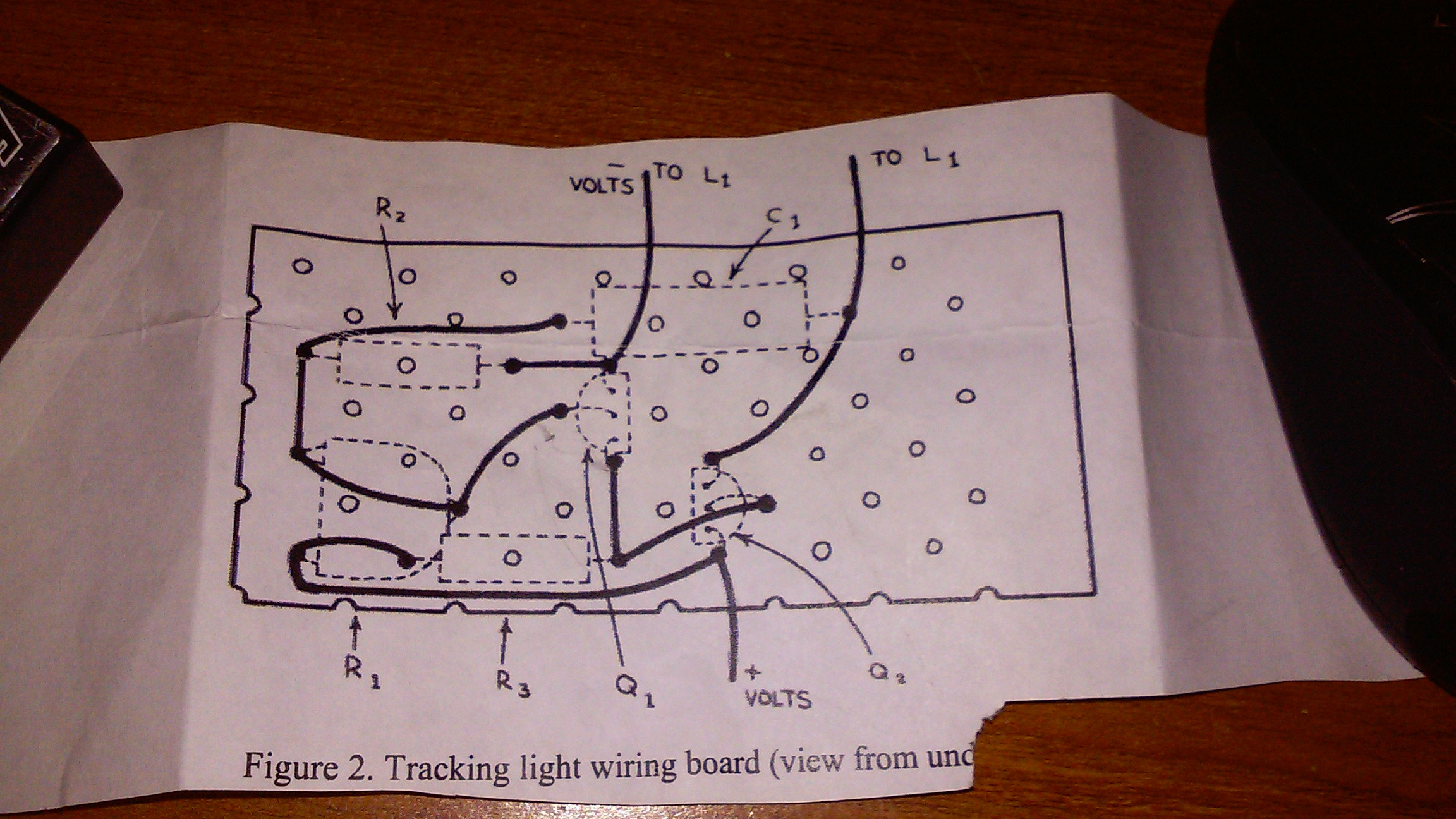 The circuit is more complex and more fiddly than is apparent.
There are a number of factors that make this so but:

C1 polarity reverses and
C1-Q1_base junction is below ground for a significant part of the cycle.

This is an intended part of the design, but not one that most people are aware of or that is overly intuitive without some thought as to how the circuit works.

Timing occurs on capacitor charge and discharge but mostly on the latter as the on pulse is usually a low percentage of the duty cycle. When Q2 turns off the right hand end drops from near V+ to near V- and its left hand end falls to below ground. The capacitor is arguably shown with the wrong polarity for normal use, but in this case the design limits the +degree of reverse polarisation of the capacitor.

The product of the betas (current gains of the two transistors has a critical maximum value. Too HIGH betas kills operation

The current in R2 when Q1 Q2 are on multiplied by B1 and B2 sets the maximum stable on state current in L1. If the supportable current is > actual trhen the circuit is liable to be stable in the on state. It's not exactly at the limit exactly when
Ir1 x B1 x B2 < Il
as there are other scaling factors but it tends to be proportional to this expression. That means that eg if a circuit works with lowish beta transistors it may stop working if higher beta transistors are substituted.

Note that it can be oscillating at high frequency so the LED appears always on but isn't.

The main timing occurs by having Q1 base driven NEGATIVE wrt ground and charging up via the R1/R2 divider. He has used a low value cap and relies on R1 being adjustable to the crucial point that allows a long charge time due to "just enough drive".
Better is a larger cap (100 uF good, more better probably, a larger value of R2 and maybe 1 1M pot.

Here is a variation that I devised 15++ years ago.
It can hardly have been original even then, but I've never seen an older version. (Somebody will have).

Can be used on higher voltages with extra components.

R2 and C1 set flash rate and can be adjusted for a slow flash or apparently a steady output due to high frequency. The LED can be in either position shown but not both at once.
The LED2 position is probably the best as the LED gets Vin_batt + the Inductor ringing voltage.
LED1 gets inductor ring voltage only.

Back to back Joule thieves. One is an NPN and the other is a PNP. they both use the same power supply but reverse polarities. But the outputs both go into a Bridge rectifier to run an LED. You may try an 8 ohm and 1200uH audio transformers 2 and 2 transistors. With a bipolar capacitor of high capacity.

Not the answer you're looking for? Browse other questions tagged transistors oscillator or ask your own question.