I have an ATmega328P-PU on a breadboard, 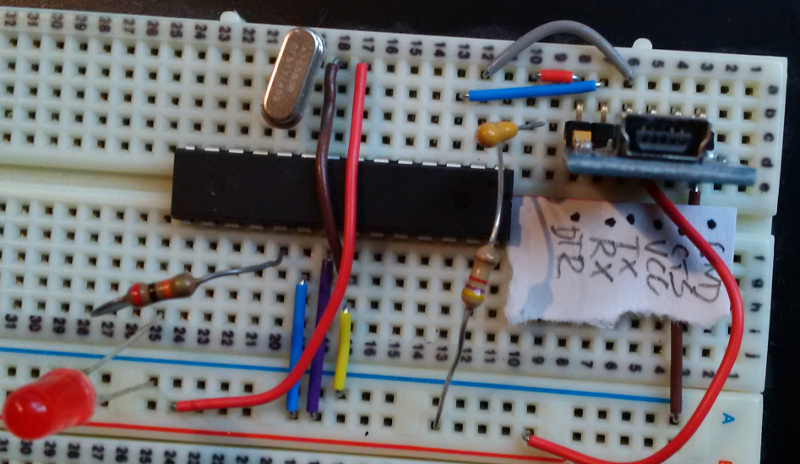 and I am trying to get serial communications working through one of these bad boys: 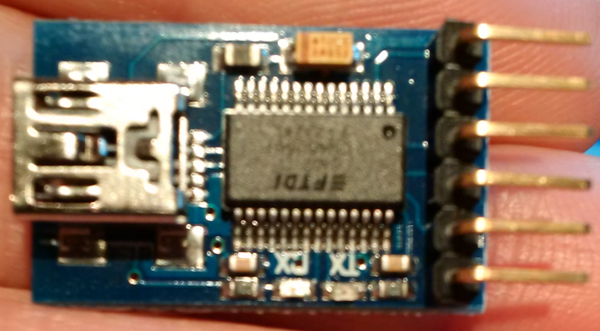 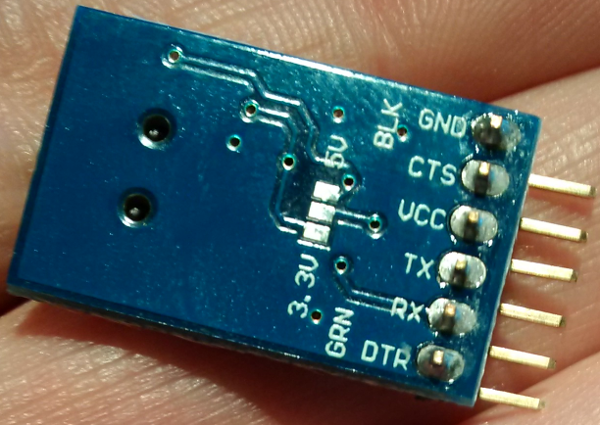 The 328P is loaded with a modified blink sketch that just does a Serial.print() at the end of each iteration.

Here is an example from Linux command line of the stuff I am getting. I also see similar garbled output through Arduino's serial monitor and minicom as well:

I have used using Nick Gammon's Atmega_Board_Programmer sketch to successfully write the bootloader, notably trying a couple of different fuse configurations (with and without the divide-by-8 bit), but the result is always the same: garbled junk. Well actually, when dividing by 8 the blink was super S L O W and obviously not right.

Would appreciate any feedback or ideas on avenues to explore. What settings to tweek? Is the circuit reasonable?

Based on MarkU's suggestion, I successfully ran my modified blink sketch on an Arduino Uno. By doing that I also verified that the FT232RL breakout board works as expected. I also noticed that on the Uno the blink sequence seemed to be faster than the same sketch running on my breadboard. Hmmm...

So set up the breadboard again, getting garbled output. Then, thinking of the slower blink as compared with running on the Uno, I changed the baud rate on the Linux side 9600 -> 4800. Hey! It's not garbled anymore!

The sketch thinks it is sending at 9600, so it looks like I am off by a factor of 2 somewhere. Is my crystal 4 MHz instead of 8? I didn't notice any fuse or other settings that would change timing by a factor of 2.

Here's what I think the problem is: I'm compiling with the target board set to "Arduino Uno," which I believe this uses a constant F_CPU = 16000000UL. Then I upload to my breadboard which is running an 8 Mhz oscillator, half the expected value.

The fact that you are getting something indicates to me that there might be something wrong with your expected vs actual clock. Is there a pin on which you can measure the clock? Did you define your crystal/frequency correctly as is required by the serial library you are using?

That blue board looks like a variant of Sparkfun USB to Serial Breakout https://www.sparkfun.com/products/12731 using the FTDIchip.com FT232RL in 28SSOP package. This particular board appears to be Folger Technologies http://folger-technologies-llc.myshopify.com/products/3-3v-5-5v-ft232rl-ftdi-usb-to-ttl-serial-adapter-module-for-arduino-mini-port?variant=823021539 They don't talk much about the board's specs, but it's probably just about like all the other FT232R USB breakout boards.

I've never seen a high frequency crystal oscillator ever work on a white solderless breadboard -- there's often significant parasitic capacitance that causes undesired loading effects at higher frequencies. You might want to consider (dare I say it?) trying your firmware on one of the commonly available Arduino boards -- since you already know more about electronics than the target Arduino user, you can load your own custom firmware, you don't have to use their IDE / bootloader / shields / etc. Having a tested/true PCB layout should perform better than a solderless breadboard. Sparkfun sells an Arduino Pro Mini 328 that has a much nicer form factor, that you could actually plug into a breadboard, but that has the crystal oscillator circuit on a PCB layout. https://www.sparkfun.com/products/11114

9
Arduino reset with FTDI breakout question
1
What is the practical difference between using an FTDI breakout board and an FTDI cable?
5
Transmission (TX) halts using FTDI 232RL with ATmega328-PU
1
FTDI Chip to Serial port
3
Arduino as AVR Programmer with Avrdude
9
Programming an ATmega328 with Arduino bootloader via a FTDI USB-serial adapter
0
Arduino as ISP programming the Arduino, not the connected ATmega328P
0
Duplicate a FTDI FT232R usb->serial cable
3
Why does my Atmega328 clock seem to be off by a factor of 2?