I have a boost converter that will convert 12V and 11A to around 20V and 6A. Since I didn't find any inductors (in my local stores) capable of such currents and frequencies and the correct inductance I decided to build one myself.

I've calculated the required inductances to be around 3uH for 11A and a couple of 710uH (for a low pass filters in 'boosted' section) for 6A, but am having doubts about saturation current.

I've seen an anwser on this site showing how to measure it, but I would like to calculate it prior to actually winding them.

So is saturation current dependent on core material/type/dimensions? If I know these values how can I calculate it?

Saturation of the core depends on the core material but usually for ferrite type materials it is round about 0.4 teslas (an example is 3C90 material from ferroxcube): -

Notice that despite an increasing H field (basically amps), the flux density is leveling out at about 400 mT. So what is the H field all about?

So, a bigger toroid has a longer \$\ell_e\$ and therefore the H field for a given number of ampere-turns will be smaller. This means the toroid will saturate less for the same current.

What does a gap do? A gap reduces the effective permeability of the core material and, remembering that B = \$\mu H\$, a smaller permeability also means a smaller flux density for the same current.

In summary, it is amps x number of turns that is the driving force (magneto motive force) but when taking into account the effective length of the toroid (or E core etc..), MMF maps to magnetic field strength H and this, coupled with the effective permeability of the core dictates saturation point of flux density B.

So a bigger ferrite with a gap is a must when avoiding saturation.

It's also worthy of note that many designer's aim is to have a certain value of inductance and that introducing a gap may halve the permeability. This halves the inductance yet, increasing the turns by \$\sqrt2\$ restores the inductance to its previous value. Inductance is proportional to turns-squared.

This tells you that you can obtain the same inductance from a gapped version of a core AND lower the saturation point. However, copper losses may dictate that there is no net gain in "efficiency" without going to a bigger core. 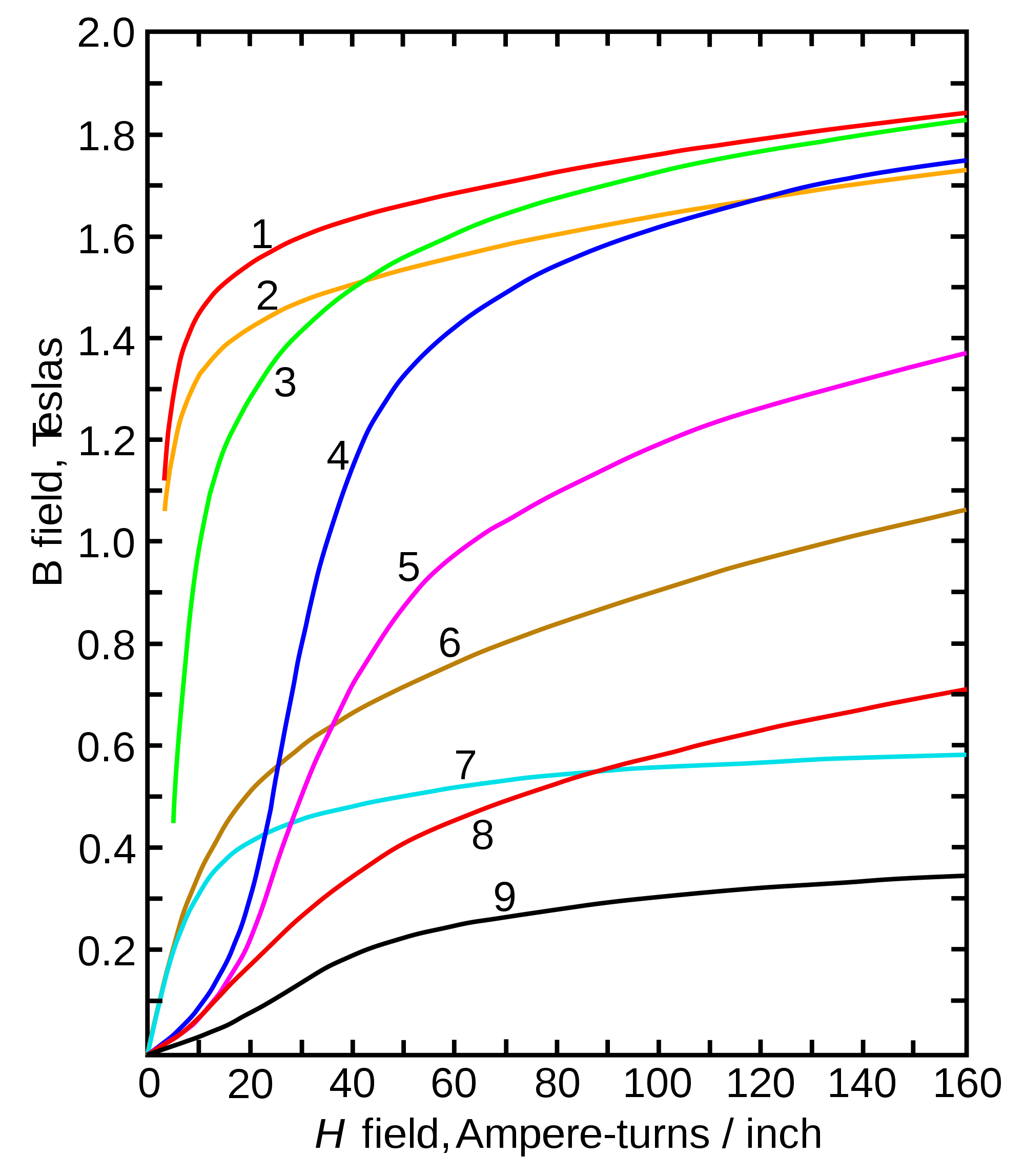 Cobalt and Nickel are both used in ferrites. Information taken from here