I'm thinking about making a reverse polarity protection for a project, and I've came up with this idea:

I think that if I reverse the polarity, the diode will short the supply and blow the fuse. Will it work this way?

The only weird thing is that I didn't find anything simillar when looking around the internet... so I'm assuming there is a catch.

What you show is fine. However, the diode needs to be able to handle the large current from the time the power supply is connected backwards until the fuse blows. That could be several 100 ms. Check the fuse datasheet. Usually you would use a beefy diode, not a zener. There are such things as power zeners, but if you're only trying to protect against reverse polarity and not overvoltage, you don't need the zener function. Just get a power diode.

The fuse and reverse diode is occasionally used, but nowadays the trend is to not force the user to replace a blown fuse unless something has really broken, in which case replacing the fuse isn't going to do any good anyway. This is a cheap and effective way to protect against reverse voltage that hardly gets in the way when the voltage is applied properly. However, you have to consider whether users are going to get upset when the fuse blows.

Unless this is low voltage and every last bit of efficiency matters, you're probably better off putting the diode in series and simply blocking reverse voltage. At low voltage, use a Shottky diode to reduce the voltage drop when operating normally. Roughly at 100 V or more, use a ordinary silicon diode.

This question has gone from a 'simple project query' to a good example in both question asking and design, by the addition of key information buried in added comments.

A low cost low loss reverse polarity protector can be implemented with a single MOSFET.
This can be as low loss as desired by selecting a suitably low Rdson device. Lower Rdson usually corresponds to higher cost but reasonable prices are achievable with much lower losses than from any other method and perfect non destructive reverse polarity protection.

The 50 cent through hole part mentioned below achieves 7 milli-Ohms on resistance at 20A worst case at high temperature (where it is worse than when cold). Compared with a proper fuse and diode this solution is cheaper and compared to a series diode the cost difference is minimal and the gains may be significant.

This 37 cent in 1's in stock at Digikey surface mount IRFML8244 MOSFET will provide complete reverse polarity protection with no other parts at currents of 1 amp with ease and at several amps with attention to copper layout. See below ...
Pricing

This astoundingly superb AOI514 MOSFET - in stock Digikey 50 cents in 1's through hole TO251 package N Channel MOSFET will handle 5A without a heatsink and be warm to the touch and 10A no heatsink and be getting too hot to touch but will survive OK in free air (and will handle 17A at the package limit). Pricing .... data sheet

A MOSFET (N or P Channel is connected with reverse to normal polarity of drain-source connection in one battery lead with the gate connected to the other battery terminal. If Vbattery is much less than Vgsmax this can be implemented with no other components.

When the battery is connected with correct polarity the FET is biased on with usual Vgs po;larity but reverse to usual Vds polarity. As a MOSFET is a two quadrant switch (even though less often used in this way) current may flow from d to s (as usual) =or s to d as in this case.

If Vgsmax << Vbattery can be used as shown.
For Vbattery near or above Vgsmax use gate resistor and clamp zener or resistor divier for gate drive.

A 2S LiPo battery has a minimum output voltage of about 6V and mean of about 7.2V.
A series Schottky diode solution would usually not drop more than 0.5V. Actual voltage depends on current and diode parameters. Down to about 0.3V is doable with Schottky but starts to get expensive compared with using eg a MOSFET protector.

eg A series Schottky diode at 0.5V drop and 7.2V mean battery voltage will lose an average of about Vdiode/Vbattery_mean ~= 0.5/7.2 = 7%.
This is non-trivial but MAY be acceptable. The 0.5V drop will have minimal effect on motor operation in some cases but may minimally but noticeably affect operation at end of battery life and at high load.

An auto switching MOSFET protector can easily be designed to drop under 0.1V imn operation (and less or even much less if desired). At 0.1V drop it will waste 0.1/7.2 ~= 1.4% of energy used and will have essentially noticeable effect on operation.
A loss of under 0.5% is doable if it matters.

A LiPo battery can have a safe fuse blowing circuit designed for it. This would probably include a guaranteed minimum resistance between battery and shorting "switch", a high-discharge-capability capacitor which is adjacent to fuse and shorting-diode with minimum impedance connections and a carefully designed HRC (high rupture capacity) fuse.

HRC fuses and arcs: An "HRC" fuse will still "blow" with the same current / time characteristics as a non HRC fuse of the ame specification BUT an HRC fuse will survive and break an "arc" of much or very much higher current. A non HRC fuse may shatter and allow a short duration very high current arc to char surrounding materials, thereby creating ionisation and carbon particle conduction paths and continuing conduction after the fuse has long parted this world.
Q: Does this happen?
A: HRC fuses have existed for many decades and show no sign of going away.
ie yes, while this is not the norm, arcs that may happen sometimes do. A LiPo battery is amongst the "best" batteries for arc creation and maintenance of any readily available.

Chances are you could ignore all these "extras", and just "slap in" any old fuse and any old diode and whatever layout happens and never have any problems - witty the fuse blowing cleanly if needed. And the possibility is with Occam and Murphy arguing in the wings, that on one occasion a friend or helper or you holds a LiPo battery, plugs it in and the robot erupts in flame, or the battery erupts in flame and you may or may not get an exciting emergency room visit.
My direct and indirect experience of LiPo behaviour to date suggests that such an occurrence is liable to be less likely than popular literature suggests and more likely than you probably wish to be the case. 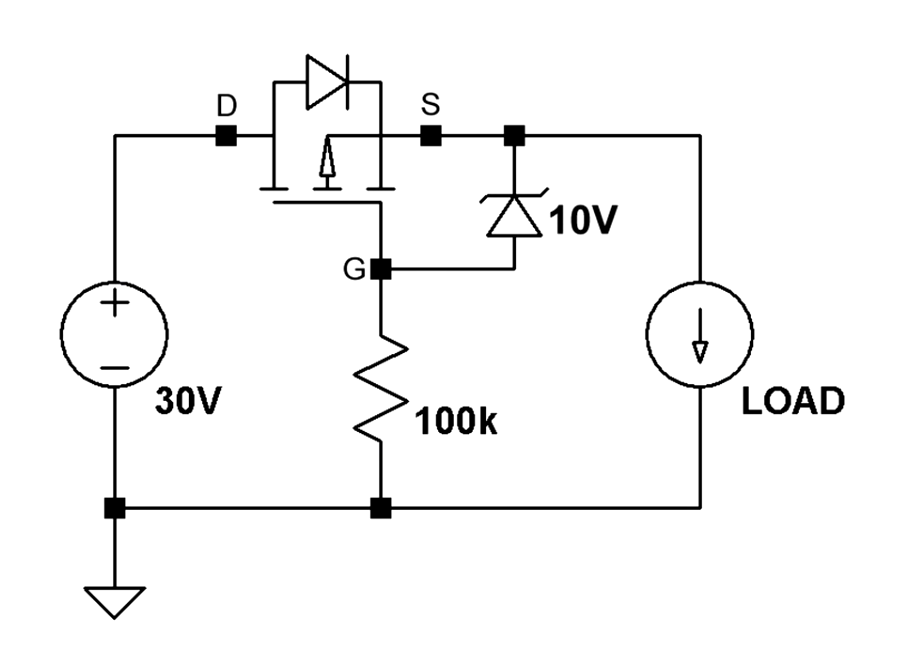 Not the answer you're looking for? Browse other questions tagged protection polarity or ask your own question.

14
'Voltage Fuse' or better
1
Is there a standard DC power jack that prevents devices from being damaged by the wrong voltage?
0
Is reverse polarity protection required for the ZXTR2005Z regulator?
0
How to detect reverse-polarity post-mortem?
-3
What should be used? A Transistor or a fuse?
1
The Best Place for the Reverse Polarity Protection Diode
0
Reverse polarity diode, which diode is better: SB140 or 1N5819