how the LIFX or Hue generate millions of colors?

I see the Philips Hue and LIFX led bulb can generate the millions of colors, I can find 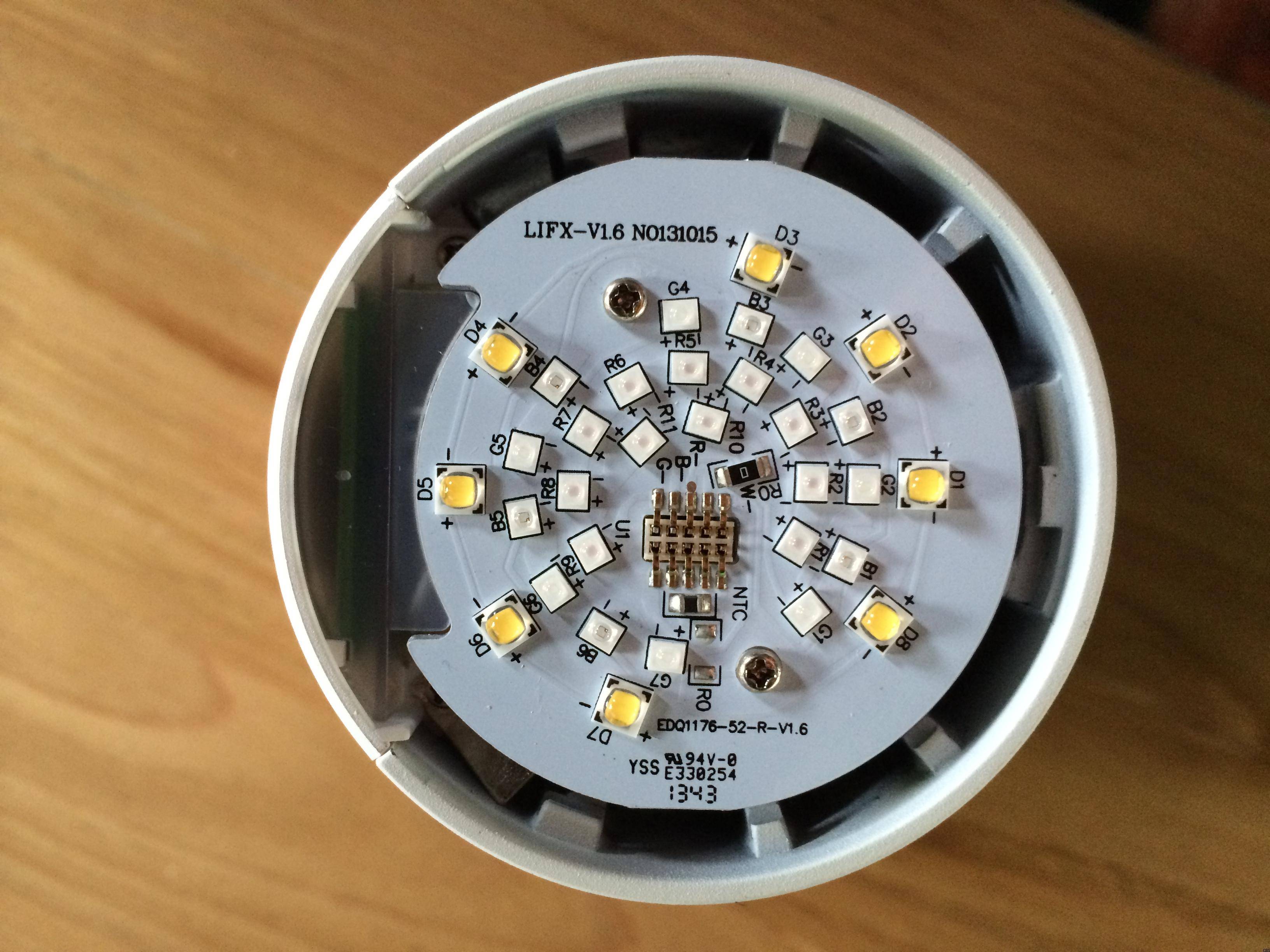 can anyone tell me how this light works to generate millions of colors, what is the yellow LED light and white LED light, are they all the RGB led lights ? is each LED individually controlled by the circuit, and use all of them to make a color combination and is each LED controlled by simply opening/closing or dimming in different levels.

Each LED primarily stimulates a corresponding type of "cone" in the human eye as described here.

So a perceived color is created by a combination of the intensities from the three LEDs. If we include intensity of color as a discrete color, then for 1,000,000 colors we would need log2(10^6)/3 bits per color or about 7 bits per 'color'.

Most likely they are using 8 bits PWM intensity per color (about 0.4% steps in intensity), giving 16,777,216 or 16 million 'colors'. In reality you are not going to be able to visually distinguish anything like that many, and many of the 'colors' are just different intensities of a color that is visually the same.

White LEDs look yellow when not on- also some sources use a yellow component to the light to make the color appearance better for sensitive things like flesh tones and food (so they're RGBY rather than RGB).

can anyone tell me how this light works to generate millions of colors, what is the yellow LED light and white LED light, are they all the RGB led lights ?

It is very common to use PWM dimming in order to have fine control of a LEDs output; I have no proof that it is used here but that is very likely the case.

So it's safe to assume that all red LEDs controlled by one signal (they work in unison). Same for the blue, green and white LED groups.

The traces seem to indicate that the LEDs for each color are connected in series.

Dimming LEDs by PWM is patented in some countries, so the dimming for each color could be achieved by by a very similar method, which is however sufficiently different from patent lawyer's perspective. Analog dimming is, most likely, not used as it would produce more heat in the driving electronics (and make them more complex; the controller circuit is digital anyway).

1
Blending RGB LED colors together
8
Why are red LEDs so dim & how do I make them brighter?
1
RGB LED - Fade Between Random Colors
2
Transistor / mosfet for PWM dimming of 30W RGB LED
1
How can I scroll through all colors of an RGB LED using an Arduino microcontroller and a single Potentiometer?
4
LDR + RGB Led = Color sensor. How to calibrate it?
1
Choose the right resistor for your RGB led (calibrate the colors)
0
Lighting up LED strip
0
LED light bulb in series or parallel?