Design Decisions for using ADC with no VREF

I was looking at Freescale's KE02 processor family, and the MCU designers made an interesting design decision revolving around the ADC that I can't completely wrap my head around. 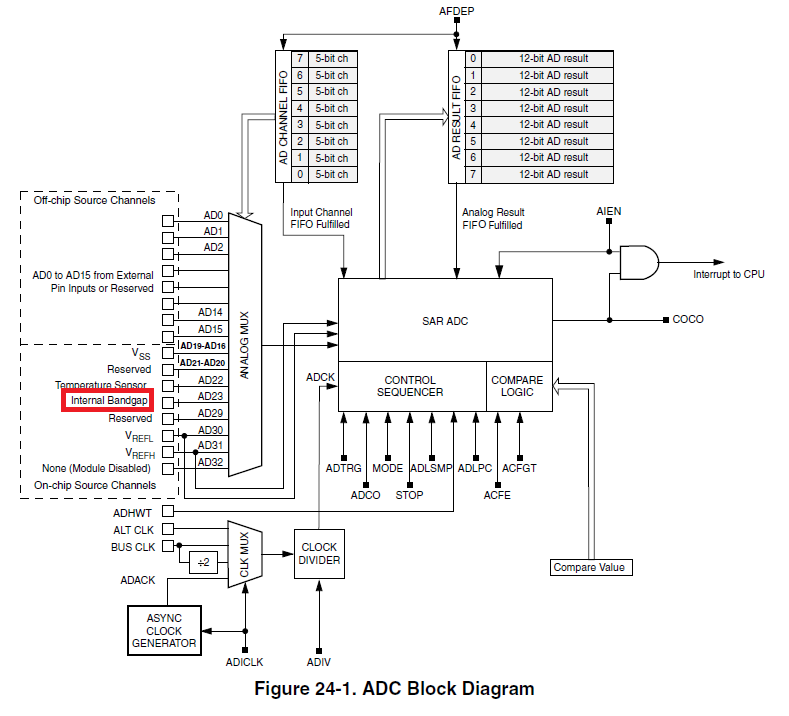 24.2.3 Voltage Reference High (VREFH) VREFH is the high reference voltage for the converter. In some packages, VREFH is connected internally to VDDA. If externally available, VREFH may be connected to the same potential as VDDA or may be driven by an external source between the minimum VDDA specified in the data sheet and the VDDA potential (VREFH must never exceed VDDA).

If the AVDD/AGND rail is accurate and stable, using AVDD/AGND as the ADC reference isn't an issue. However, if AVDD/AGND is tied to a noisy rail (think EMI, SMPS, etc.), an inaccurate one (e.g. rail regulated to +/- 4%), or to a non-regulated rail (think direct connection to a battery), the ADC readings become unreliable.

In such situation, the solution would be to explicitly capture the analog value of the Internal Bandgap and apply some non-linear scaling in function of the acquired value. This is a lot of extra work, especially since this would be a non-issue if the Internal Bandgap or an external bandgap were made available to the ADC's reference voltage.

Or am I missing a really simple trick to calibrate the ADC readings in function of the measured bandgap voltage which would make this ADC HW implementation a non-issue?

This is becoming a fairly common practice with some manufacturers. Even some Microchip PICs do this (PIC10F322, If I Recall Correctly).

They do it this way because it's easier for them and not all that much harder for you. And this technique can work well - IF the Vdd rail is reasonably constant over the time period between calibration cycles.

That's okay, if Vdd comes from an unregulated battery supply that slowly changes. It's not so good if you require really accurate readings and your power supply is noisy.

Note that it's also okay if you are doing primarily ratiometric readings such as those coming from some form of bridge-type sensor (strain-gauge, pressure sensor, etc).

Many times with that sort of product, all you need is low-battery indication. You don't need to do any run-time calculations - simply read the internal reference and signal battery status depending upon whether the A/D reading is above or below some value that you calculated when writing your code.

For many simple battery-powered products, this technique is just fine. If you require a better A/D converter, either use a different chip or add an external A/D converter with it's own reference.

I believe the biggest reason for this design decision is that the bandgap wouldn't be acceptable as reference voltage to the ADC used without costly modifications, either because of the current requirements of the DAC (AVDD seems to feed it directly, no buffers involved), or because at 1.25V the comparator in the ADC would have to be more accurate (according to the KE02 datasheet, VDDA should always be between VDD-0.3V and VDD+0.3V, so it will be at least 2.4V). This is just me speculating the design decisions though.

Not the answer you're looking for? Browse other questions tagged microcontroller adc voltage-reference freescale or ask your own question.