I apologize in advance if this should instead go in the Arduino stack exchange, but I feel it should be here.

I'm using this thermocouple / amplifier pair with my Arduino Uno. I am trying to make my own version of Ben Heck's Solder Reflow Oven by modifying a black & decker toaster oven. I have almost everything set up and working, the one thing I have left to do is get consistent readings from my thermocouple.

My system consists of the following:

-Line, neutral, and gnd go into a 24V power supply. This goes to a 12v regulator and to the arduino. The reason I use 24V is because I was unsure at the time what the largest voltage requirement would be in my subsystem.

-the arduino is controlling a 12V relay and receiving readings from the thermocouple.

So it would seem that the power required to heat the oven coils is in some way affecting the thermocouple, but I don't really know much about fixing these types of issues.

What could be causing this?

My only thoughts are either a) it's caused by sucking power away from the arduino because the oven requires so much power or b) since the coils operate at around 120V 10A they may be causing some sort of EMI issue, which I know literally nothing about fixing.

Can I get some insight as to what my problem may be and some suggestions on how to fix it? 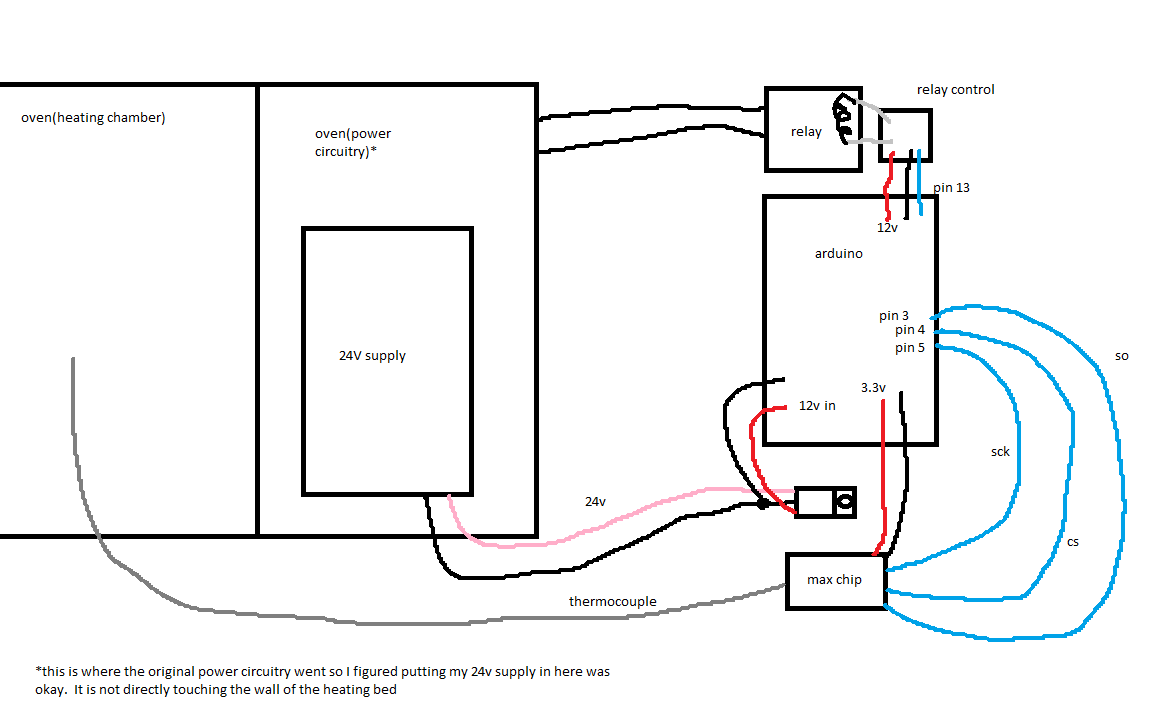 The relay, once flipped, connects the live line together, which is what turns on the oven.

If that does not improve things, and you cannot shield the thermocouple with a braid, try connecting each side of the thermocouple to the ground pin of the Maxim chip through a 100nF capacitor.

Not the answer you're looking for? Browse other questions tagged arduino power emc thermocouple or ask your own question.