No output from programmed attiny2313

I flashed a simple led blink program to an attiny2313 with a usbasp type programmer. Avrdude confirmed that the chip was programed, but the led is not blinking.

I tried switching the led, varying the resistor and double checking the wiring. I've also tried a few other led blink programs for this chip and the circuits that went with them. I can't get the program to work. Avrdude says it was written and confirmed, but the led does not blink.

I occasionally get a 'first bit does not match 0xff not 0xdf' when changing fuses. They are all on default currently. I sometimes got a similar error at the end of the programming but with the values 0x00 and 0x0c instead, but even this error has not come up recently.

The program blinks pin PD6. Here is a picture of my circuit. The unplugged pin is the 3.3 volt connection I replaced it with the brown 5 volt wire. 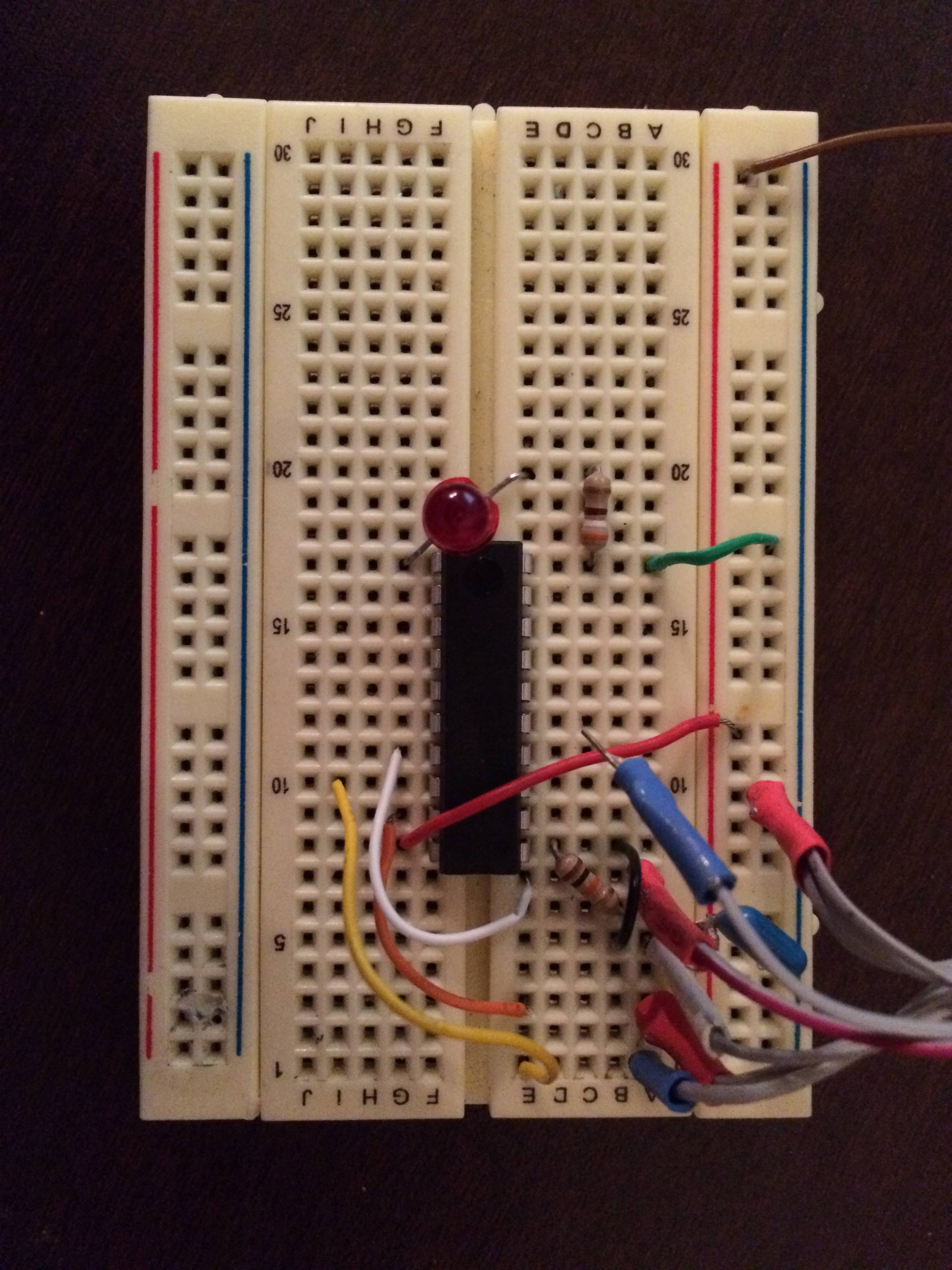 It turned out the problem was how I compiled the C code to hex. This website has simple and very clear instructions for how to do so on a mac. How to AVR with OSX

Not the answer you're looking for? Browse other questions tagged led attiny avrdude usbasp or ask your own question.

6
How do I know where I need decoupling capacitors?