In a couple of forums where we are working on kit cars with VW air cooled engines and therefore little room for conventional air con compressors etc we are looking at electronic means of getting cooled air into the interior and peltier devices have been mentioned. There is the advantage that we have small two seat cabins, about 2,5 cubic meters so not a lot needed but with ambient external summer temperatures of 30c to 42C and a large, almost horizontal windscreen, internal temps can get as high as 60c+.

I have looked at a few kits and assemblies and I can see where we could use and even utilize these but how COLD if one could expect from say a 6.5A to 10A unit using something like a CPU cooler heat sink and fan.

Alternative idea is to cool the fluid with Peltier devices in an insulated container (like a cool box) and then use that to construct a pumped cooled fluid system passing the pipes through the cooled fluid and a matrix in the car with a fan as normal and again use the heated side when needed for warming the car, when not needed the heat would be vented away or the whole thing just switched off. A/C using peltier devices, is it feasible'

Any brain storming ideas would be very welcome as I can get my head around the engineering side but electronics are limited to 12vDC car systems.

My Mercedes air con delivers as low as 5c at the vents but that is too cold and it is a much larger area.

May be possible, but not viable. 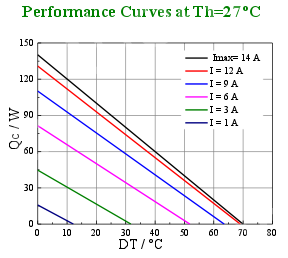 However, as long as it's really hot inside the car, the full pumping capacity will be available.

Note also that the maximum pumping power is about 140W for 14A and DT=0. If you have a look at the second diagramm, this current occurs at about 12V. So the PE consumes 12V*14A=168W of electrical power, already more than what it pumps. If there is a temperature difference, effective pumping power decreases while power consumption increases due to higher voltage. So, if t's really hot outside (40°C) and you want 20°C in your car, this PE will only have an effective pumping power of 100W.

Also, you have to dissipate pumping power plus consumed power at the outside, so 268W for the last example. 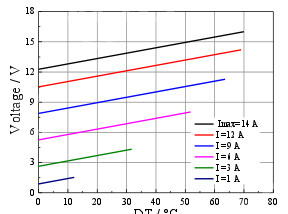 Up to now, we did not say much about how much power you need. A hair dryer typically has about/above 1000W, which heats your bath room only slowly. 100W may me much for a solder iron, but it's quite negligible for heating a room. The sun heats your car about 1000W/m².

I did not find numbers about car ACs, but is well-known that an AC takes some kilowatts from your engine. You may not notice it on most cars, but I do. I've only about 50kW, and on the highway with a slight slope, I sometimes call the AC switch my "inverse turbo boost". For sure, the AC takes about 2-5kW. As the pumping power can be higher than the consumed power (see this discussion, though not answered yet), you can estimate the pumping power to at least 3kW.

I think, the numbers of my last paragraph show that it would be better to think of a compressor-based AC solution...

As mentioned in sweber's answer, a peltier device doesn't meet your minimum needs for cooling. An alternative to the peltier device are the compressors found in the trucking industry for No-Idle Heavy Duty Trucking Air-Conditioning. Masterflux is one such supplier.

Another alternative is an electrically-driven rotary compressor. The first one I found on Google is a 12V model that takes 840W and pushes 3412BTU. It functions exactly like a belt-driven unit, except its power source is electrical instead of mechanical.

The idea is sound. I have built a home air / heater with Thermoelectric devices

For all the non believers please read this: https://www.researchgate.net/publication/280775058_REVIEW_PAPER_ON_THERMOELECTRIC_AIR-CONDITIONER_USING_PELTIER_MODULES 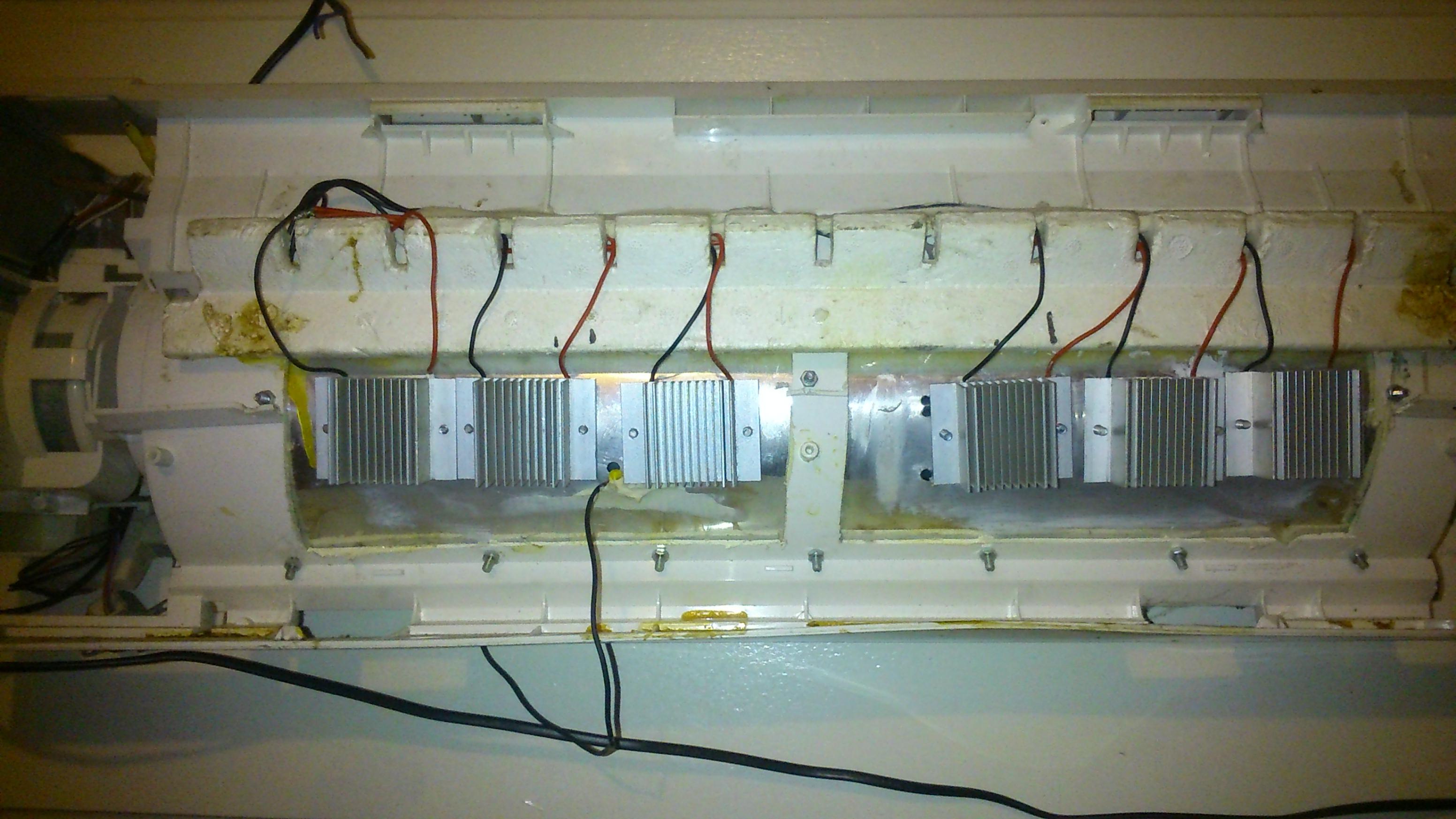