I have been studying transistors and decided to try my knowledge in my lab to find out that nothing works as I thought it would.. 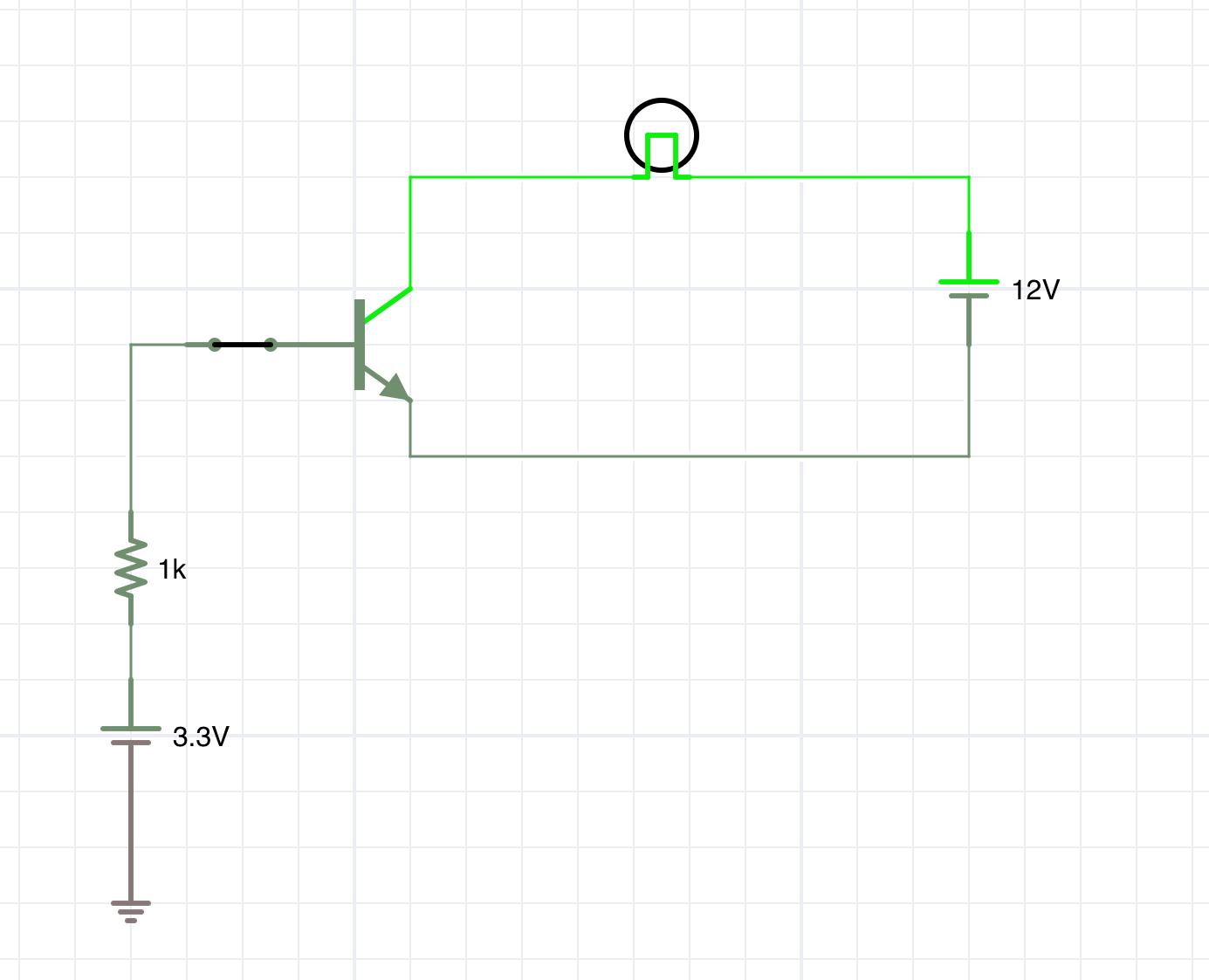 However, as soon as I plugged in the power supply, the lamp lit! Even though no current was passing through the base. I tried flipping the transistor around, to see what would happen, as as expected the lamp wouldn't light.

I switched out the lamp with a small solenoid (SparkFun ROB-11015), but now nothing happened while toggling the GPIO pin. I switched out the transistor thinking I fried it, but still nothing... am I missing something?

From what I understand, as long as there is enough current running through the base to saturate the transistor, it should allow current to pass from the power supply to the load. When the transistor is not saturated, the circuit is open.

As an aside, from multimeter readings the GPIO pin is a steady 3.3V and the solenoid draws ~500 mA initially and stabilizes at ~140 mA when wired directly to the power supply.

Whatever you have driving the base is not connected to a common ground with the rest of the circuit.

The strange thing is that the light is on instead of always off. With no base current, the transistor should be off. This indicates something is not as you have it wired, or the transistor is connected incorrectly or is damaged. 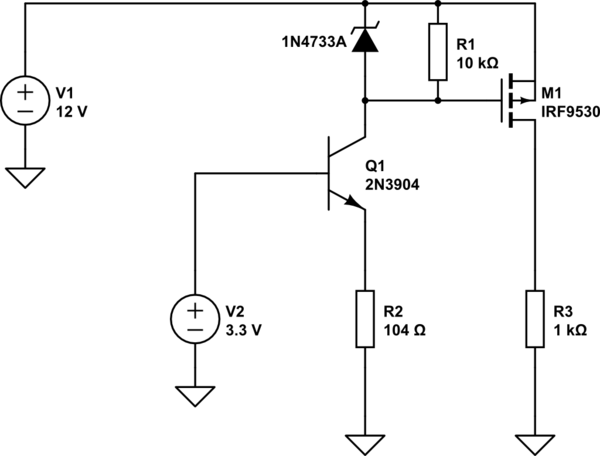 I achieved something similar with the below circuit. Does use some extra components, but will happily switch the 12V on and off!

Whilst I think this achieves what you're looking for - i've found it to be better to use a transistor to switch the path to ground on or off, rather than using it to turn the 12V supply on. 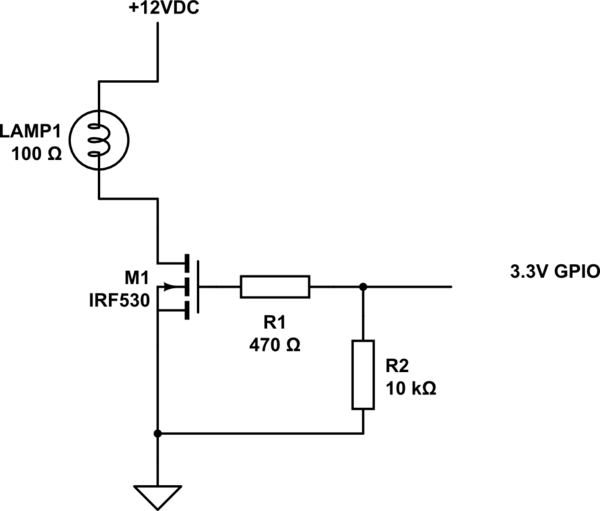 In the first original diagram there's another error, beside the fact that there's no common ground: when no base voltage is present, lets say the Raspberry Pi is not connected, the base of the transistor lies open... What happens then is that the circuit becomes very sensitive for the net frequency that flows around (50 or 60 Hz), and will open on the positive flank of its sinus. To overcome this, place a relatively high resistor between the base and the emitter, so that the base voltage is always pulled down to zero when there is no input. In this case something like 100KΩ or 220KΩ will do fine.

Another point to mention is the lamp with this transistor: the 2N3904 can have a max. of 200 mA (0.2 A), so beware that the lamp can really not be more than 2.4 Watt, or the transistor will blow. For endurance, 1.5 Watt would be my maximum.

Not the answer you're looking for? Browse other questions tagged transistors raspberry-pi theory or ask your own question.