I am looking for feed back on the following power supply design. 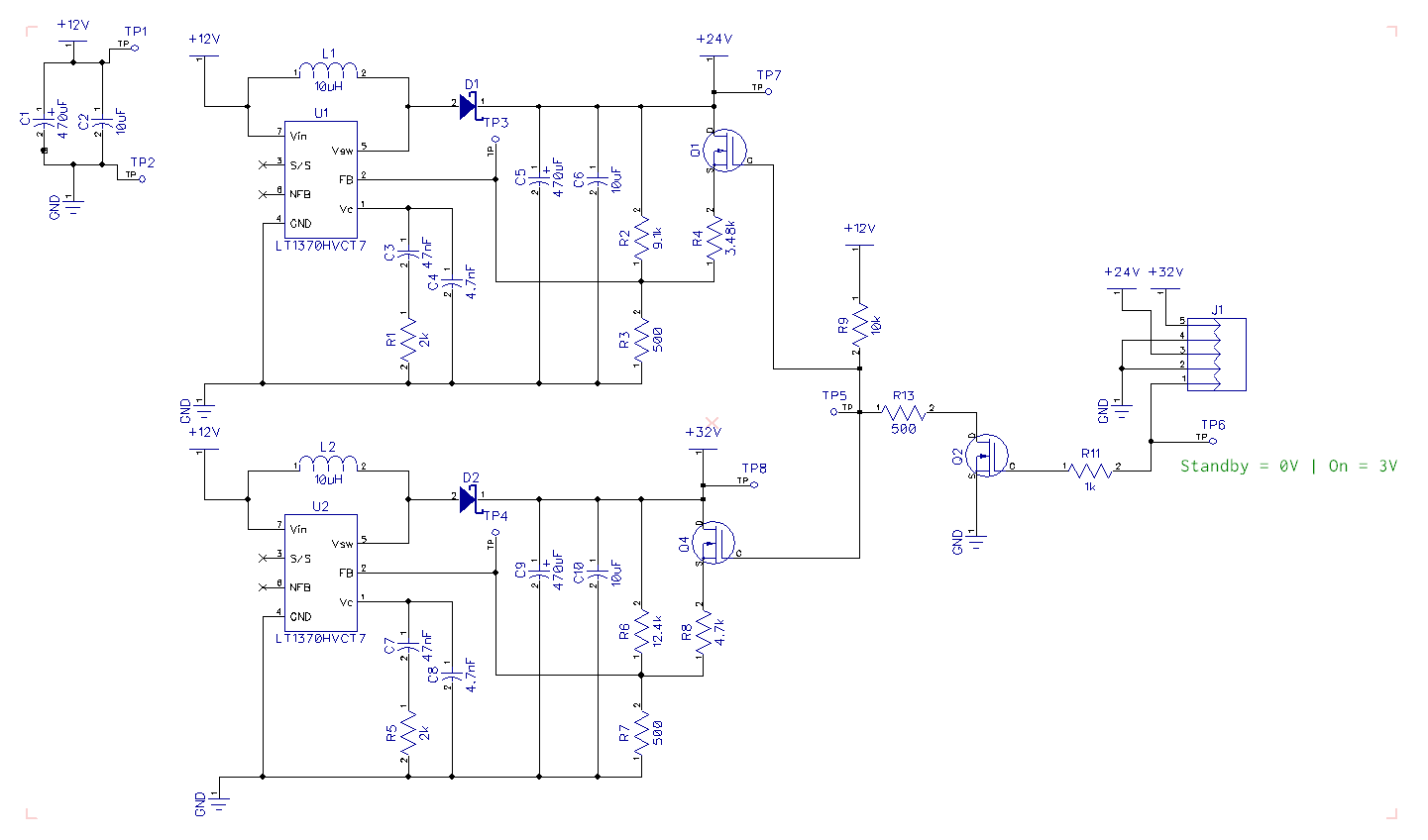 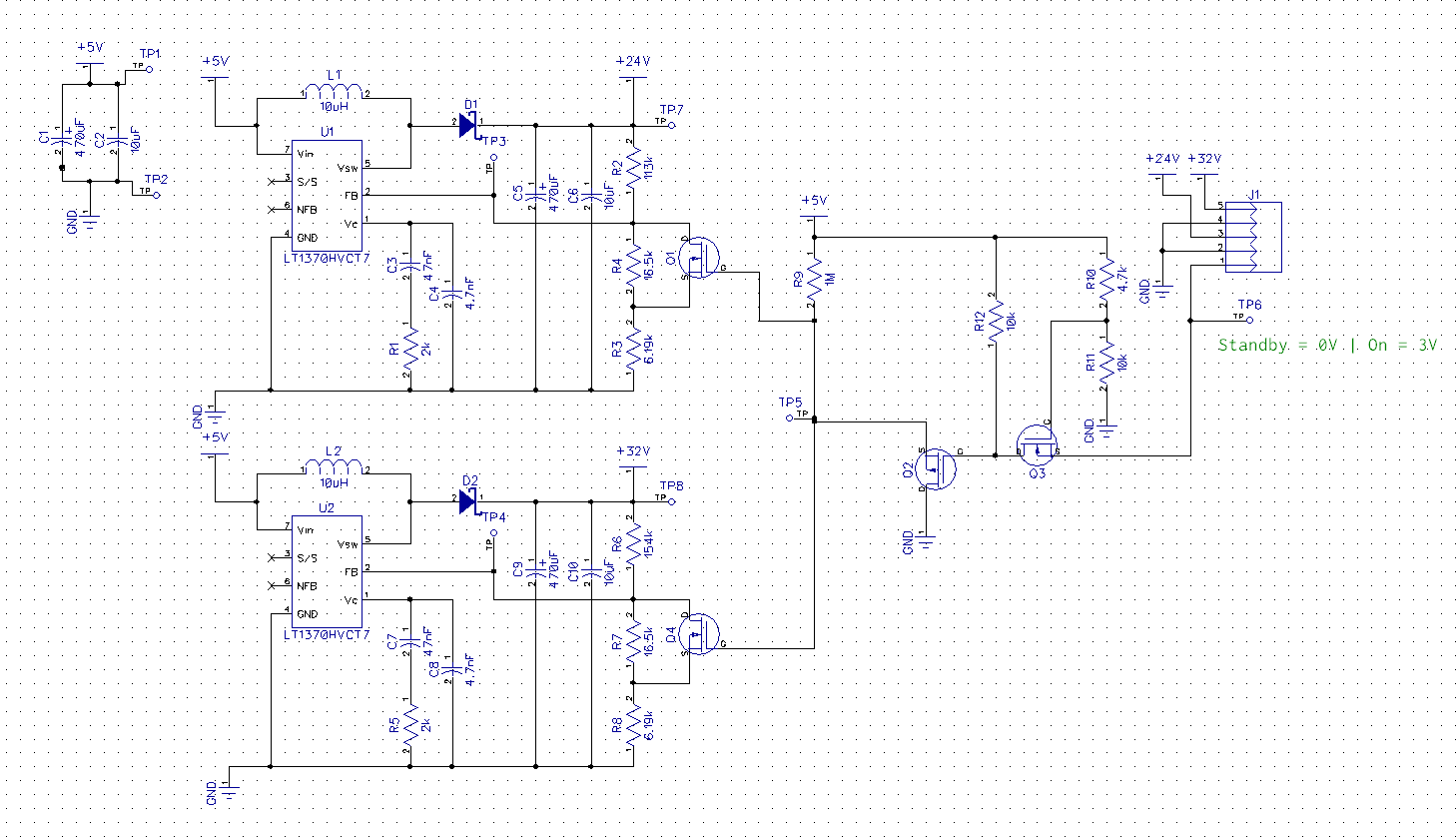 How is it looking now? 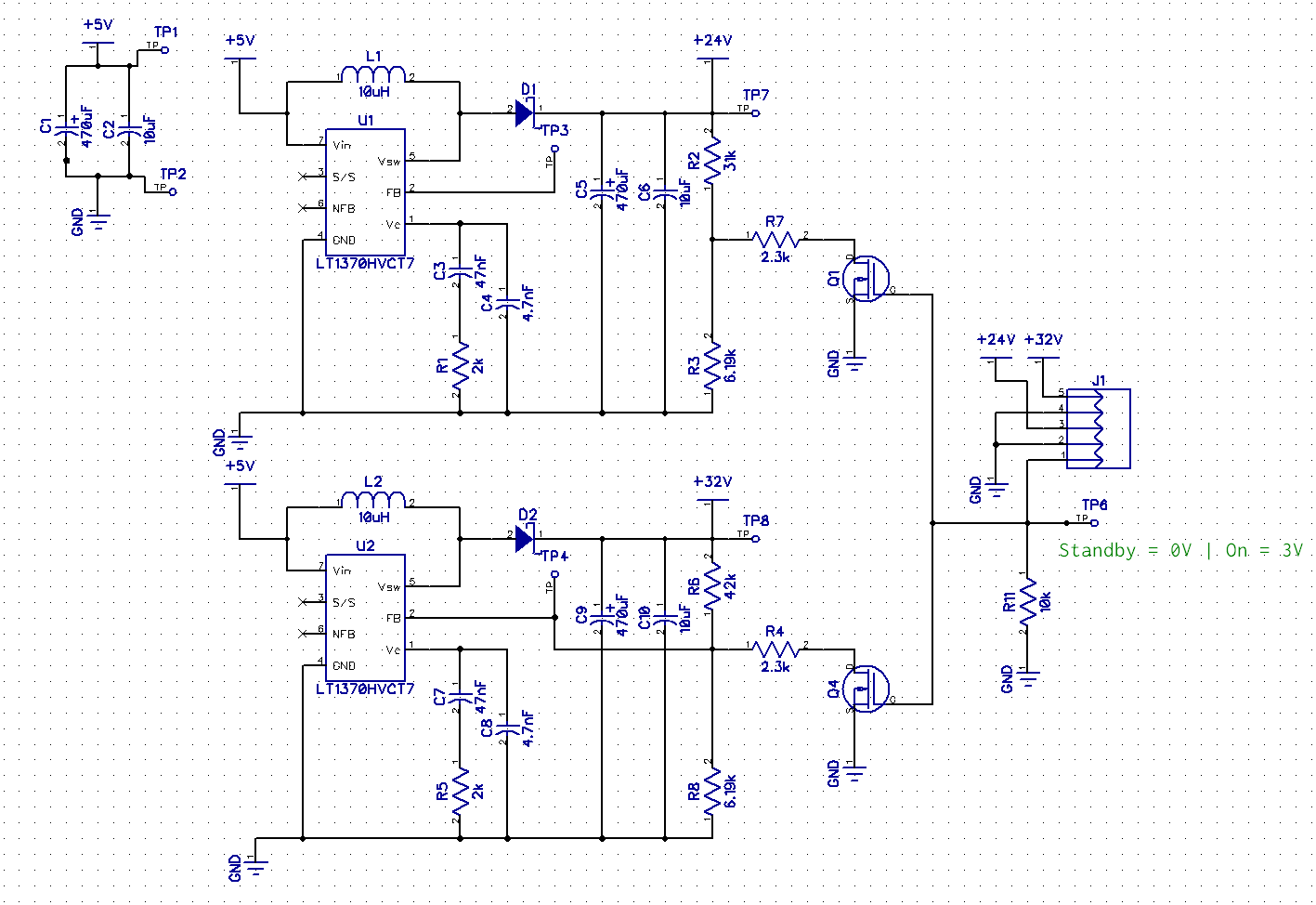 My recommendation is to place mosfets between ground and feedback pin (split R3/R7 into two series resistors, and use mosfet to short it)

"What, if anything, am I missing?"

Also, as already pointed out by theamk, Q1 and Q4 don't function as switches here, but as voltage followers. So, the voltage divider pull-up from them would be 12V-Vth. But that won't really matter until you change topologies.

Edit for change of Vin:

Using 5V for Vin will allow a boost to be used while in the lower voltage standby mode. But, the standby switch is very complicated, and doesn't work. If standby control voltage range is really just zero to 3 volts, there would be no need to level shift using Q3. Q2 doesn't switch, it voltage follows, so never really turns on, which means that Q1 and Q4 may never turn off. 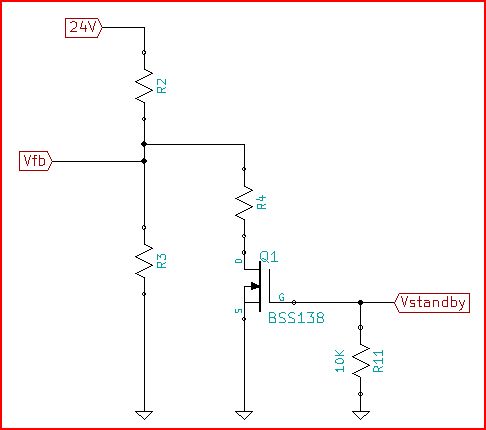 A similar arrangement could be used for the 32V output.

You will need to work out the divider ratios, but should be possible.

Not the answer you're looking for? Browse other questions tagged power-supply design switch-mode-power-supply schematics or ask your own question.