Where do these values come from? 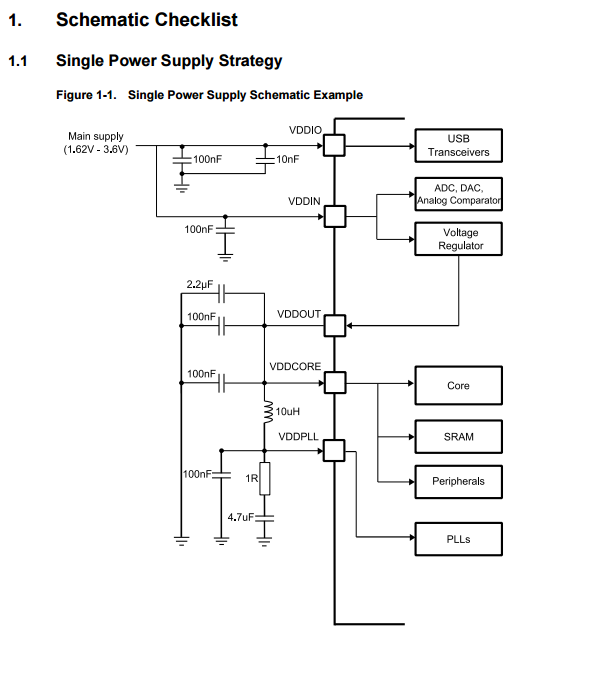 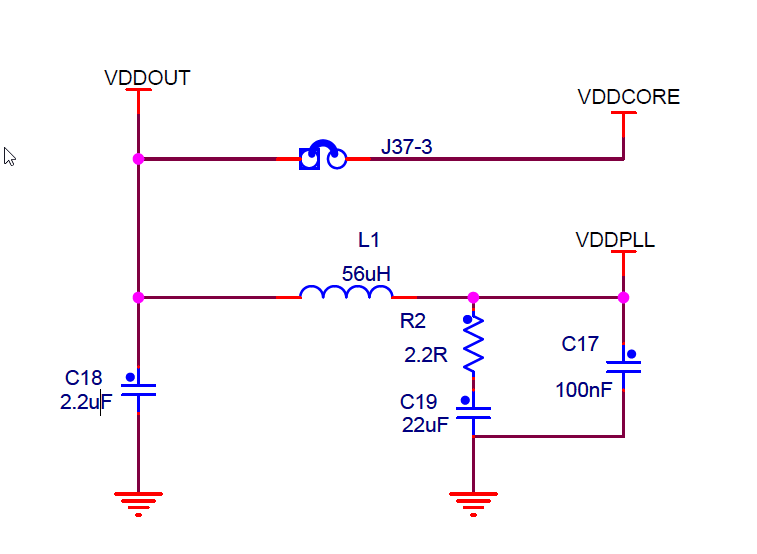 It would seem clear that checklist is a recommendation and the the developer board is a working example, but how does one select these values ?

The filtering is most likely intended to keep the VDDCORE noise out of the VDDPLL, to increase its accuracy.

As such the values are probably calculated for its likely-to-be-used core clock speed.

Usually in the Design Checklist they use values that are calculated and rounded to known values that offer slightly better filtering. Of course, it is up to you or any other designer to decide if you can do with less filtering (because your core speed is going to stay above a certain level, for example), or need more (because you will also use lower speeds or heavy I/O at lower speeds).

Generally Atmel's dev-board engineers try to err on the safe side, so I can imagine them just upping the filtering properties.

The series R on the large cap is a little smothering trick, whose value is generally dictated inside a reasonable window by the cap (and inductor)'s sizes, so it's no real wonder the R increases, although not exactly to the same factor.

If you want you can try to leave out the filtering, but you should expect some clock jitter here and there, whether that's a problem for you, is up to you. Although some of the hardware in the SAM might very much not like the jitter in a bad way, so if you're not sure what the parameters on that are for all the internals you will be activating, best to keep the filtering in.

Want to be safe? Take the dev-board values. Want a calculated good value at slightly lower component cost? The design guide will do you just fine in just about all cases I can vividly imagine.

Not the answer you're looking for? Browse other questions tagged design or ask your own question.

19
Industry Practices for Schematic Design?
50
How to go from a development board to a production board?
1
Off-board SPI communication issue with ADC128S052
24
How do you determine how much flash/RAM you need for a microcontroller?
1
How to setup PCB to correct for signal integrity issues after boards are made?
0
Can the LD1117V33 handle short peaks of up to 900mA?
2
Sensing the capacitance value of a material - for an ID system