I'm trying to mathematically model a Class E amplifier in the hopes of deriving a relationship between the input and output (Transfer Function).

One particular difficulty i'm facing is impedance matching the load to the rest of the circuit. The regular procedure would be to obtain the thevenin equivalent at the load, and the load impedance would simply be the complex conjugate of this. However in this circuit we have a switch with an inductor before it.

Therefore the thevenin equivalent would vary between the ON and OFF states of the switch.

How would you determine the thevenin equivalent, in the presence of a switching circuit?

I just need a starting point. How do you normally proceed in such cases? 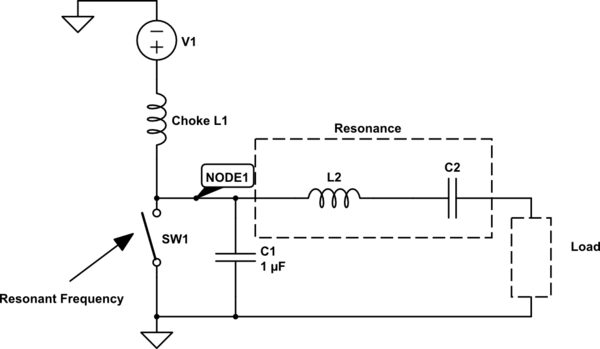 You would normally deal with this as a State Space Averaged Model.

By the State Space Averaging method you write the state space equations for i) switch open; ii) switch closed; and then average those with the duty ratio of the switch as weighting variable.

Then you can proceed to develop AC and DC models.

Not the answer you're looking for? Browse other questions tagged amplifier impedance class-e or ask your own question.