Regarding the forces created in magnetic field

This is a homework question of type multiple choices , question and 5 choices are given below.

And a screenshot of the set up is given below. 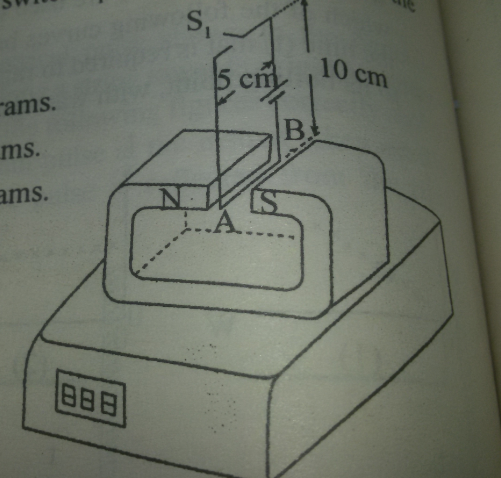 These are the things I know

I found the direction of force acting on AB as the perpendicular direction to which the magnetic field is directed, and I calculate the magnitude of it which is shown below

So these are the things that I found in this question. The correct answer fot this question is 2. But how it can be? Initially I choose the answer 5 which is incorrect.

why I am wrong here? what's going on this set-up to decrease it's weight?I can't figure out why my answer is wrong , so that's why I ask this question here in this great website.

Because of the orientation of the symbol of the battery... 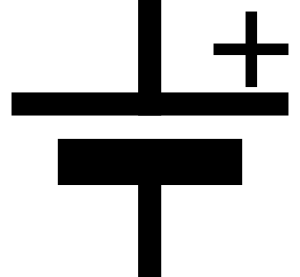 ..we can tell that the current is flowing from A to B... 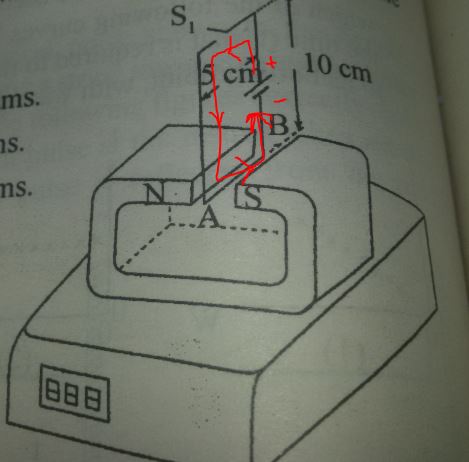 Using the right hand rule, this means that force on the wire is down...

If the force on the wire is down, the the corresponding force on the magnet must be up - counteracting gravity and lifting it and making it look lighter to the scale.

So that should explain why you ended up with the wrong sign.

The current in the wire is...

The force on the wire is...

While a scale measures force (newtons), it displays grams (units of mass). It makes the conversion by assuming that the scale is on earth and the mass is bring accelerated by gravity.

The acceleration of gravity is the gravitational constant, usually written as "g" and has a value of approximately 6.673×10−11 Newtons ( meters / kilograms)^2.

If you put a 1 gram weight on a scale and the display reads "1 gram", that means that there is a force pushing down on the top of the scale of...

(Because of the configuration of the experiment, this force would be up and therefore subtracted from the initial reading on the scale.)

The scale in the picture does not have a decimal point, so they probably expect you to round that 20.39 grams to 20 grams, but I think this is not a great answer since the scale could be different by 21 grams if the initial weight had been rounded down for display.

For example, if the magnet initially weighed 30.5 grams, the scale would round that up and show 31 grams on the display. If you then turned on the switch, the upward force created by the magnetic field would make the magnet seem to weigh 30.5-20.39 = 10.11. The scale would round the 10.11 down to 10. In this case, the reading of the electronic balance would have decreased by 31-10 = 21 grams, which is not one of the choices given.

You should ask for your money back! :)

The magnet is not fixed so will react to the force in the opposite direction, upwards.

The force due to gravity is approx 10 N so a reduction in 0.2 N will equate to 20g reduction.