Im having a peculiar problem with my circuit, your help is very appreciated :)

Here is my schematic.... 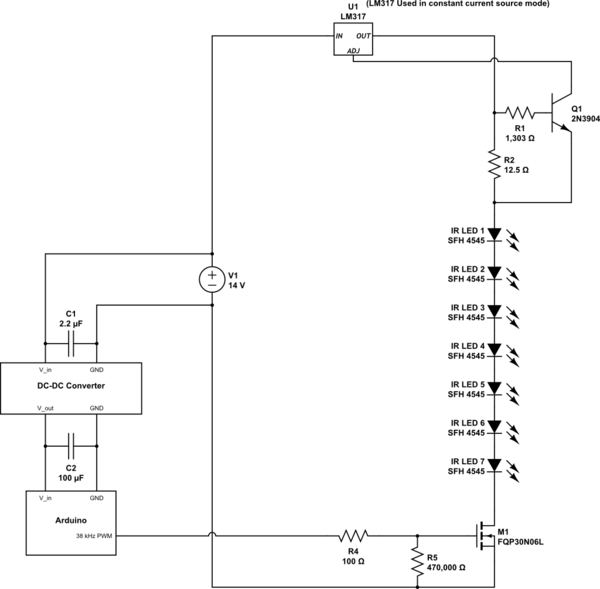 The current flowing through the LEDs is not steady. It starts fine then exponentially drops and levels-off. For example I connected my multimeter between one string of 7 LEDs and the MOSFET. The multimeter starts reading around 27 mA and exponentially decreases to 17 mA where it seems to stable off.

Sometimes when I place my hand the circuit (without touching the circuit) the current significantly changes from a few milli-Amps to 10, 20, 30 mA change. When I remove my hand it returns to normal.

I think the problem lies with the MOSFET. I checked the output of the LM317 and that remains stable at 100 mA. Do you happen to know why the circuit is performing this way and how to remedy it?

This is how I connected the multimeter to verify the LM317's output.... 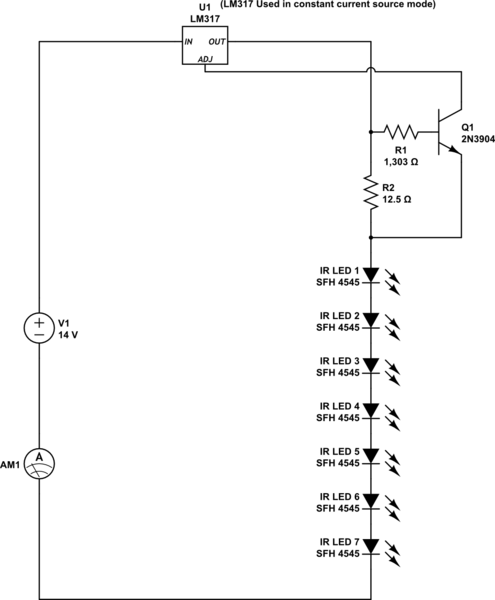 The small green module is the power supply. The TO-220 next to the Arduino with the two terminals and the diode is not used in the circuit. It is disconnected. 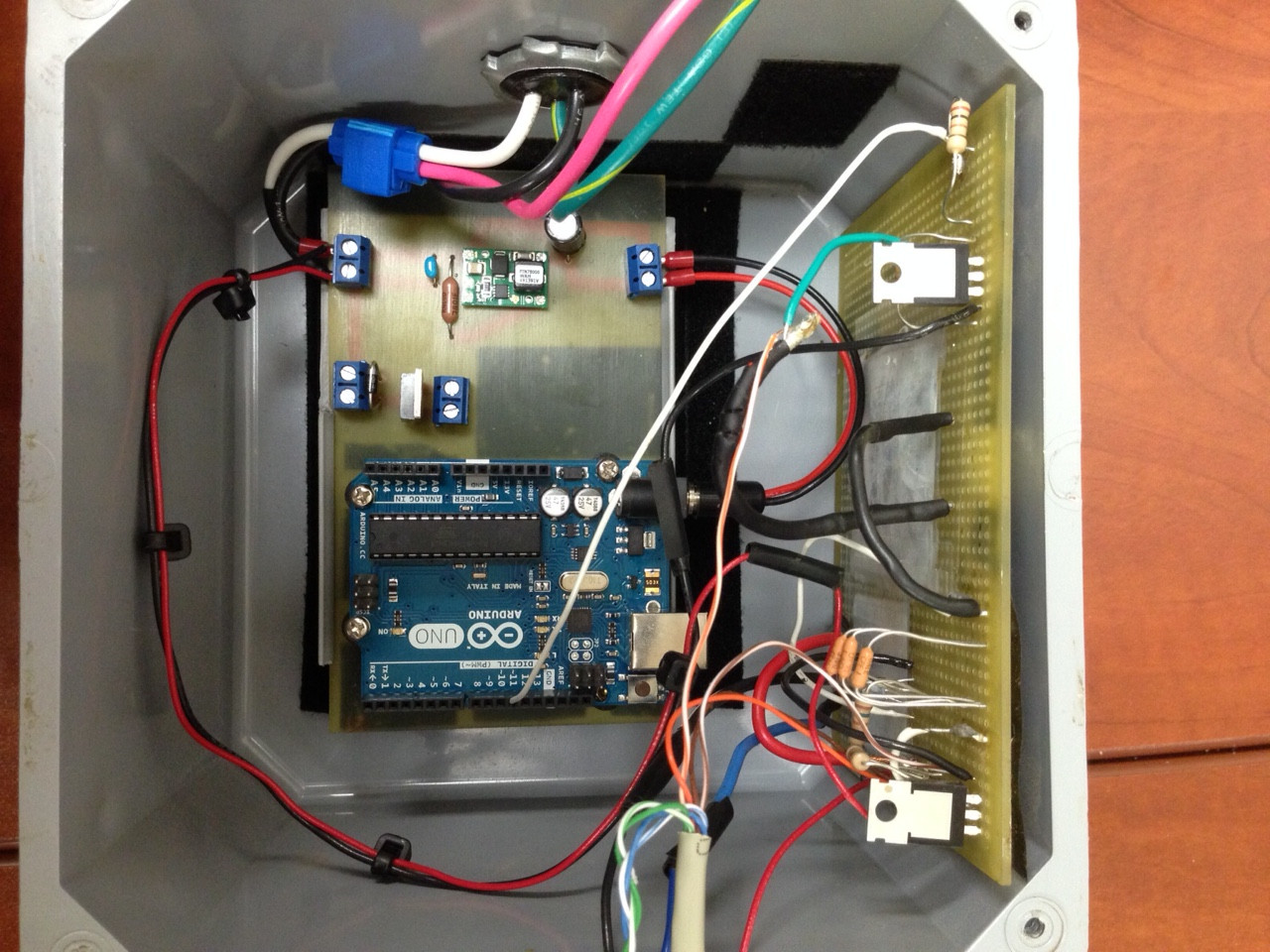 The white wire connected from the Arduino is connected to the gate of the MOSFET. It is pulsed at 38 kHz.

You may also notice the CAT5e cable (ethernet cable) on the upper right. I will be using it to connect a second string of 7 LEDs. As of right now the wires of the ethernet cable are only soldered on but not connected to any circuit. 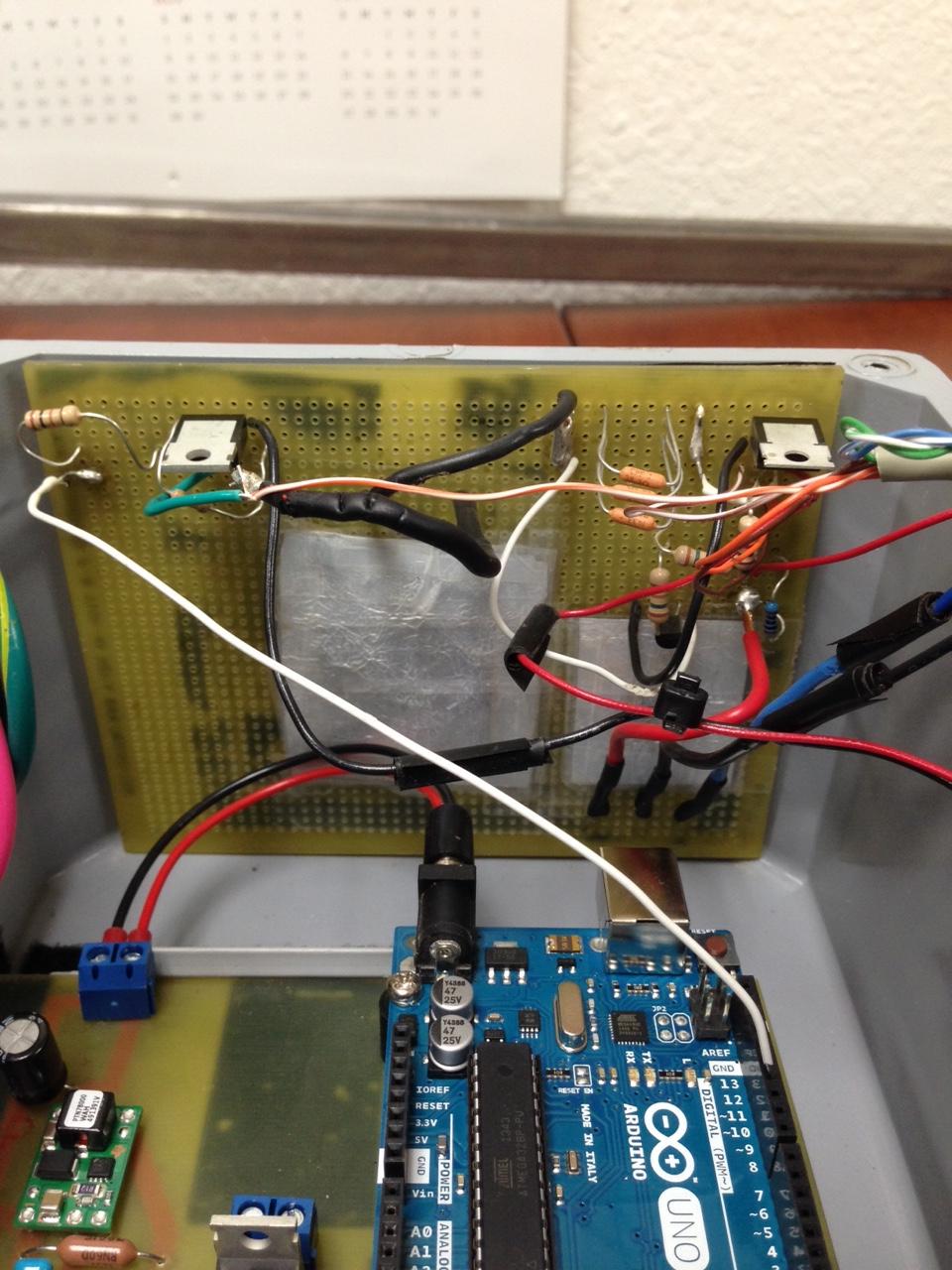 The larger square of aluminum foil covers the infrared LEDs. The foil is completely covered with clear tape. I use it to prevent the infrared receiver from receiving unwanted signals from with-in the the circuit housing.

The smaller square of aluminum foil covers the rear of the infrared receiver and is also completely covered with clear tape.

The three wires (red, black, blue) are for the infrared receiver. They are completely disconnected from the circuit during testing. 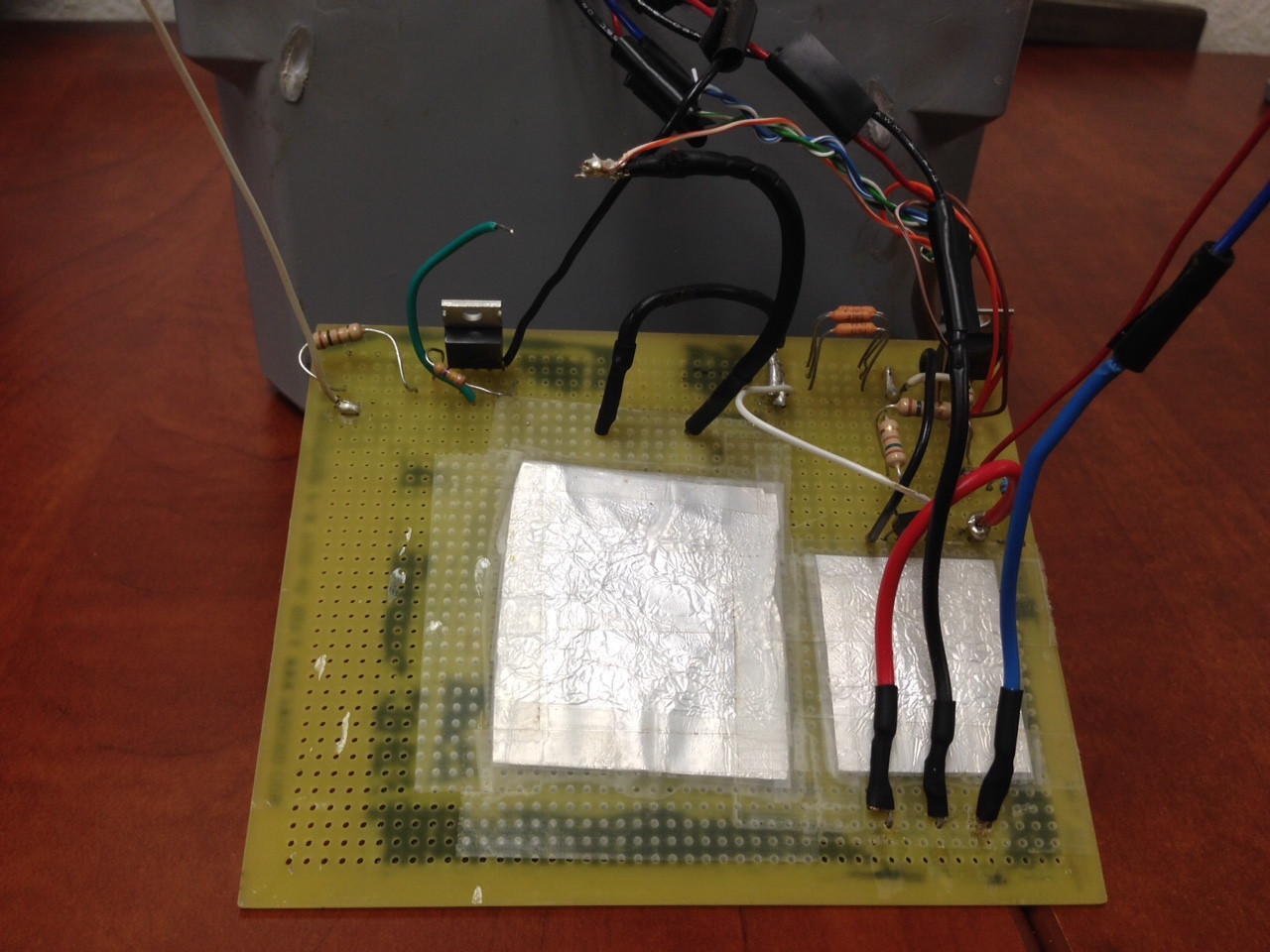 On the left is the infrared receiver. On the right is the string of 7 infrared LEDs 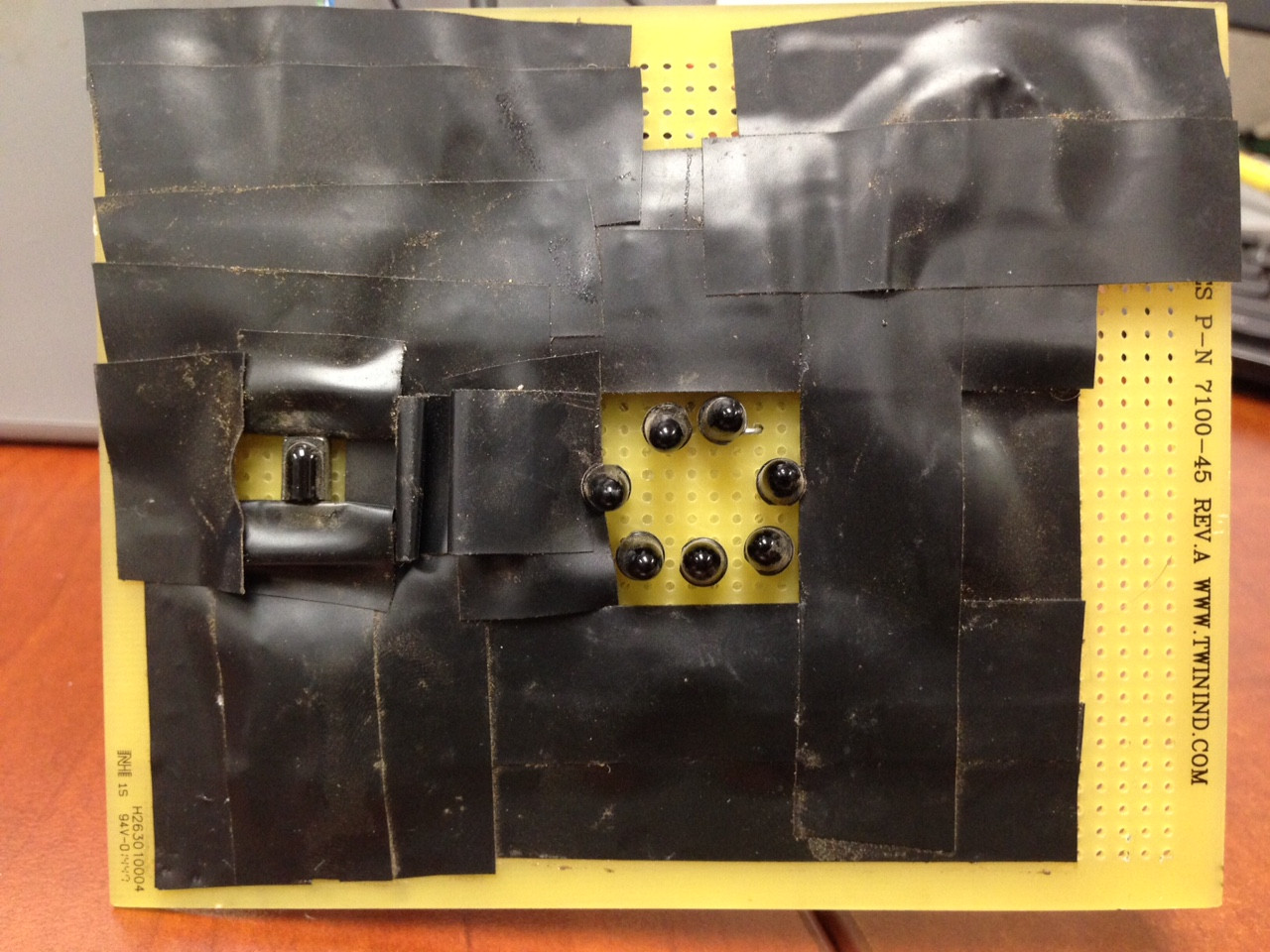 1.) Your battery is shorted.

2.) The input to your Arduino supply doesn't have the battery across it.

3.) You should be switching the input of the LM317 and current-limiting its output using the voltage dropped across an output resistance to ground.

Thanks for cleaning up your schematic.

A new problem which comes to mind is that even if the circuit itself wasn't flawed, I don't think the LM317 is quick enough to give you a faithful 7.1 microsecond pulse every 26.3 microseconds, which is what a 27% duty cycle signal will look like at 38kHz.

Not only that, your circuit isn't a current regulator it's more like a HMMM....

The trick to getting the LM317 to regulate current is to wire it like this: 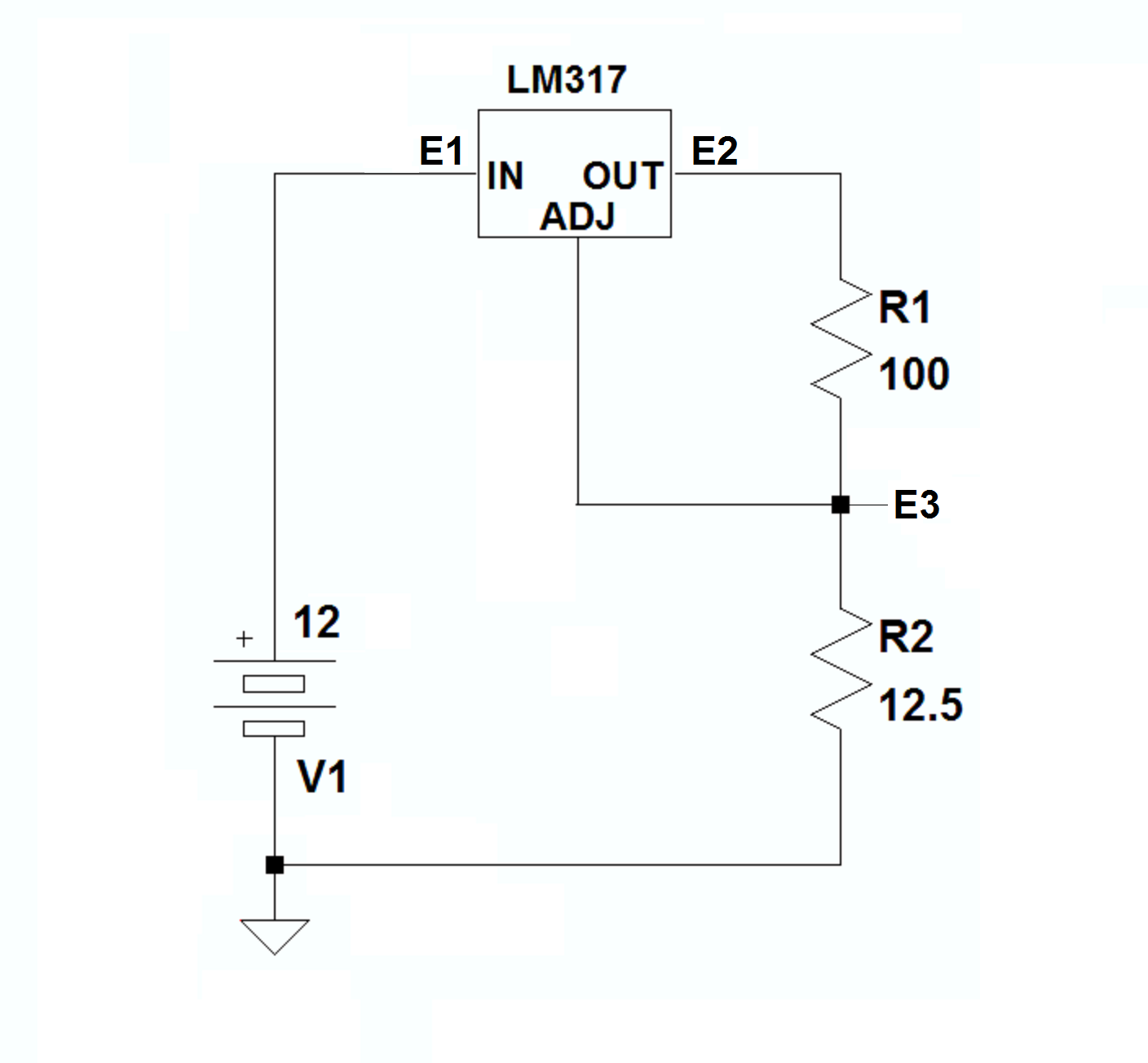 where with the current desired through R1 (your LED array) and R2, the drop across R2 will equal 1.25 volts, which is what holds the output at whatever voltage it needs to be to push 100mA (in this case) through the load and the sense resistor. 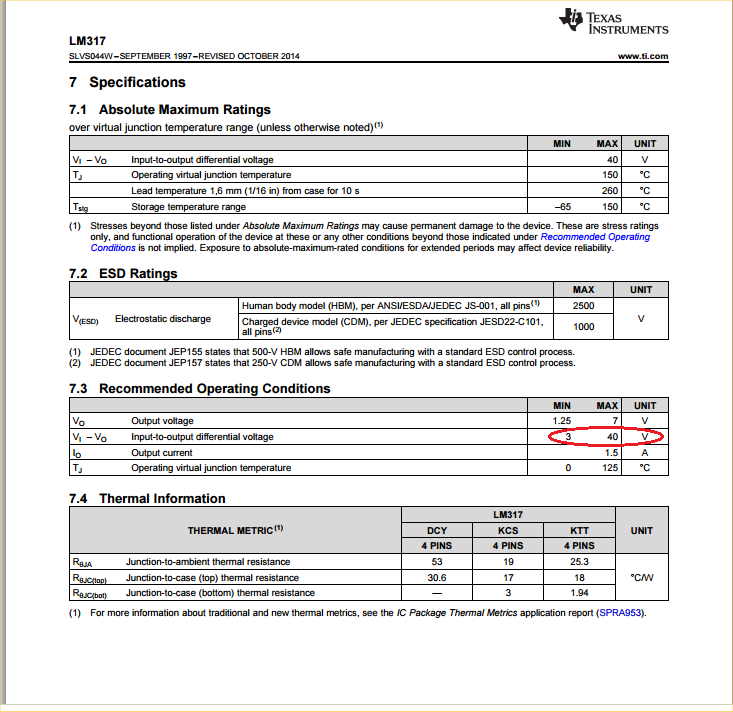 It becomes apparent that you need at least 3 volts of headroom for the LM317, so your supply voltage must be at least 14.75 volts.

With that in mind, and considering that the LM317 might not be able to switch at the rate you need, it seems to me that a much more sensible arrangement would be a vanilla LED pulser using a single MOSFET, where each of the 100 ohm resistors is the equivalent of a string of 7 IRLEDs in series, and the 20 ohm resistors are their current-limiting ballasts, like this: 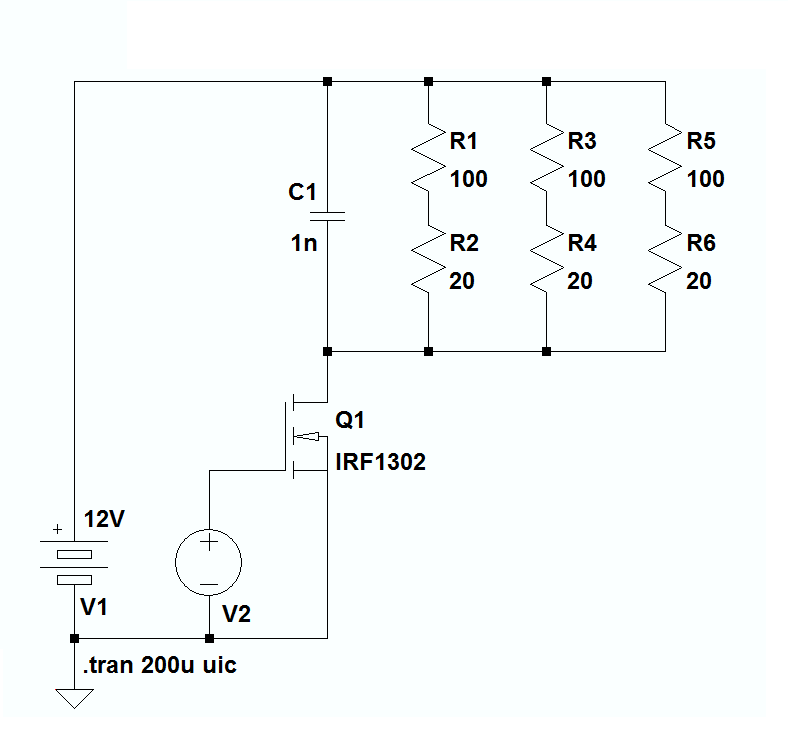 Finally, here's the LTspice file you'll need to run the simulation of the pulser and play with the circuit if you want to.

I can't help but think that at least part of your problem is the circuit layout, which could easily be causing the oscillation you seem to be experiencing. You should watch your lead dress and place the components on the board with at least some care.

Here's an example of 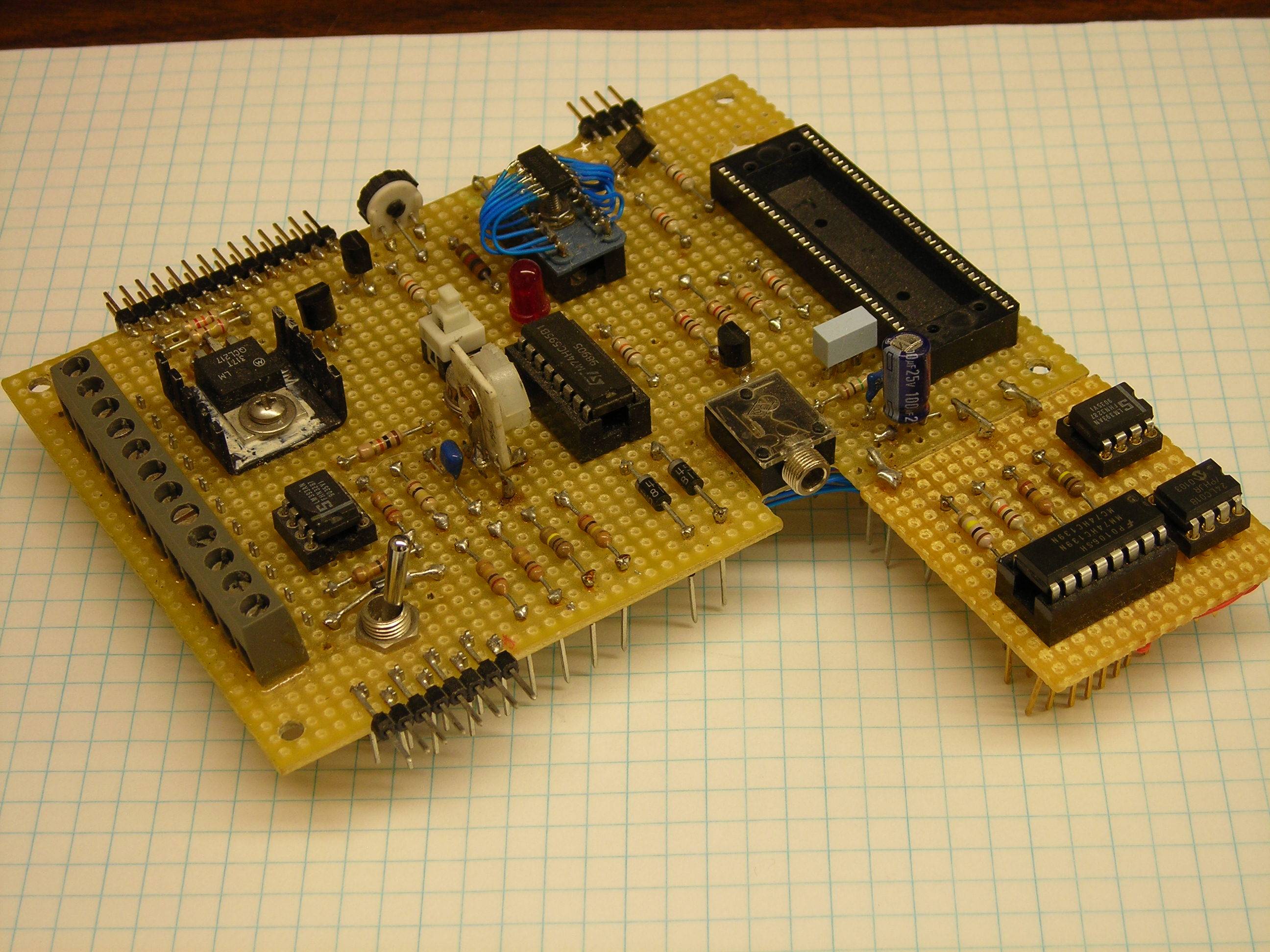 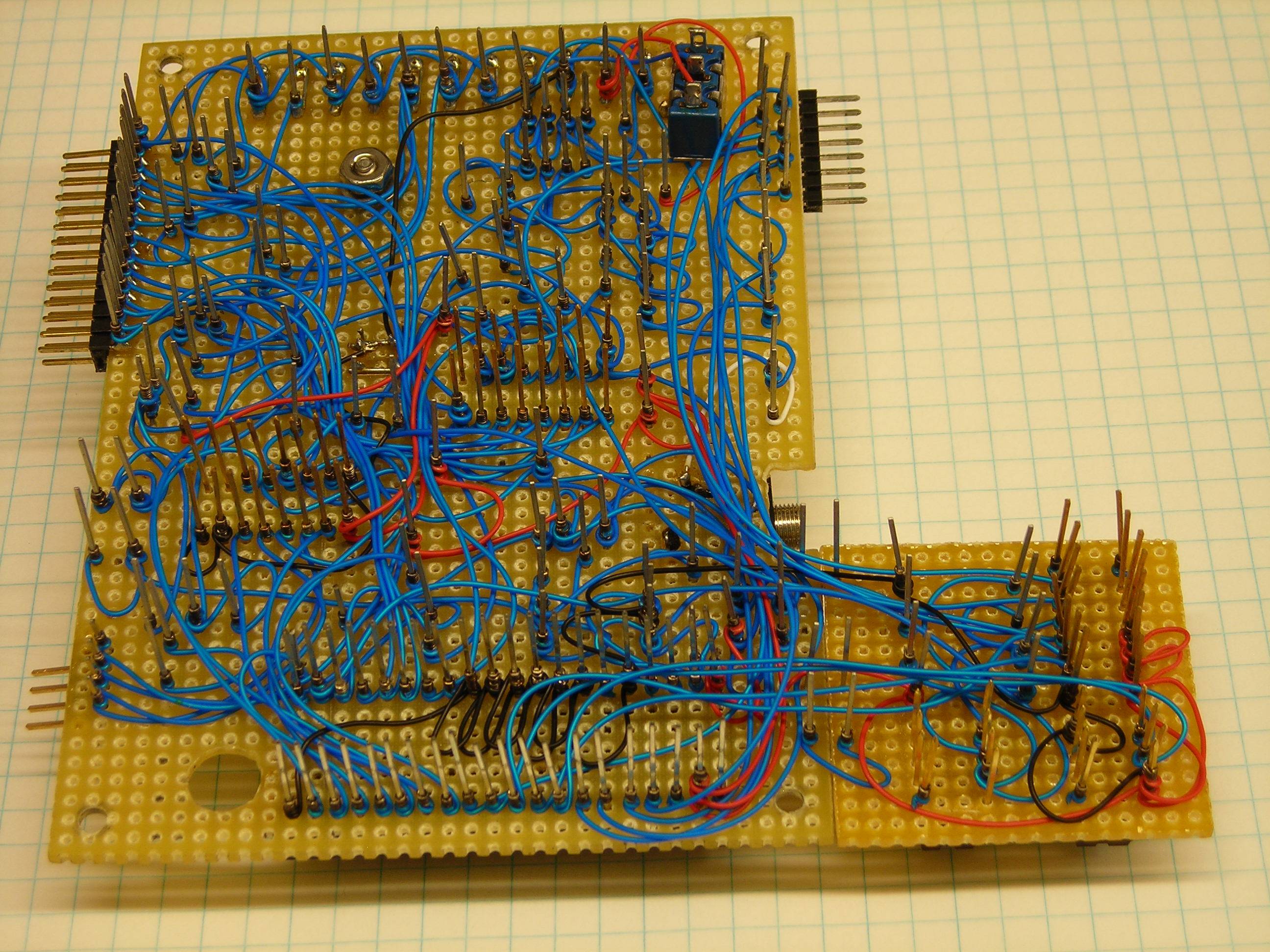 an old, nicely laid-out wire-wrapped prototype which gave us no trouble at all during testing. Notice that all of the components are securely anchored close to the board, and that the wire-wrapping is roughly equivalent to PCB traces.

Not as stable, but not bad.

This is something that removes a vast majority of 'unexplained' phenomena, like your hand messing with your stuff.

They aren't going to do anything. It's a voltage regulator. With a single reference voltage, it will keep things constant across all of your loads. I see that you want to make sure you don't get a situation like, "I need to have 5V on this one, and the LEDs will drop voltage, so I need to make sure I have 6V for the next one, and 7V for the one after".

Doesn't work like that, though. Again, voltage regulator. You want to put 5V across ten fusion reactors and a space shuttle? Your voltage regulator is going to do everything it can in order to do it, including immediately destroying itself.

Since it's just LEDs, just make sure you meet the current capacity of all three of your LED-strips and you're fine. I'm going to assume you will, so just remember to limit it with a \$ P = I*I*R \$ wattage resistor for each row, and you'll be fine.

Either you turn it fully on and deal with the 'safe-operating area' voltage/current heat dissipation, or you change the layout of your circuit so you aren't continuously connecting and disconnecting the regulator. Even a capacitor in series with the output of the regulator would help, as long as you make sure it has somewhere to dump charge during the off phase, and you make sure it dumps the charge fully. (RC bootstrap circuit)

Right now you regulator sees, 'oh shit, a load of R, I better start ramping up my V until I hit V with respect to Vadj for A' and then 4-500ns~ later it's like, 'where did that R go', and starts to ramp down again.

Not the answer you're looking for? Browse other questions tagged mosfet pulse switching parasitic-capacitance or ask your own question.