I have a circuit board from a Stratasys UPrint SE filament cartridge, and I'm trying to talk to the EEPROM on it. This board is unlike other Stratasys boards that I've seen people hacking with, and after a day or two of failed attempts to communicate with it, I'm wondering if I'm even using the correct protocol to interface with the memory chip. 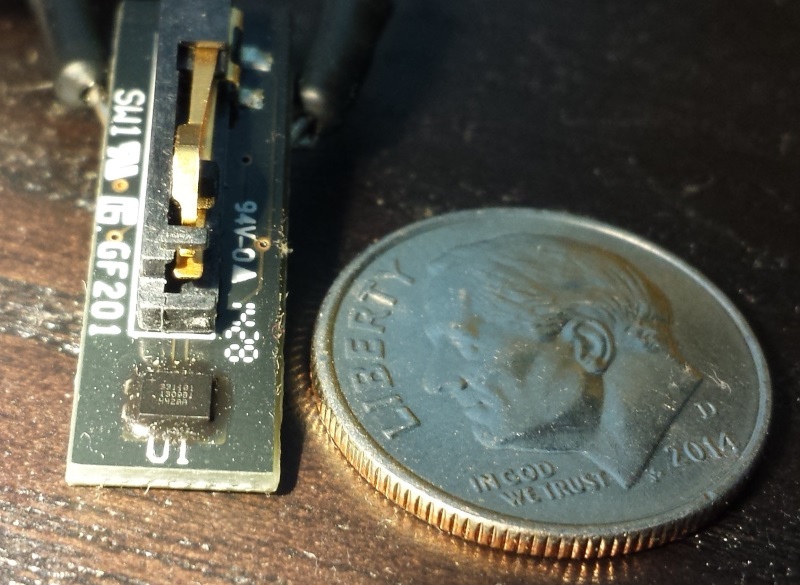 I suspect that it's some sort of 1-wire EEPROM, but beyond that there is very little that I know for sure. 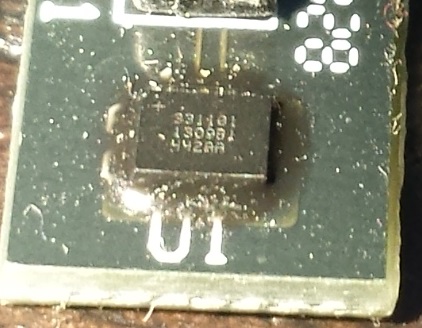 The top of the chip appears to have the markings:

I've Googled all around and can't seem to decipher what these numbers mean. I've checked two different chips, and they both have the same exact alphanumeric sequence, so it's not a serial number.

The main thing I want to know is -- what particular sort of 1-wire communication protocol do I need to use to talk to this thing? I've been attempting to use the Raspberry Pi's DS2433 library, but that doesn't seem to recognize this chip.

Edit: Finally was able to initiate communication with the chip via a Raspberry Pi's 1-wire interface. However, the chip is showing up under family "b3" -- which is very odd, considering that I can't find reference to any sort of "b3" family in any of the w1 family specifications.

I wonder if this is perhaps a custom chip of some sort that Stratasys created in an attempt to discourage hackers from accessing the chip? I'm very puzzled by 0xb3 as the family ID for this device.

I just found a project on github, that uses an arduino to read and write the EEPROM of Stratasys Cartidges. Theres a UI to set whatever values you want to the EEPROM: https://github.com/slaytonrnd/CartridgeWriter

Not the answer you're looking for? Browse other questions tagged identification eeprom or ask your own question.