converting nand to nor (boolean expression)

I can make the expression using nand gates but how can I rewrite as products of sum because of making with nor gates. $$F=S'X+SY$$

I try to take not of not but I can't.

How can I make the circuit just using nor gates. 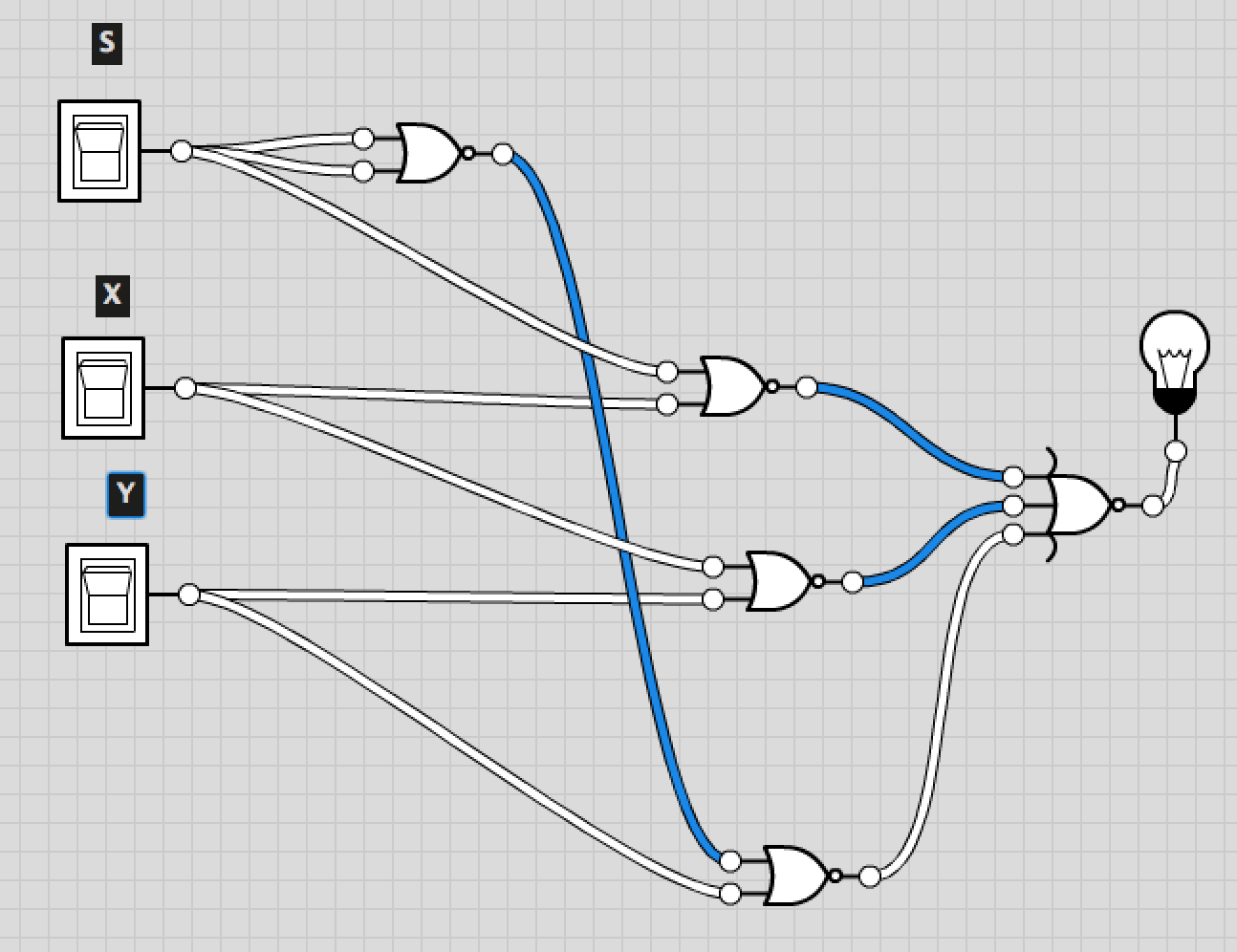 Demorgan Law can be applied in following steps :