I bought some chinese COB 100W Led lamps from Ebay and I was wondering what would be the most efficient way to power them.

Idea 2: Buy some chinese current regulated "Led drivers" => Are they efficient, can someone make recommendations ?

Idea 3: Use AtMega (Arduino) chip in combination with transistors to PWM regulate the power. Do I still need a limiting resistor if using PWM ?

Question 1: Is there a way to power them using AC ?

Other ideas anyone ? (Don't need any dimming functions, on a budget)

You are going to want to make a current driven set-up.

As high power LEDs get hot and/or age they will change their characteristics. You are going to want to account for that and the easiest way is driving a 4.2A (or, advisably 4A with brand Unknown eBay type) and let the voltage be what it is.

The cheap Chinese drivers usually drive a current about 10% below the normal advised LED current for that type and dimension. The best driver I have seen (German built) was 97% efficient given a narrow input voltage band and exactly the specified LED. My own measurements of cheaper models come between 70% worst case and 91% best case. This differs from type to type and greatly with input voltage.

Many cheap modules also have an input pin somewhere on the main chip that allows 0-2V or PWM (3.3V or 5V) dimming, if you know what to look for. In case you want to add that later.

I have not had the need to import and/or use 100W 24V COB drivers yet, so no specifics on that exact type.

If you use an Atmel to drive it with PWM, again make sure you use a current measurement for your feedback parameter.

As for driving them with AC, there are undoubtedly modules that do exactly that, but I don't know any specifics.

If you build something yourself for 4 lamps, that are well protected from touching and moisture (this includes the LED's metal base plates and such) you could potentially regulate the current with an Arduino through 4 lamps in series with a voltage taken directly from a rectified AC.

This, however is risky and requires a lot of careful experimentation and testing with a low voltage, low current power source to avoid damage (48V, 3A and one LED PWM'ed, for example, no risk of death and if you accidentally short the PWM transistor the supply will limit to 3A, leaving your lamp in tact).

And officially you need to perform power factor correction, but if it's for hobby / one-off there's worse devices in the world that used to be mass produced, so don't worry too much.

If you are working with just the LEDs, keep a VERY close eye on temperatures as well, they need a lot of help getting rid of heat and just the LED's back surface will absolutely not be enough for more than a watt or 2.

I think i'm going to use the following constant current power supply. http://www.mouser.be/ProductDetail/Mean-Well/HLG-600H-24A/?qs=5pLaOnqdcwPABO8%2FOIJ6Og%3D%3D

Is going to be used as a work light. (Cool white)

I attached each led to a 100w heatsink (Overkill), But cheap => CPU coolers. The casing is made of 10mm Lexan. 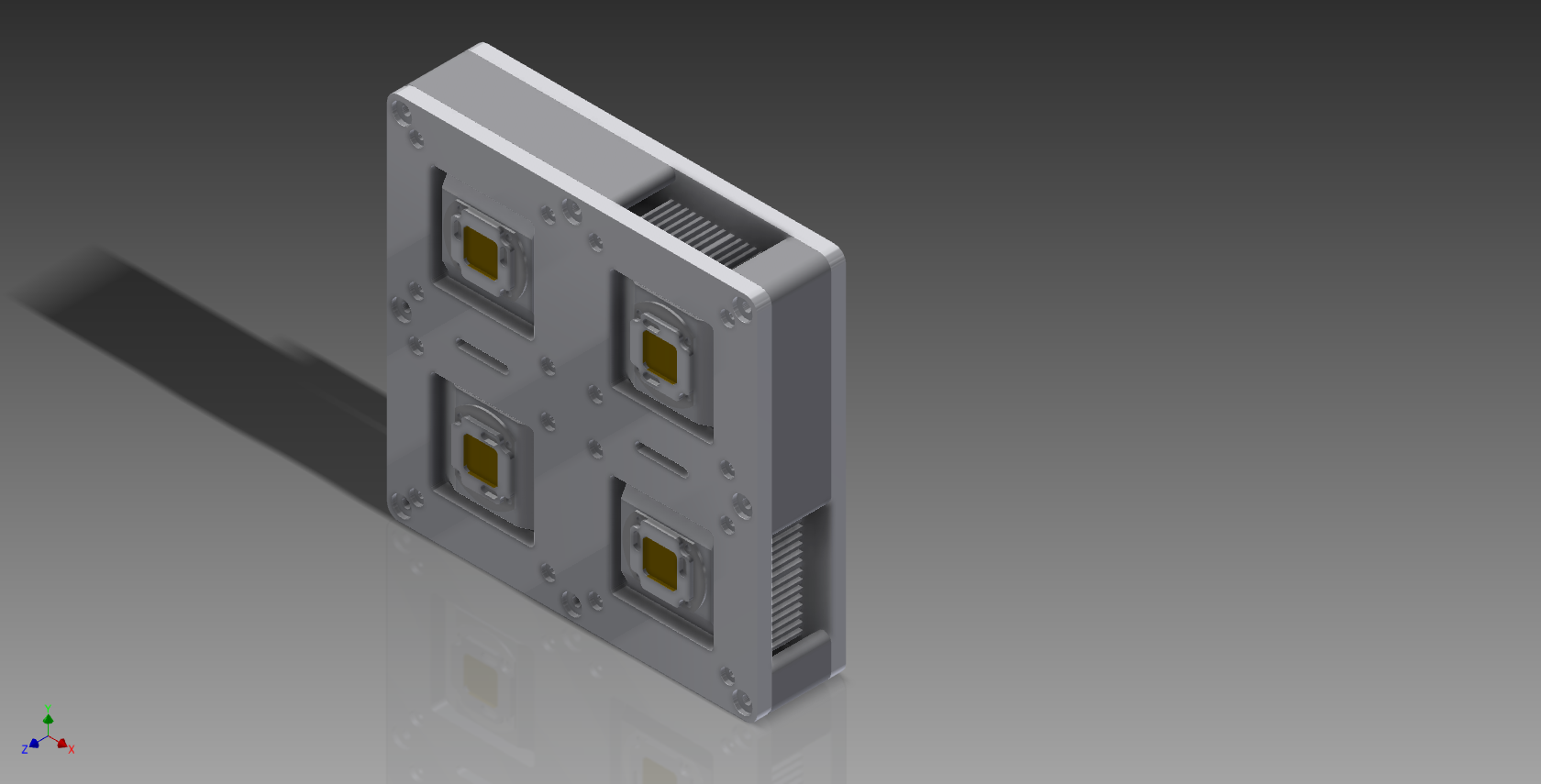 Not the answer you're looking for? Browse other questions tagged arduino power-supply led power driver or ask your own question.