Transmission of a digital signal over a medium

Please correct me if I am wrong in my understanding.

Theoretically a square wave has infinite bandwidth but it still looks reasonably square even if the bandwidth is severely compromised. A square wave is "made from" a series of ever-increasing harmonics. See the picture below to get an understanding: - 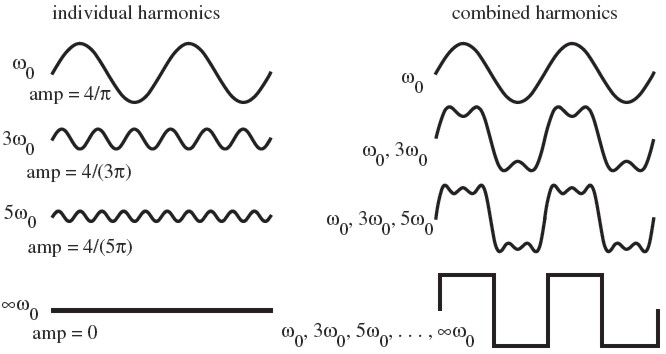 On the right is a sinewave then as you look down you'll see that it grows into a square wave. If all we had was the sine wave and the third harmonic we would be able to "decode" this adequately.

This means we can send fairly pure digital data (very good looking waveforms with fast rise and fall times) over a very limited-bandwidth channel and decode them successfully. I had to put this pretty moving picture in: -

It shows the gradual evolution of a square wave from a sine wave and along with the spectrum.

It's also worth pointing out that data is hardly ever a perfect square wave; more likely it is a quickly changing pulse waveform so, I'm also showing below the spectrum shape for a generalized pulse: - 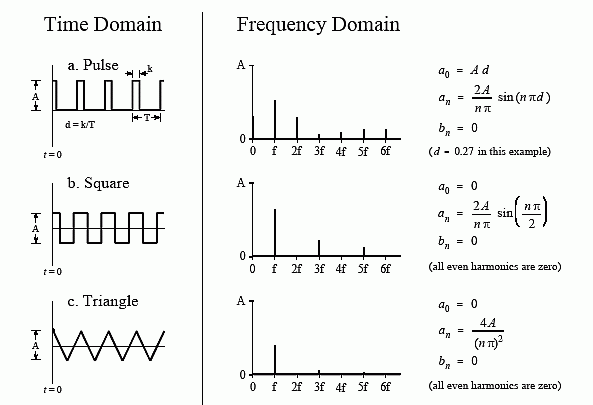 For non 50:50 waveforms (i.e. non-square) both odd and even harmonics are generated. I've also shown the triangle spectrum - it is of considerable interest when the digital data is slew rate limited in order to restrict the bandwidth. Compare the spectral content between this and the square wave directly above. Picture taken from here

As in the image below, you have the fundamental frequency, and as you add more and more odd harmonics, the signal begins to take the shape of an ideal digital waveform. 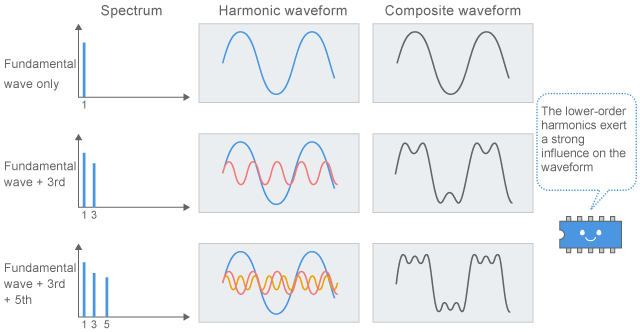 Now you mention that a medium cannot have infinite bandwidth. Which means, not all frequencies can pass through.

For simplicity, and because of the image, consider a medium whose bandwidth is 3f, where f is the fundamental frequency.

This means that anything above 3f essentially does not go through. So what will your signal look like if you send a digital signal whose fundamental frequency is f ?

You'll get the second plot in the image because all other odd harmonics are gone or heavily attenuated.

A digital signal can exist because you don't need infinite frequencies. You just need "enough". What is enough ? It depends on what type of data rate you are trying to achieve. If you want "fast", then you want more frequencies to pass through, so that you have a sharper edge and you don't get or minimize inter symbol interference.

Just to point out something implicit in the excellent answers by @efox29 and @AndyAka.

When you say that a digital signal has infinite bandwidth you mean strict bandwidth, i.e. the range of frequencies where the spectrum is nonzero. This concept is useful and practical mostly in theoretical terms.

In practice communication engineering deals mostly with conventional bandwidth (more than one definition!). Probably the most common definition of conventional bandwidth is the -3dB bandwidth commonly used in electronics. It is a somewhat arbitrary definition, which stems from the fact that at -3dB frequencies the power spectrum of the signal has decreased by half (a simple number) and has simple relationships with simple filters parameters.

Nothing stops you from defining a -1dB bandwidth or a 1% bandwidth. All these definitions have something in common: the bandwidth is defined (directly or indirectly) as the range of frequencies where "most of the power" of the signal resides, for a specific definition of "most".

Is this a problem? After all, if we neglect some frequencies we discard some components of the signal and it will be distorted. That's true, but the distortion due to neglecting a marginal amount of signal power at the spectrum boundaries turns out to be reasonably small and often negligible.

As an aside, this is just what lossy compression algorithms do. For example the algorithm to compress MP3 files analyzes the spectrum of the original uncompressed signal and finds components which can be discarded without affecting the perceived sound too much, then it discards them and thus it achieves better compression ratios in the subsequent compression stage. When played back, the signal is not a replica of the original, but usually you don't notice relevant differences.

What do we get in return for this "approximation"? The fact that we can physically realize the filters and the systems that can handle such signals. If we were to follow the theory, we couldn't make a system to process any signal with infinite bandwidth, since no system really has infinite bandwidth!

Engineering is all about the right approximation at the right moment and right place!

Perfect square pulse (for example 1 between 0) has infinit bandwidth. Who needs perfect square pulse? In digital communication we usually sample limited number of points, so even a sine wave may be read as ones and zeros.

Digital signals do not really require infinite bandwidth. The most basic digital signal would be a square wave, representing the bit sequence 010101.... in a standard RZ format. Theoretically, infinitely fast edges in this waveform would require infinite bandwidth. However, if you only consider the fundamental frequency, you get a sine wave that looks a lot like the original waveform. In fact, you can generally get away with transmitting a digital signal with a bandwidth of around half of the bit rate and still recover all of the bits at the other end. For example, 10 gigabit Ethernet only requires around 5 GHz of bandwidth. This only applies to baseband digital signalling, though. It is possible to get better spectral efficiency with higher-order digital modulation of some carrier wave.

Not the answer you're looking for? Browse other questions tagged modulation digital-communications bandwidth or ask your own question.

32
What exactly are harmonics and how do they "appear"?
1
Formula/mathematical expression for PWM

6
Why do all digital signals have infinite bandwidth?
5
RF Bandwidth vs Data Rate (modulation)
2
Signal rate, data rate and bandwidth in digital signals
3
Why is "throughput" called "bandwidth"?
0
Bandwidth-Data rate relationship
0
In a shared wireless channel, what are the factors that impact channel gain for each user?
0
What is "average recieved signal power over bandwidth"?
2
Why does a channel need to have bandwidth requirement for digital data transmission?
1
Definition of signal bandwidth