I purchased several LEDs that don't have a data-sheet with their specifications - so as an exercise I would like to write that information down. (I'm learning)

Most answers I see start by connecting the LED in series to a resistor, but I want to make sure the resistor is right before connecting it.

I agree with some of the others here... you're trying too hard.

As others have mentioned, the forward drop of an LED varies with its bias current, but for almost every application a hobbyist will get in to this isn't something you have to spend a great deal of time worrying about.

Almost every handheld multimeter has a diode setting. It will tell you the forward voltage of a diode at the meter's testing bias level (usually a few mA). This will put you in the right ballpark very quickly. 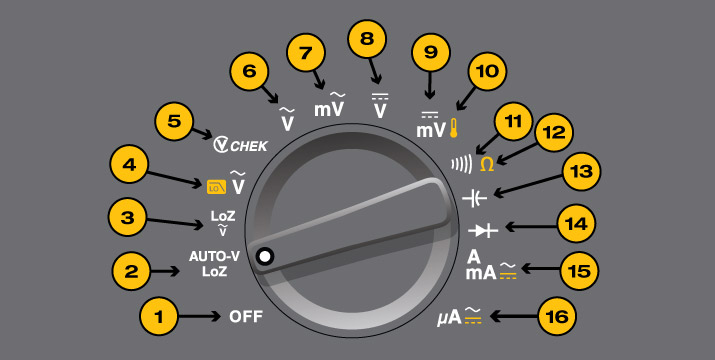 Now that you have the LED's forward voltage drop you can figure out how much voltage everything else in the "chain" will need to drop. For very simple circuits it may just be a limiting resistor. For more complex circuits it may be a bipolar or field-effect transistor, or maybe even something more esoteric. Either way: The voltage through a series circuit will be distributed through all the elements in the circuit. Let's assume a very simple circuit with a red LED, a resistor and the supply.

If you connect your LED to your 5V supply with a 380 ohm resistor in series, you will find the LED glowing brightly as you intended. Now can your resistor handle the power dissipation? Let's see:

38mW is well within the dissipation spec for any 1/4 or 1/8W resistor. Generally speaking, you want to stay well under the power rating for a device unless you know what you're doing. It's important to realize that a resistor that is rated for 1/4W will not necessarily be cool to the touch when dissipating 1/4W!

What if you wanted to drive that same LED with a 24V supply? Ohm's law to the rescue again:

And a power check (using an alternate power equation just to change things up):

Now you'll notice that by driving the applied voltage up we have driven the voltage across the resistor up, and that in turn causes the total power dissipated by the resistor to go up considerably. While 217mW is technically under the 250mW a quarter-Watt resistor can handle, it will get HOT. I'd suggest moving to a 1/2W resistor. (My rule of thumb for resistors is to keep their dissipation to under half their rating unless you're actively cooling them or have specific needs laid out in the specification).

If you have a power supply with adjustable current limit (like this one), then it becomes very easy.

The power supply is limiting the current through the LED to the dialed-in limit. The voltage display will show you what voltage is required to push that much current. That's your forward voltage!

Most common LEDs can handle at least 20 mA, so if you select a resistor value that will pass 20 mA when connected directly across your power supply, a LED will not be damaged when connected in series with that resistor. Then just measure the voltage across the LED to get the LED's forward voltage. The LED voltage will vary slightly with current, but the current you eventually choose to use is not at all critical.

I generally assume that common red, yellow and green LEDs are about 2 volts, and I aim for about 10 mA current (although I recently had some extremely efficient green LEDs where I had to reduce the current to under 1 mA to get the desired brightness (dimness?)). No real need to get extremely scientific about it!

To expand on Peter Bennett's answer: take your LED, add a 1k resistor, and apply 12 volts (making sure to get the polarity right). Now measure the voltage across the LED. This will give you Vf at about 10 mA. If you want to know Vf at 20 mA, us a 500 ohm resistor. If you want to know Vf at 1 mA, use a 10k. None of these numbers is super precise, but knowing Vf precisely is not a generally useful idea. At the very least, Vf will vary with temperature, so obsessing about it won't get you anywhere.

If you look at a proper data sheet you'll see Vf(min), Vf, and Vf(max) specified for a particular current, and what that means is that if you force the specified current through the LED, you can expect Vf to fall anywhere between Vf(min) and Vf(max), With Vf being the typical value.

So, the answer to your question is: 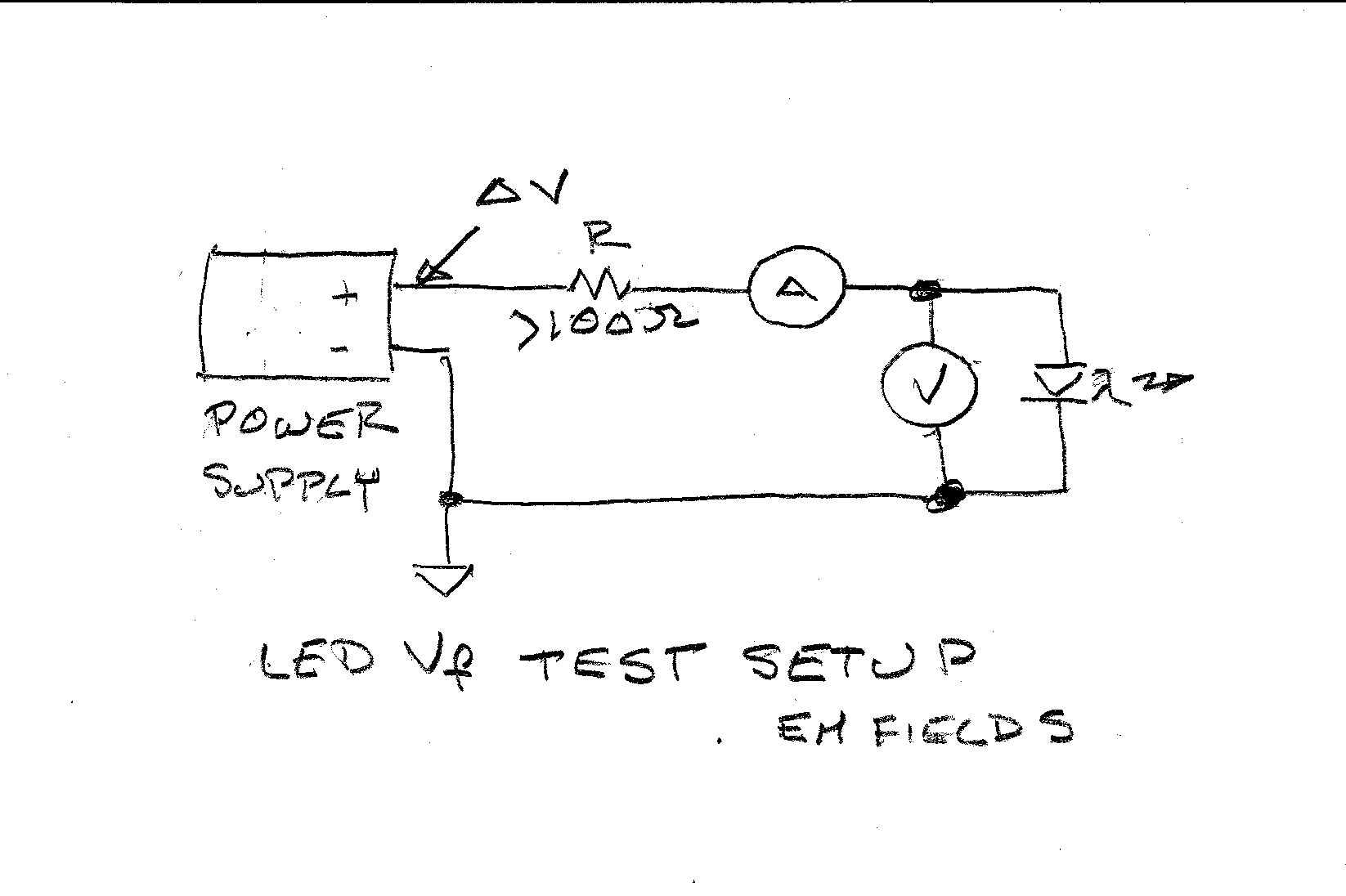 The power supply is any voltage-variable supply, R provides a ballast for the LED, decreasing its sensitivity to power supply variations.

That'll keep the LED from releasing its magic smoke if you inadvertently crank up the supply too far, and its value [R] isn't critical, within reason.

and you'll need some headroom on top of that for the LED.

In use, what you'd do would be to start the supply off at zero volts and then crank it up until the ammeter read 20 milliamps, then the voltage displayed on the voltmeter would be Vf for that particular diode at that particular current and ambient temperature.

Referring back to your question, the way to determine what value of series resistance is "right" for your LED is first to determine its Vf at the desired forward current (If) and then to use Ohm's law to determine the value of the resistance, like this:

Then, to determine the power the resistor will dissipate we can write:

Build a constant current source because common bench supplies wont go down that low.This could be an easy 1 or two transistor circuit . It is easy because it doesn't need to be accurate . A sensible current would be the current that you intend to drive the led with . Now your DVM will give you the forward volts measurement and you wont blow any LEDS

Not the answer you're looking for? Browse other questions tagged led voltage resistors or ask your own question.

4
How do I find out which current/voltage to use for an unlabelled LED panel?

31
Doesn't using resistors serial to LEDs all the time waste a lot of energy?
1
How to wire multiple 2 volt flickering LEDs to work on 12V auto system
1
Trouble with very first circuit
0
Pulsing an LED with no series resistor
2
Easiest way to read a large bank of LED's
0
9x 1W LED's parallel + series resistor calculation help needed
4
How do I find out which current/voltage to use for an unlabelled LED panel?
1
Most efficient way to drive a low power LED at half brightness
1
LED circuit is draining AA batteries REALLY fast