Background/What I have tried
The design containing this PCB spiral is a reference design from Linear Technologies and there are design files available for download here (clicking link will download a .zip-file). The design files contains a Mentor Pads PCB file but also Gerber files.

The ECAD system I'm using is Altium Designer 15.1. Since the Mentor PADS PCB file is of binary type I can't import it into an Altium Designer layout document. Altium designer can only import ASCII type Mentor PADS PCB files and I don't have access to conversion tools for converting from PADS binary format to PADS ASCII format. Therefore I tried to import the Gerber files into an Altium layout document. The result is not right at all, there is just a mess of top layer copper.

Added to original post (1)
The way I've been trying to do the import of Gerber files into an Altium Designer PCB document is that I open a new PCB document and then I import one Gerber file at a time by choosing File->Import->Gerber File. I stop after the first import since I just get a mess of tracks and pads.

Added to original post (2)
Just opening the Gerber file using the Built in Altium CAMtastic viewer is not the complete answer for me. I would like to transfer some design elements from these Gerber files into a design for reuse.

I have downloaded the design you are dealing with. The gerber files, all layer files have .PHO extension.

If you rename the files as follows you will be able to open them in Altium:

I have identified the layers by the PDF appendix. For Pastemask (GBP, GBT) and Silkscreen layers you should search for their Altium extensions.

These modified files can be dragged and dropped into Altium, example for Top layer: 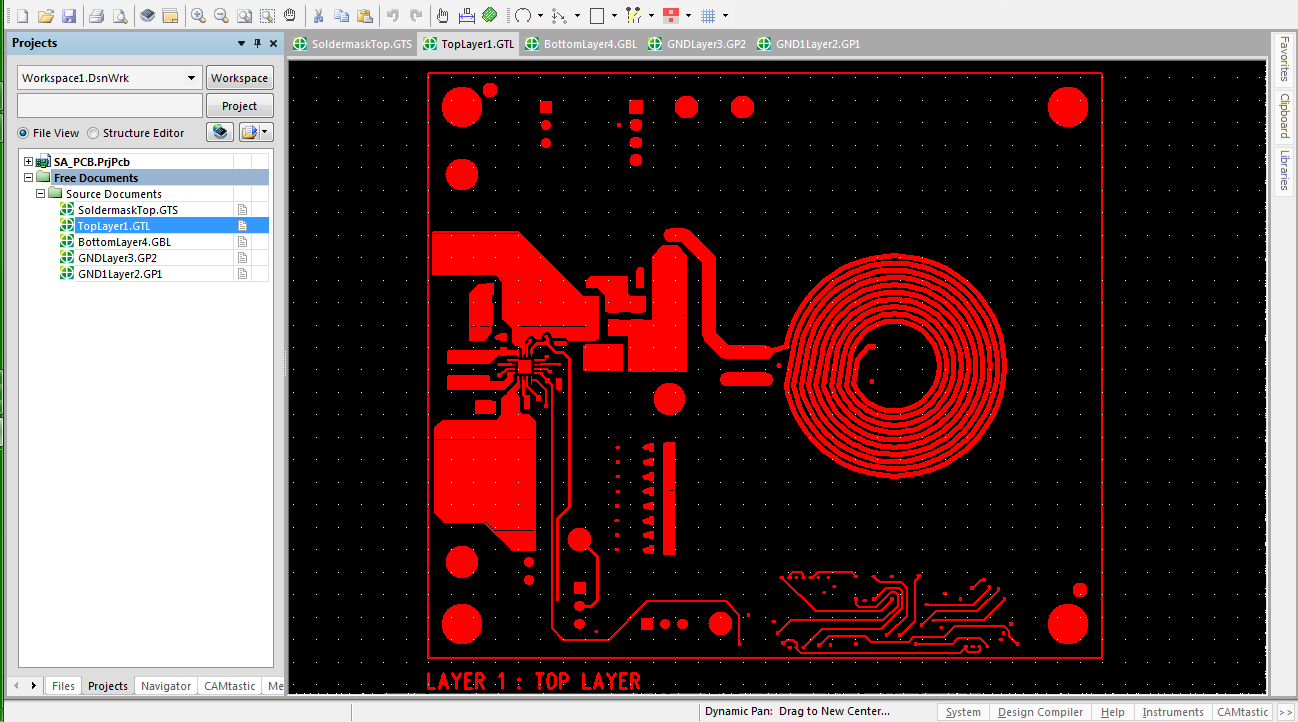 This way all layer files are easily openable in Altium.

The only way round I found was getting old PADs Logic/PowerPCB files into Altium Designer were to first find a local company, that uses Pads, to go through my files on a USB stick and export in ASCII format. Each file, for schematic (.txt) or layout (.asc), were exported as version 9.5 ASCII file (NOT PADS VX ASCII) which seemed to be the latest that Altium designer would support.

I do not think you can import Gerber file and convert into a native format like .Pcbdoc or a Pads file since Gerber is an instruction file for print/manufacture.

Not the answer you're looking for? Browse other questions tagged altium eda gerber or ask your own question.

8
Can you load Gerber files back into a PCB layout designer such as Eagle?