How to apporach this phasors exam question with gernator parameters and currents given?

Here's the picture of the circuit: 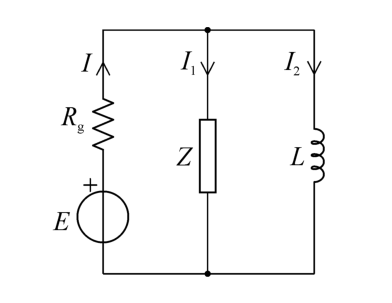 Next on a phasor currents on a circuit should form a closed figure.

If we don't have any starting phases in a circuit, we can set the phase of one element to

zero, proclaim it the reference phase and calculate the rest of the phases with respect to it.

So since the two currents going out of the current \$I\$ have same effective value, I concluded that the three currents need to form a triangle with sides of the same length, like on this picture: 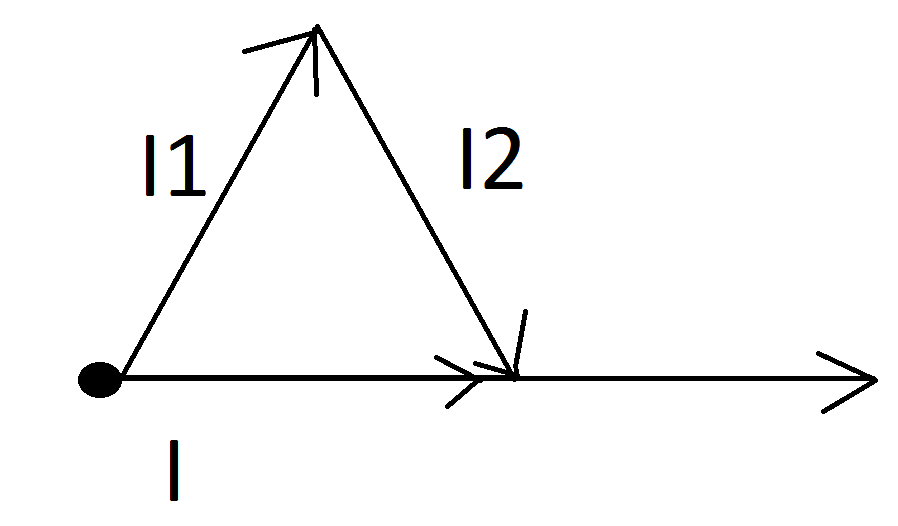 So my problem is that I have a bunch of rules and I can't determine when whey should be applied, as I have shown.

Can anyone explain to me where my reasoning is wrong? For example in the inductor branch, in which cases will current lag behind voltage by \$ \frac {\Pi}{2}\$ and in which by some other number? When can I rely on voltage and current on a purely resistive branch to be in phase? According to Kirchhoff's law the sum of currents in a node should be zero, so on a phasor currents for that node should form a closed figure but in this case they don't.

In my books this isn't clearly explained and most problems we have in problem collections don't have detailed solutions.

I give up. I can't solve the problem given, I think more information is needed beyond what is in the problem statement, and I wouldn't be saying that if I had not hacked away at it and wound up at this point. To begin with, the problem is as follows.

My claim is that this is unsolvable. I owe a little explanation for for my claim before I change the problem and solve something different. Basically, the fact that \$\underline{Z}\$ and \$L\$ are unknown gives 3 unknowns. Combined with the power factor of the circuit, this gives 4 real unknowns. You can do mesh analysis or node analysis and find that you will have 2 complex equations, minus one reference. You're one short.

Here is what I would add:

The only way I know to do this is to use the answer given in the problem, so now that I have that out of the way I'll hack away at this. I'll introduce only \$Z_{e}\$, which is the combined impedance of the 2 parallel components. I might also forget some of the vector bars, forgive me please. Start at the voltage source and note the following, using the general \$|V|=|I| |Z|\$ property.

Now I'll define my reference and follow through the voltage a bit. The notation I use is \$U_1\$ for that obvious voltage point after the resistor. I'm using \$-\psi\$ for the current angle because I already know it's a net inductive circuit, which is just from knowledge of the solution.

I need to write the equation for the equivalent inductance.

Anyway, I'll just skip some steps and write the values. I hope to come back and put more in later. Sorry about the lack of actual circuit analysis in this answer.

I think this was a bad question, and I hope I've given enough breadcrumbs of a consistent answer for your to prove this to someone else. Maybe I'm wrong, but if my current analysis is right, I would hate to have for anyone to be given this on a test.

Not the answer you're looking for? Browse other questions tagged current phasor or ask your own question.

0
Calculation in the phasor domain
1
What is the transfer function of an LCL filter?
0
Phase of this AC circuit
6
Fourier series of output voltage
0
Confusion with interpreting leading and lagging concepts for given electrical quantities
0
Simple phasor problem with AC
0
How does one relate an RC circuit's time domain solution to phasors?
3
Inconsistency in Values of Laplace Transformed Current when Changing Units