Can a photodiode distinguish between daylight and white/blue LED?

I am working with a photodiode that is supposed to detect very tiny amount of LED light(the light will be programmed by an attiny 85). Using different kind of lenses I succeeded amplifying the light amount that will fall on the photodiode. Making use of op amps I could bring the photo detector to trigger an action (start a servo motor) as the small light amount was falling on it. 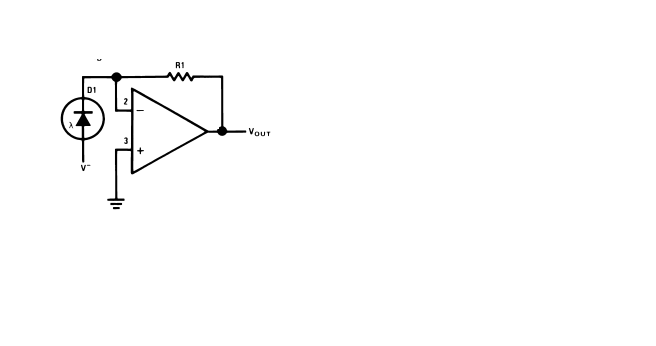 Now I have the problem as this experiment only works in dark environment. Since the photodiode has become very sensible with the op amp even small amount of daylight is detected by the photodiode. The photodiode I make use of is VTB8440BH (Datasheet Photodiode http://www.farnell.com/datasheets/57158.pdf.) As per datasheet its sensitivity peaks at 500nm. Since the light source is a white/blue LED ( arrnd. 450nm) I have selected this photodiode. However now I learned that even the wavelength of daylight settles btw 350 and 700 nm. Hence I experience the problem as mentioned above that the photodiode cannot differ between both the lights. I am aware to avoid this issue I should/might use an Infrared Light source. I have also learned that I might use a filter to avoid daylight however in my case I doubt (not sure though) that only daylight can be disselected filtering the led light. However I want to do it with an LED. Is there a possibility to avoid daylight and detect white/blue led???

I have already considered interesting discussions however I could not extract the required information for me to address my issue. how to make a system respond to IR laser? Poor man's IR obstacle sensor make sense(improve) from signal under daylight

The peak spectral response of your photodiode is actually about 580 nm. So get rid of the blue/white LED, and go with a yellow-green ultra-high-brightness LED. Then get a narrowband filter at about the wavelength of your LED. Thorlabs, for instance, has a good selection for not too much money http://www.edmundoptics.com/optics/optical-filters/bandpass-filters/visible-bandpass-interference-filters/3429/. Don't worry too much about perfect matching of your filter and LED, LEDs usually have a pretty wide (10's of nm) spectrum. The use of a narrow-band filter will be critical in getting rid of unwanted sunlight.

Once you've done that, get a better op amp. If you're trying for cheap, even something like a TL081 will be better than an LM358. You'll have to use a split supply, something like +/- 12 or +/- 15 volts. Get over it. You need a split supply anyways in order to bias your photodiode. If you really don't like providing a higher supply voltage, and LF356 will work fine at +/- 5 volts. Also be aware that you probably should put a small capacitor across your feedback resistor for stability.

This may or may not fix your problem - it will help, but it may not be enough. There are two ways to work around this. The first is to get a second photodiode, and use a different filter on the input, with (let's say) a 100 nm difference in filter wavelength. Just as an example, let's say you use a 580 nm and a 680 nm filter. Both will receive about the same amount of power from sunlight, but only the 580 will get LED power. So you would detect a return only if a) the 580 signal level is high enough, and b) the 680 signal is distinctly lower, like less than 1/3 of the 580 signal.

If this doesn't work, you would need to modulate your LED, and look for the right frequency in the 580 return. The simplest (and least effective) approach is simply to put a bandpass filter on the 580 signal, so only the LED variation gets through. For tougher cases, you need a synchronous demodulator, which sounds scary but can be as simple as an op amp and a FET. See http://www.analog.com/media/en/technical-documentation/technical-articles/Use-Synchronous-Detection-to-Make-Precision-Low-Level-Measurements-MS-2698.pdf, figure 4. This is also called a lock-in amplifier. If you're willing to learn how to use one, you can do amazing things pulling a signal out of noise and background.

Update:
I will enhance it with a more formal explanation:

Suppose that we have an LED emitting wavelengths in a range(or set) \$L\$. The sunlight is emitting in the range/set \$S\$. We can safely assume that \$L\subset S\$. So having photodiode \$P_1\$, sensitive to both \$L\$ and \$S\$, and having a photodiode \$P_2\$ sensitive to a set \$D\$, which is \$D\subset S\setminus L\$ (i.e. the spectrum which is a part of the sunlight but not of the LED), will allow us to make these conclusions: $$ Sunlight\_detected = P_2$$ $$LED\_detected=P_1\wedge \lnot P_2$$
Of course, this logic won't be able to detect the case the LED is on and the sunlight all together, as the sunlight will defeat the LED.

What I've done in the past to solve this exact problem was essentially to use a kind of waveguide. It wasn't fancy, just a cover around the LED and a cover around the receiver so that only light that was very directional could get to the receiver and thus, only light produced by my LED was received strongly enough to matter. I also used infrared LEDs. They worked well up to about 20 inches apart. I think I also modulated the LED, but I can't recall what frequency I used.

Not the answer you're looking for? Browse other questions tagged led light photodiode or ask your own question.

1
Poor man's IR obstacle sensor make sense(improve) from signal under daylight
1
how to make a system respond to IR laser?

9
Measuring light levels with a photodiode and an ADC
6
What type of method for producing White-Light LEDs is the most common?
2
How can I power the blue LEDs separetely on this aquarium light?
3
Narrowband photodiode vs LED
2
How to amplify little signal of a photodiode using an OP amp?
1
How to modulate a LED to send data and recieve with a photodiode
2
Light intensity and photodiode current
0
IR Sensor Replacement
0
LED and Photodiode Data Acquirement System