can someone please help me to solve this problem? This is the scheme: 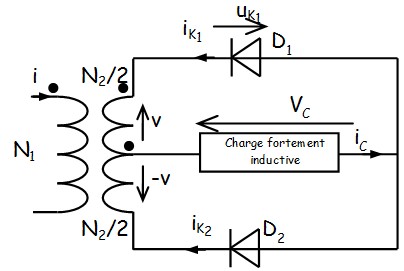 I can't recognize where the voltage can turn because all the diodes are blocked.

By simply redrawing the circuit in a more conventional way it is easy to see that it is a full wave rectifier circuit. If transformer centre tap is taken as 0V then the joined anodes of the diodes form the negative voltage output terminal.

I've never heard the term "charge fortement inductive' but it sounds like some form of on-line translation of an inductive/capacitive smoothing filter. 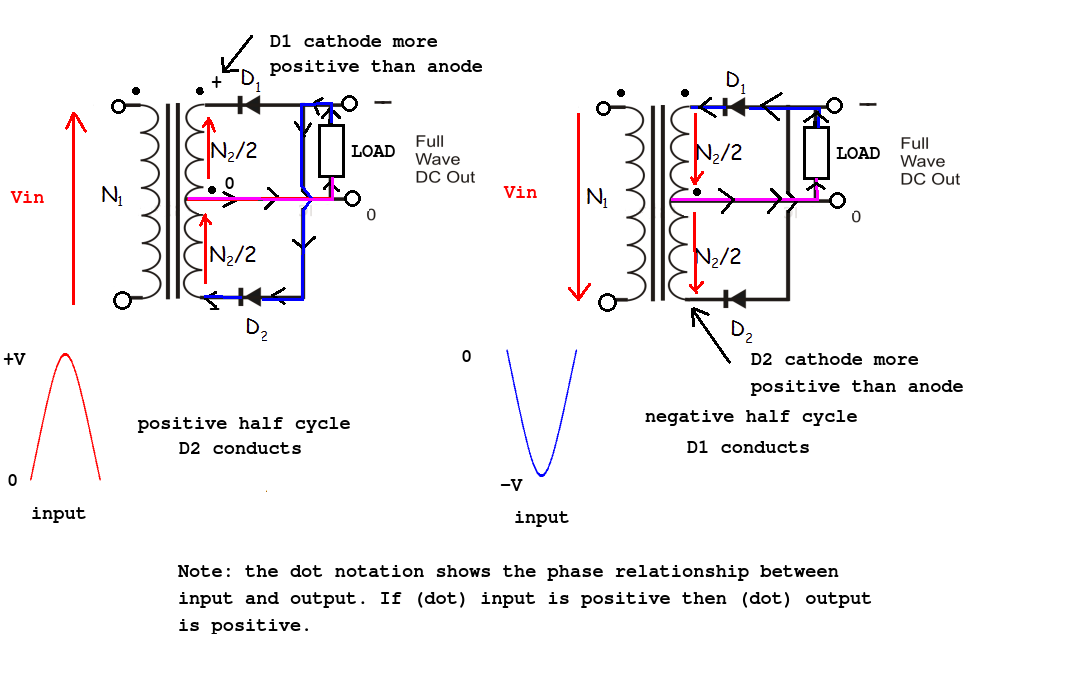 On the negative half cycle input the output voltages are reversed and current can only flow through D1.

The LOAD will experience current flowing in the same direction on each half cycle.

The secondary voltage arrows are confusing this. As mentioned in the comments the input and output will be AC. Every 1/2 cycle one of the two diodes will be forward biased and thus will permit conduction

When Vin is positive D1 will be reverse bias (note the dot of the XFMR), but D2 will be forward bias. This facilitates current flowing around the bottom 1/2 of the output stage

When Vin is negative D2 will be reverse bias but D1 will be forward bias. This facilitates current flowing around the top 1/2 of the output stage.

The result is the load always see's positive current flow