Is it ever useful to add a capacitor between op amp inputs?

Is it ever a good idea to add a capacitor between the inputs of an op amp?

I'm building an electronic load roughly inspired by some of the Dave Jones derivative circuits out there. I've adopted the standard of being able to fully explain the role of each component in the circuit so I can learn the most from the exercise, and so it's almost as if I've designed the circuit from scratch when I'm done.

One of the popular builds is depicted here: 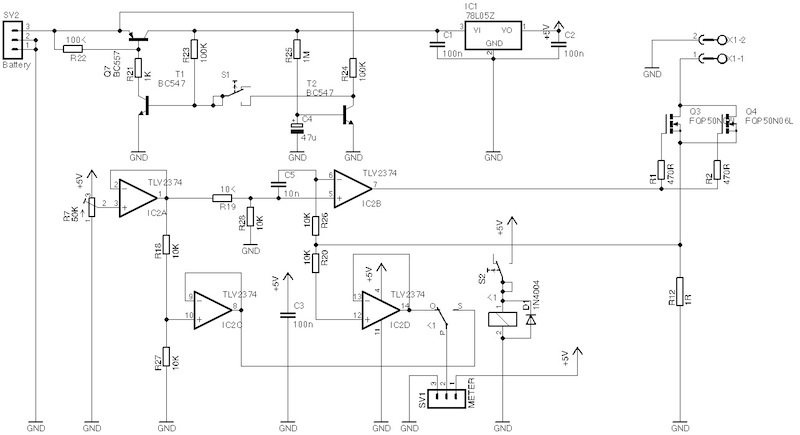 Notice that C5 (10nF) is attached across the inputs of IC2B. The poster mentioned that he was only able to achieve stability by adding that capacitor.

Something about seeing a capacitor there just seems wrong to me, but being something of a beginner with op amps, I thought maybe I was missing something and just haven't come across that before. The reading I've done on op amp stability seemed to indicate that capacitance on the inputs was a negative factor and something to be compensated for, not added.

I don't actually have a stability problem in my circuit, not yet at least, although I do have bypass capacitors (0.1uF) in there from Vcc to ground and from the non-inverting input to ground (to filter out EMI from the reference voltage pot.

Is adding a capacitor across the inputs ever a good idea or did the designer just get lucky in this case?

I think he got lucky- that hairball haywired circuit probably had some inductance that caused the oscillation. High currents only require a small layout issue to cause feedback voltage to show up- at the 750kHz that he reported and several amperes it wouldn't take much.

In answer to your question, yes there is a valid reason to use such a capacitor even though it generally reduces stability. It has to do with EMI sensitivity of op-amp front ends which can produce an apparent DC offset via nonlinearity of the front end response. Since low level signal generally require high gain, stability is less of an issue than it would be with a very low gain circuit.

3
PA84 op amp instability at high(er) +/- V_s supply voltages
1
damaged capacitor and/or power amp
6
Understanding resistors on inputs/outputs of op amps
7
Why do the inputs of this CC circuit op-amp need clamping?
4
Define input current of Op-Amp
0
Delay Low Signal, Fast High Signal
4
Is there a difference between specialized audio amplifier and general op-amp silicon?
43
Why did Axial Capacitors Fall Out of Use in the Industry?
1
Is there a limit to the number of inputs that can be summed with an op-amp summing circuit?
4
Understanding on frequency compensation on driving capacitive loads with an op-amp