When using nodal analysis of a circuit involving CCCS, how do you know which currents are entering and which are leaving?

I am trying to solve the following circuit: 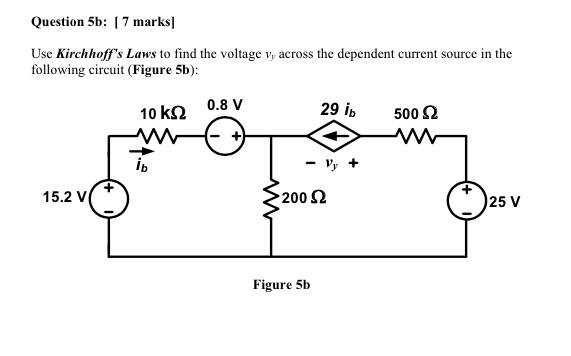 This is my LTSpice diagram: 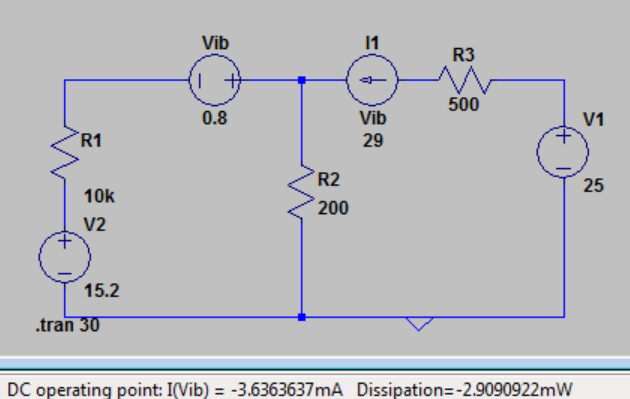 I found \$i_b = 1\$mA by doing a loop voltage analysis on the left loop; for the voltage drop across the \$200\Omega\$ resistor I assumed that it would be \$i_b + 29i_b\$, which works out to be a nice number and in fact all of the numbers are nice in this case--usually when the numbers are nice, you know you're doing it right. 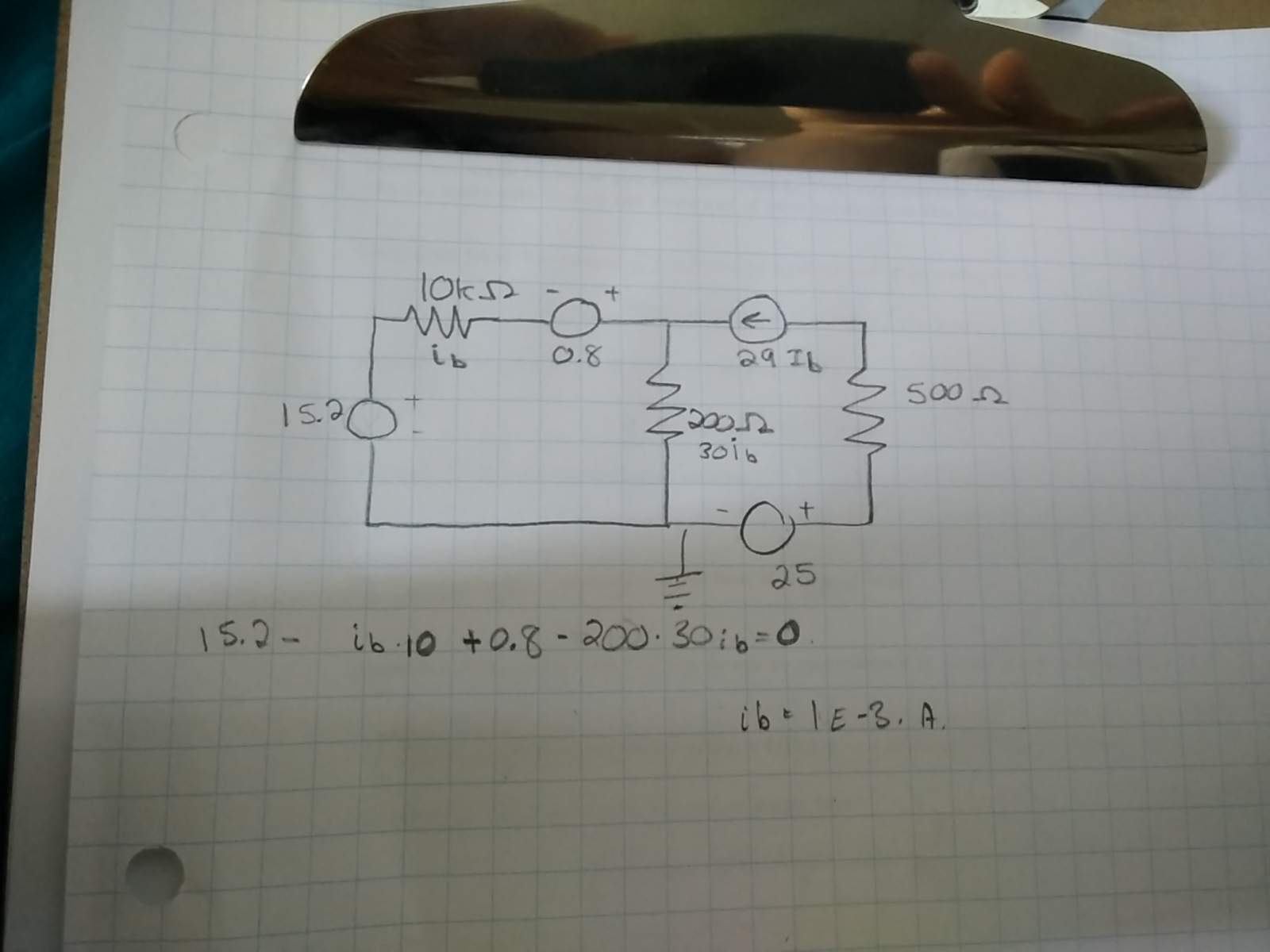 Instead of giving me the answer directly, I would just like to know how to determine whether the current at a node is entering or leaving a branch.

Your paper analysis is correct, but your LTspice simulation is incorrect. I get the same (incorrect) result as you if I use a gain of \$+29\$ for the F device (your \$I_1\$). But the gain should be \$-29\$ since \$i_b\$ flows from the negative to positive terminal of \$V_{\text{ib}}\$. Changing the gain gives you the correct result. 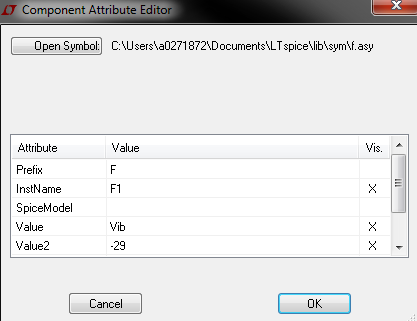 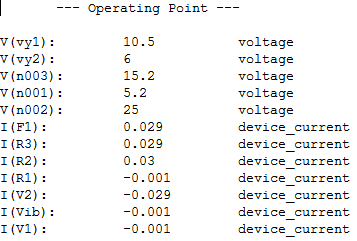 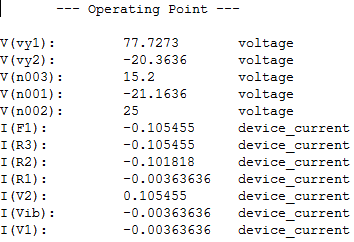 While doing these type of problems don't worry about current directions. First covert \$i_b\$ in terms of the principle node, then apply nodal analysis thereafter and find all the currents in the branch. Then you will know the direction of currents.

Not the answer you're looking for? Browse other questions tagged current circuit-analysis ltspice kirchhoffs-laws or ask your own question.

0
How to apply nodal analysis when value of dependent voltage source depends on current of a plain wire?
1
Offset diode model
0
Mesh Current Polarity, Equation Setup
0
How do you write the system of equations that solve the nodal voltages for this circuit?
0
Can a Dependent source be dependent on itself?
0
Position of the voltage source with parallel resistors
0
Circuit Analysis Problem, KCL Nodal Analysis with Supernode
0
Two seemingly analogous cases of using Kirchhoff's current law to calculate current through a node
1
Double loop, double voltage source circuit analysis problem, with three unknown voltages/currents, using Kirchhoff's laws and Ohm's law [Post #2]