When transferring a circuit from breadboard to stripboard, I often struggle to manage the wiring; often it starts looking like an overgrown garden; the components inevitably start disappearing under the wires. Not to mention the wires disappearing under each other, making mistakes near impossible to trace. But I want to keep the board as small as possible.

What kind of wires should be (or could be, or are most often) used for low voltage, low current circuits?

Up til now I've used the same wire as with the breadboard, (single strand) as I find it easy to work with since it retains its shape and I can route it round components. However, it's quite thick so doesn't lend itself to compact boards. See pic below: 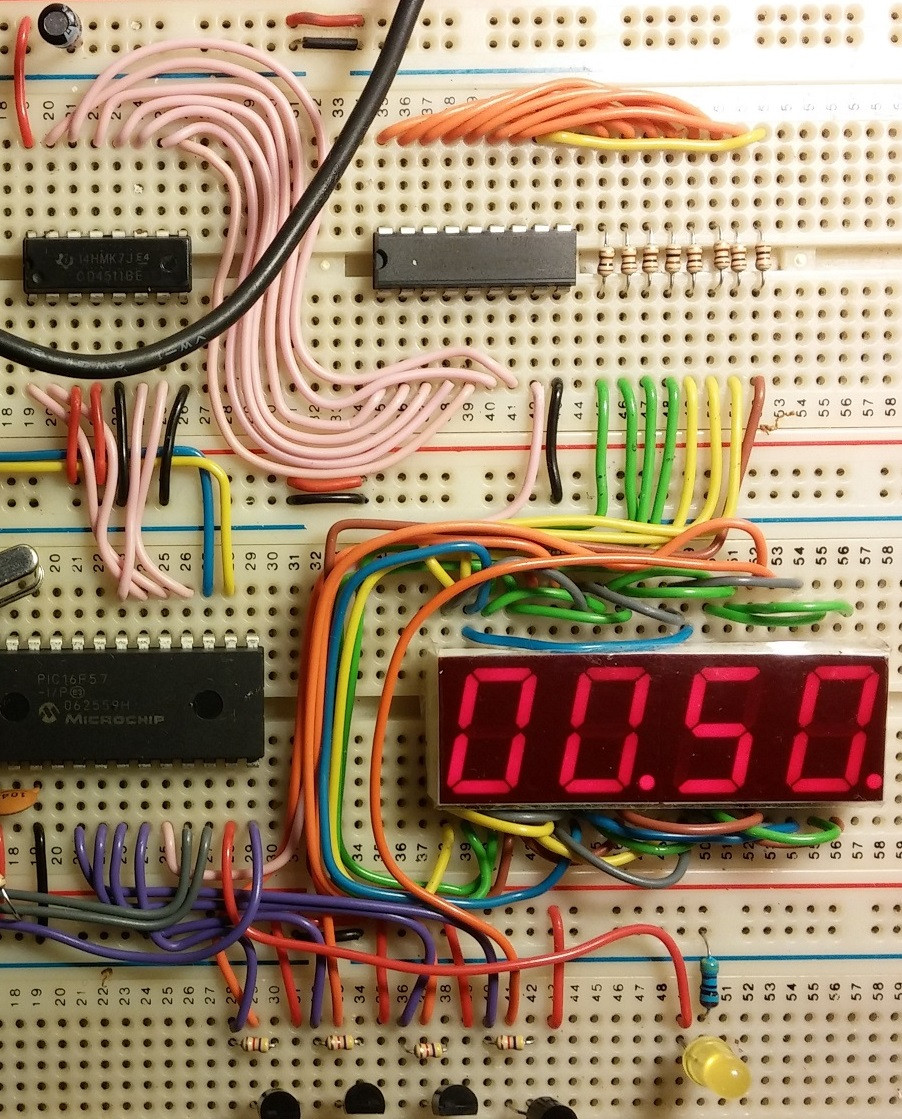 I searched on Google and decided that this looked like the neatest (or at least most manageable) stripboard circuit out of the results: 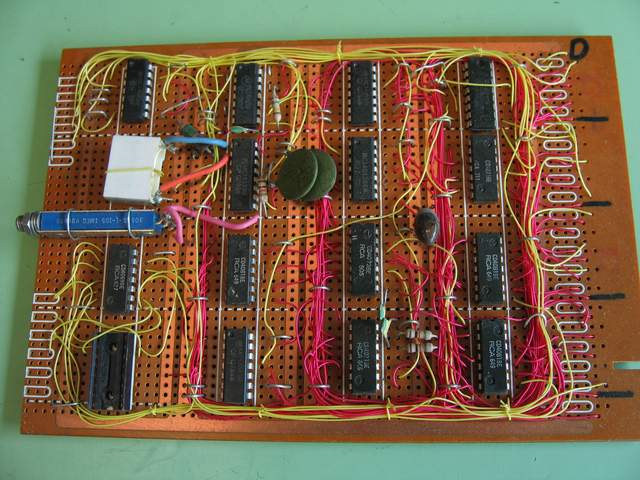 What kind of wiring is that? I can't find any cable like it for sale. (At least not single core, but I don't fancy spending hours taking the outer sheath off ethernet cables or the like.) (I assume they're multi-strand.) The closest I can find is 30awg hook-up wire, but the outer diameter of that doesn't seem much less than what I use for breadboards.

Advice would be great. Thanks

Wire wrapping with a proper tool is actually a great technique for building one-off circuits with lots of DIL ICs on. It's easier if you use sockets: http://www.jameco.com/1/3/dip-wire-wrap-ic-sockets although it adds to the cost. It can be less time-consuming than soldering thousands of joints by hand, too. 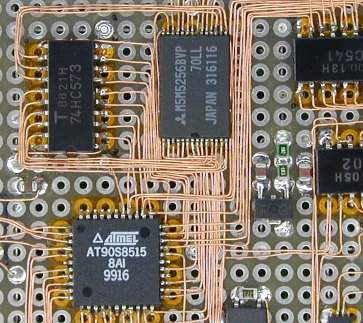 Fine (34 AWG) solderable enamel wire (aka solderable magnet wire), isn't enamelled but is coated with polyurethane, etc. No stripping required, soldering turns the polyurethane into a flux and exposes the copper.

Back in the day people used some sort of 30awg wire for this job. But instead of a proper insulation they had something like a thin layer of colour. The problem was that after some time using the pcb this insulation would break and you end up with errors again. This is maybe why no one uses it these days.

The closest you can get might be transformer or coil wiring. https://en.wikipedia.org/wiki/Magnet_wire

Or you try something like this http://www.adafruit.com/product/1446 They even speak about the old day methods there.

Or you wait until the next 5 people suggest to make a pcb. ;)

I think PCB making is not a expensive thing. for your circuit it will not increase a meaningful cost. you can design a PCB using software FREE. and you also Eatch your PCB using IRON and FeCl3

Not the answer you're looking for? Browse other questions tagged wiring prototyping stripboard or ask your own question.

50
Stripboard/veroboard/matrix board design software
3
Stripboard resistance
1
solder pins for stripboard to breadboard
3
Use for trackless / bare stripboard?
1
Looking for a particular solution to a wiring problem
7
What is the current carrying capacity of a single stripboard track?
1
A more elegant solution to wiring this system?
1
Stripboard: Linking Neighboring Rows