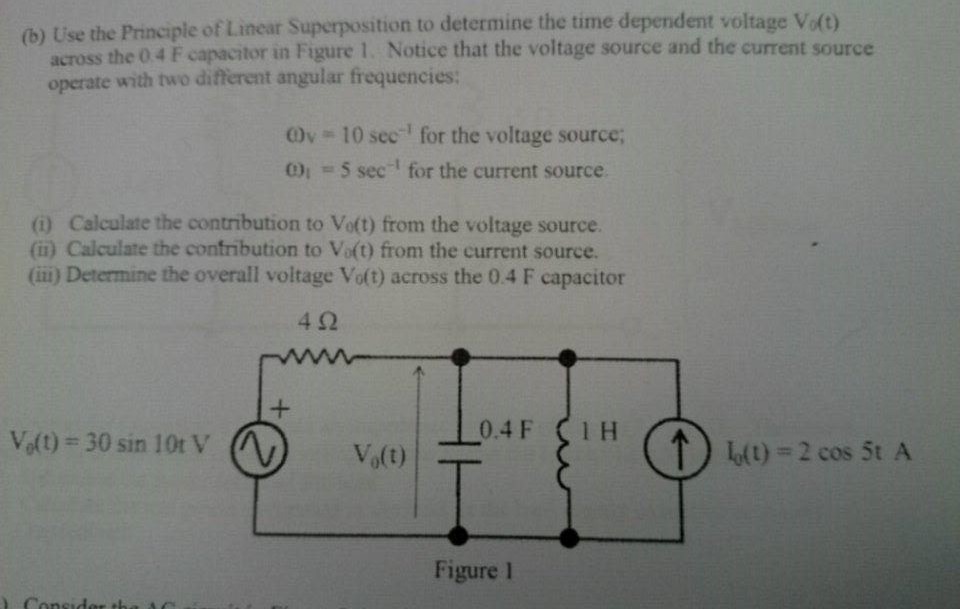 Do the same for the current source and add the two?

Either write the differential equations with two storage elements, or solve it as a phasor circuit with two impedances in parallel and convert back to time domain.

how does differing angular frequencies change the summation of the two sources?

It has nothing to do with the current division theorem. It's simply the consequence of being connected in parallel and Kirchoff's voltage law. No matter what path you take from node X to node Y, you must get the same potential difference between X and Y.

Do the same for the current source and add the two?

For a basic rundown of how to solve circuits by superposition, see here.

You clearly didn't understand the Principle of Linear Superposition, because if you use it you cancel 1 source to find the response of the other source. So than you don`t have any problem causing by the different angular frequency.

I would recommend you read against theory of the Principle of Linear Superposition.

Not the answer you're looking for? Browse other questions tagged circuit-analysis superposition or ask your own question.

12
How do I use superposition to solve a circuit?