A previous question on doppler shift velocity sensor make me ask this question. @Chris_stattron provided an insight but I was too curious to leave it at that comment hence the question.

Now, my initial, software driven approach was to sample this at say 100Khz and look at the shift digitally but Chis suggested an analog cancellation approach using a receiving mixer. Essentially, what he said was that the local oscillator frequency is used for the receiving mixer and the signal, so that the return signal could easily be sampled with a simple ADC as opposed to expensive ADCs.

Could one of the masters could enlighten us about this approach and probably provide some pointers?

Mixing outgoing and returned signals and taking the difference as an indication of relative velocity is by far the easiest way of calculating velocity from Doppler shift.

As often, a useful place to look for the general principles is Wikipedias article on Doppler shift and I don't need to duplicate much of this.

The most important aspect is how to determine velocity, given by

Put simply, doppler frequency is transmit frequency multiplied by the speed of the remote object as a fraction of the speed of sound. If you move tx and hold rx steady the term ends up on the bottom line but the result is close enough to the same.

NOW you can meaure Ftx and Frx and calculate the difference, but the opportunities for error are significant. Instead, just heterodyning the two in a mixer and low pass filtering to extract just the difference frequency gives you what you want automagically.

Here is a complete "simple" medical Doppler ultrasound unit. I've included the lot rather than just the mixer you asked about as it shows several useful things. At the top is the Tx (transmitter) and at the bottom the Rx (receiver). In the middle is an unnecessary (for your purposes) extra part but it shows the principle of mixing a second time. If you connect pin 1 of the two AD633's and remove the middle block you get basic Doppler RADAR unit. The transmit signal on pin 1 and received signal on pin 3 are combined to produce sum and difference frequencies. The AD633 is a 4 quadrant analog multiplier AD633 Datasheet. Circuit diagram from here

There are a range of ways of mixing signals and this is certainly not the cheapest but is a good starting point due to the "worked example". The AD633 in the block removed from the middle does exactly the same as the bottom one except that it mixes a local signal that offsets the transmit signal so that the output Doppler signal is in a more convenient range for the application - just ignore it is this is confusing. 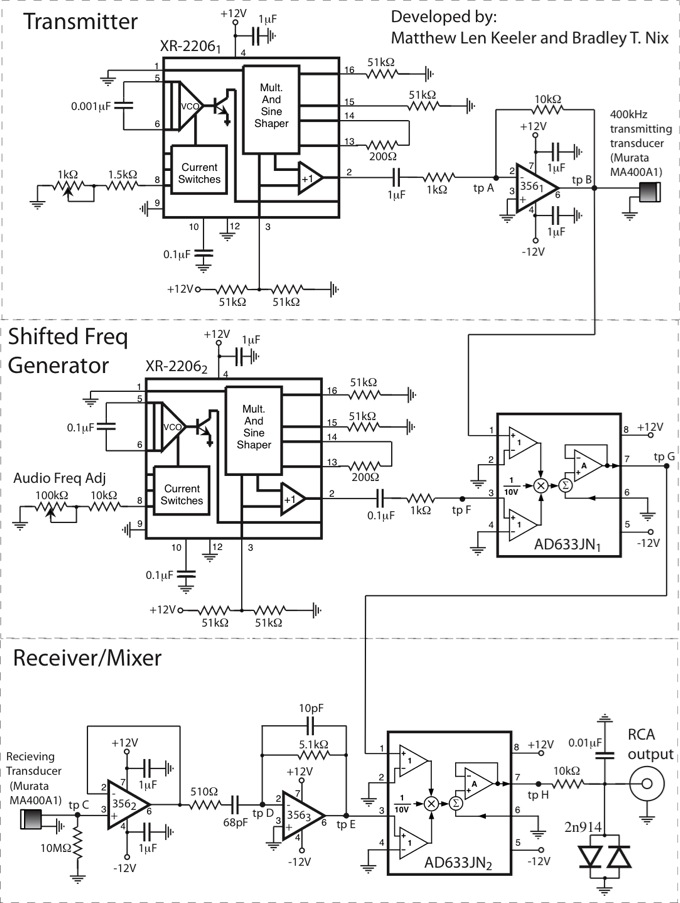 About the simplest and cheapest mixer available is a "diode mixer" which uses the non linear characteristics of a diode to mix two signals. There are simpler versions than this 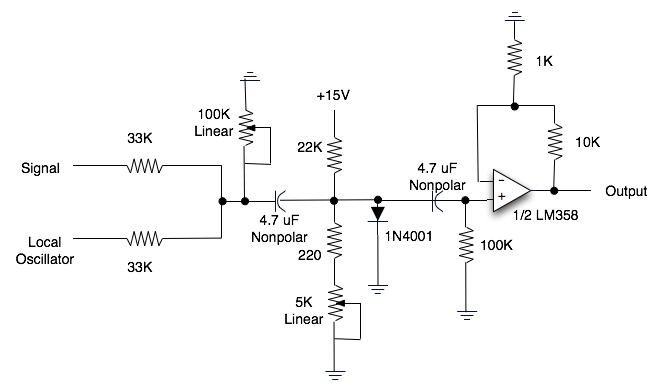 but this is a bit more explanatory visually than the simplest possibilities. Circuit diagram from here 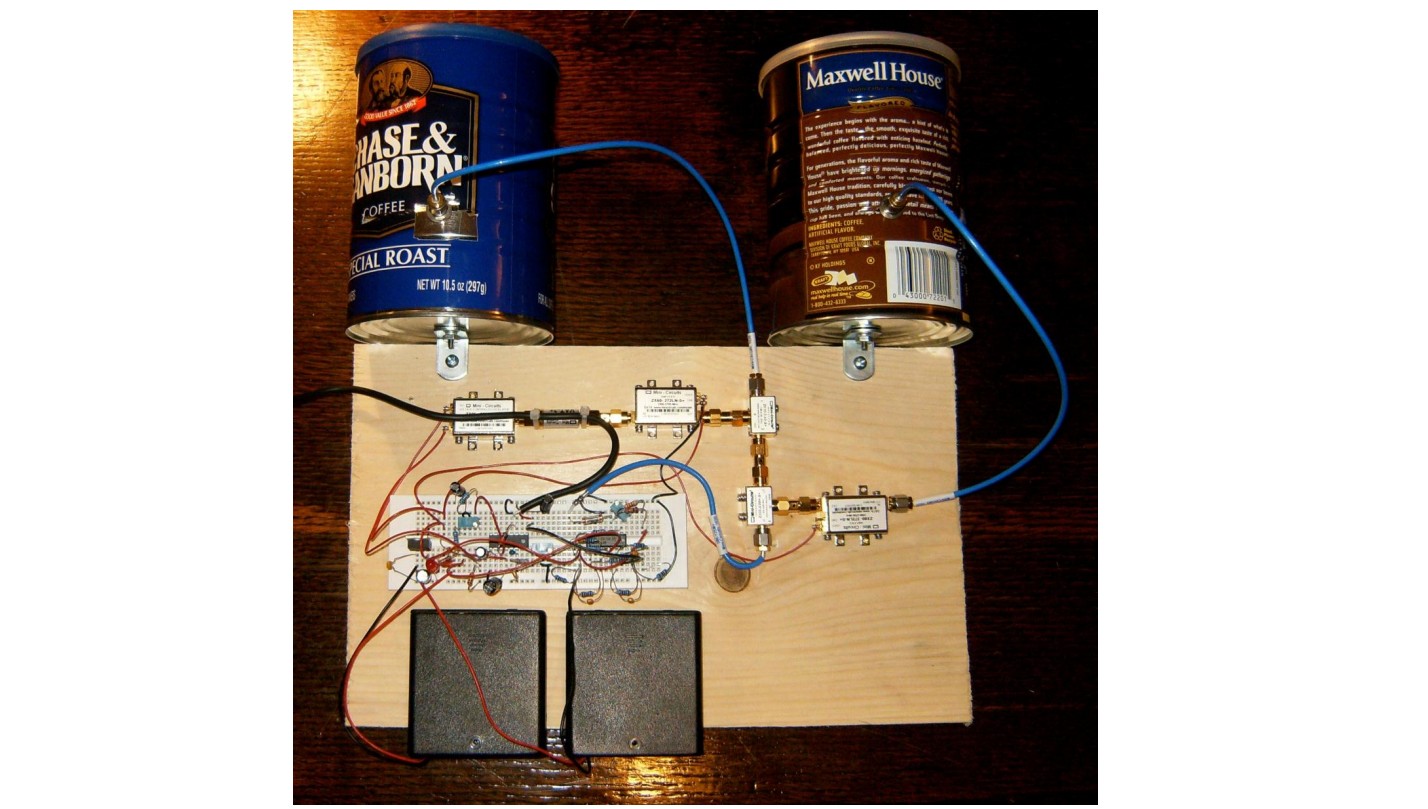 Not the answer you're looking for? Browse other questions tagged frequency-measurement mixer or ask your own question.